Film Connection screenwriting mentor Matthew C. Temple is a prolific doer—a producer/writer/director whose movies have been distributed by Universal Pictures, Columbia/Sony Pictures, and more. His documentary Hardball: The Girls of Summer follows top female baseball (not softball) players as they fight for recognition, acceptance, and equality and pursue their dreams of winning a Gold Medal at the Women’s Baseball World Cup. Matthew just wrapped the feature film Caged, which he produced, and recently released The Creative’s Handbook which shows aspiring creatives how to get unstuck and move into the practice of perpetually creating meaningful work they’re passionate about.

Your documentary Hardball: The Girls of Summer went from being a year-long project to one that took three years to complete. What was that journey like for you?

“It was a long process… of starting with an idea, and then as a documentary, the idea changed and the idea changed, you know, because it wasn’t a historical documentary…. For lack of a better word, God’s hand was writing this thing. I was sure I knew what was going to happen when I started filming. It was like the numbers showed me that this is basically going to happen, and then that didn’t happen at all. So yeah, it was a pretty amazing process.” Matthew explains how the Creative Journey is the Hero’s Journey in our Straight Talk video below!

As a pro, how do you remain confident when you see the subject of your documentary shifting right before your eyes? What’s your advice to newbies who find themselves in similar situations?

“All the doubts and everything, it’s there. I don’t care who you are…. There’s a documentary about when Francis Ford Coppola, who’s in my documentary by the way… I’m very proud of that… when he was making Outsiders there was this moment where he was like, ‘I don’t have a movie.’ If you ever read the book and watch the movie, they’re completely different. I think Rob Lowe’s character was supposed to be the main character. He barely shows up in the movie at the end. He [Coppola] had to rewrite it in the editing room. …

So, is being bad at screenwriting a necessary part of the creative process for aspiring screenwriters?

“One of the things I teach all of my students at Film Connection, right at the very beginning, is you’re going to write a bad script if you’ve never done it before. There’s no way around it. And almost everyone’s going like, ‘Come on, come on, come on.’ And then… by like our third meeting, they’re like, ‘This is so hard,’ or, ‘I thought I knew what I was doing and now I don’t,’ and [I’m] like, ‘Okay, now you have to keep going. You can’t stop now.’ And that’s really vital because you think like, ‘Oh, I’m not doing good work, therefore, I should stop and figure it out.’ It’s like, ‘No, you’re just not going to do good work.’… And eventually, if you’ve made enough crappy work, and you keep growing in the process, eventually you’ll make better work.”

So how does one stay the course and not give up on themselves along the way?

“So, [in The Creative’s Handbook] the first P [of the 7 Ps in the book] is picking your what and your why. So… what do I want to do? I want to make a movie. Let’s say, I want to make a documentary. In my case, my last documentary was about women and girls who play baseball, play hardball, like with men, mostly. So that was what I wanted to do, and I knew what I want to do.
And then the why… is so critical because if your why isn’t really clear, and it’s not really vital to who you are and what your values are, when the other things get more difficult, you can give up…. Erin Brockovich is a great example, right? The why was so strong, there was no way to knock her off. She was going to succeed. …

For me… I’m a father of four daughters and I saw the way that they’re the only girls playing baseball, and the way that the coaches talked to them, even when they thought they were being beneficial…. My why… was strong enough to take me through.”

Why do you choose to mentor aspiring screenwriters with Film Connection?

“One of the things that I love about working with [and] mentoring… writers, any kind of creatives, is that when you’re embarking on this, your creative journey, you’re actually embarking on your hero’s journey…. You don’t get to be the hero of the story without a ton of failures… without making huge mistakes.

When I’m mentoring writing students, I’m actually also mentoring them in their entire creative process, in their creative journey. That’s exciting to me…. It’s an incredibly exciting process.” 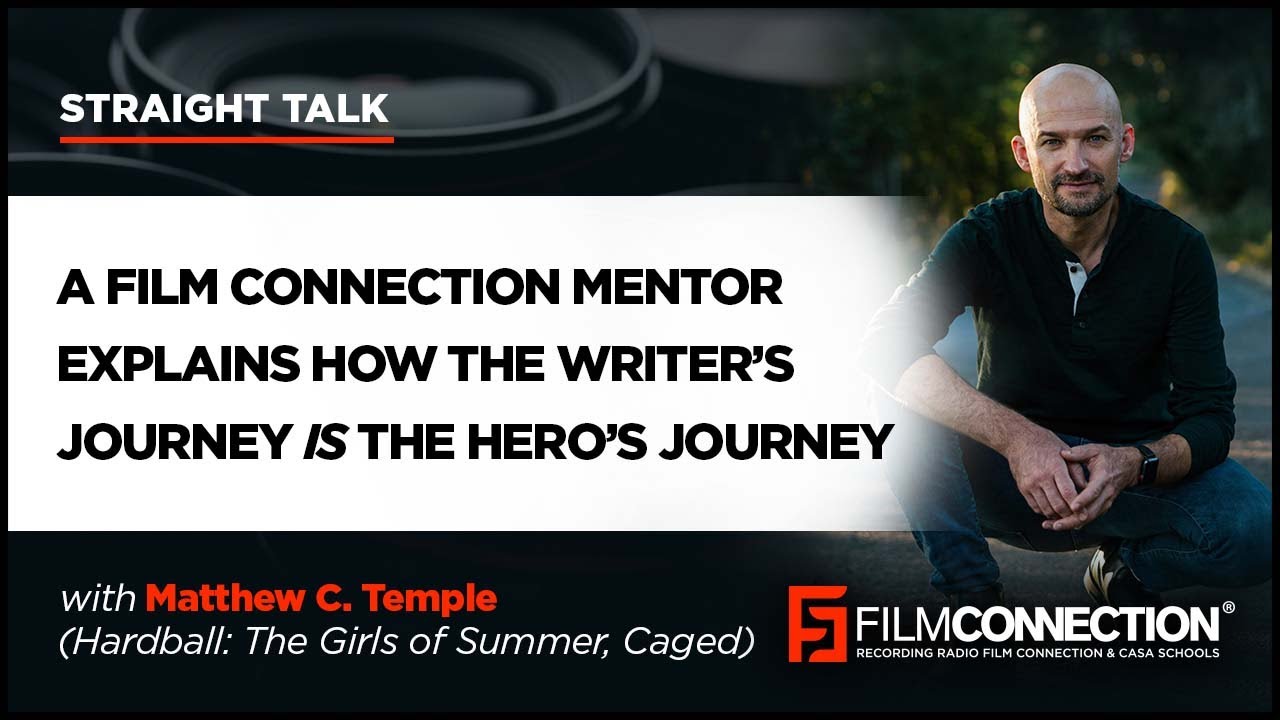