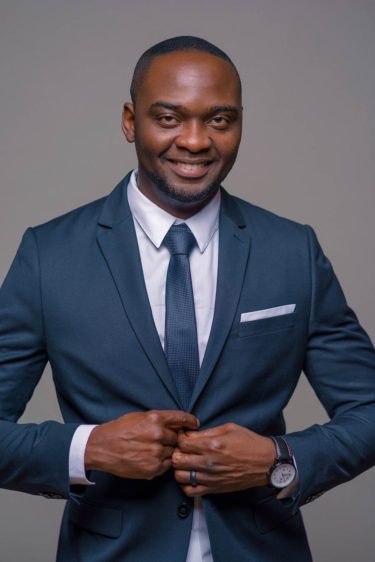 Film Connection grad Ofu Obekpa has plenty to be proud of these days. As a prime example of what sheer will and determination can accomplish in today’s DIY film market, Ofu wrote, directed and stars in his upcoming action/thriller film Klippers, acting alongside none other than wrestling icon Kevin Nash (formerly known as Diesel), as well as other seasoned actors!

Although he’d already had a couple noteworthy pitches, Ofu explains the idea and execution of his film grew out of the frustration he had while trying to get a full-length into production. “I was just tired of waiting for people to, you know, give me a handout,” he says. “That’s why I just went out and wrote a good screenplay that attracted celebrities and actors, and we ended up with Kevin Nash and, yeah, and we did the movie…It was a good process.” See Klippers on IMDB.

So how does an unknown like Ofu land a major celebrity like Nash for his indie project? He says he first got the attention of Nash’s manager after posting his project on the website Actor’s Access.

“His manager reached out to us because they saw the posting online about Klippers,” he says. “So we connected with the manager, and they were like down to earth and very easy to work with.”

At the manager’s request, Ofu sent the screenplay to Nash, who loved it. Ofu recalls the experience of connecting with him. “It’s like, wow, this is Big Diesel,” he marvels. “He’s really humble…We’d go on the phone, we’d talk with them, it’s like well, he’s normal…He was like, ‘Yeah, I want to be a part of this,’ and once a celebrity, an actor says they want to be a part of your project because they liked your screenplay, that’s a person you go with.”

Ofu’s project attracted some other significant talent as well, including his producer Conphidence (who acted in American Gods and Six), and actors like Robert Pralgo (Furious 7, Sully) and Francine Locke (Nashville, Risky Business)! “We were looking for actors, and actors were looking for us,” he says. “It goes both ways.”

All through the process of writing, casting and shooting the film, Ofu says he has drawn heavily from what he learned in the Film Connection from his mentor, Kevin Christopher of Rite Media in Atlanta. “I actually have to go back to my notebook and look at like little technical stuff,” he says. “The thing about me and my mentor is we still have relationship. This movie, he’s going to be a part of it too, you know? I go back to him, I consult him, and we go back and forth, and he’s going to be like maybe the co-supervisor…he’s going to be credited…After you graduate, you know, you still have the relationship with your mentor that he can still help you.” 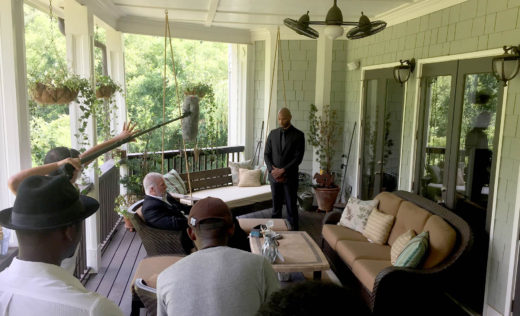 On the set of Klippers

With the film currently in post-production, Ofu is continuing to go the full DIY route for the release and distribution of Klippers, leveraging his existing connections and social media to generate buzz for the film.

“It’s just connecting, sending emails, Tweeting, sending back and forth, just staying connected to the audience and the people,” he says. “We’re just being smart about it…you know, from the views and feedback, and social media, we have quite the following. So you know, we are treating this movie like we’re going to distribute it ourselves. So that’s the energy we’re putting into it right now.”

Ofu’s proactive stance, determination and go-getter attitude have a lot to do with his current success, and no doubt his future successes.

“You have to go get it,” he says. “You’re not looking for a handout, you know? You have to go out and get it with anything in this life…You could be the best thing in whatever field you’re doing, but people don’t really know, or hear about you, you’re just as good as doing nothing. So you have to go out there.”

Ofu says his training with the Film Connection also has a lot to do with his success. “My education—you can’t put a price on it,” says Ofu. “You cannot put a price on what I learned from Kevin. I’m sure they don’t teach that in film school, the things he taught.”