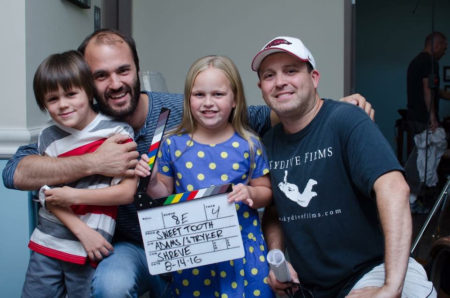 Film Connection mentor Zac Adams (Skydive Films, Nashville, TN) is known for involving his externs on his major film projects to help them gain experience and build their reels. Two of his recent documentaries, the Emmy-winning Hunger in America and Autism in America, both include credits by Film Connection externs and are now available to view on Amazon Prime. A third externs-assisted documentary, Iron Will, is currently making the film festival rounds and recently won the Audience Award at the Twin Cities Film Festival.

But in the case of his current externs, Caleb Dixon and Brandon Russell, Zac seems to have turned the experience knob up a notch or two. When we caught up with Zac a few weeks ago, the shooting schedule sounded so full that we felt lucky to have a few minutes to talk at all. Apparently, Zac is bent on getting the guys as much experience as possible before they graduate in a matter of weeks.

“Tomorrow we’re doing the EPK [electronic press kit] for a local artist here in Nashville named Morgan Clark,” he says. “They’re both going to be filming and codirecting. It’s really a project for them that I kind of helped set up because I want them to graduate with good stuff for their reel. They’re both aspiring cinematographers and editors and producers/writer-directors.”

And that’s just the tip of the iceberg. 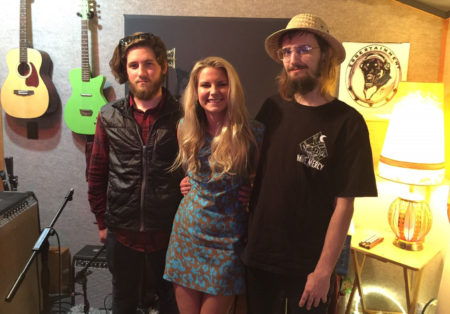 “I also make them do their own projects on the side in addition to the assignments and all the stuff they’re working on with me,” says Zac. “One of them just finished a documentary he directed, and then we’ve got two music videos that both of them will be directing before they graduate… I’m trying to get them on as many sets [as possible,] and probably 90% of the time I’m able to be with them on set watching them and giving them notes and things like that.”

Zac also goes the extra length to enable his students to take the reins for themselves—even to the point of naming Brandon as the producer on the Morgan Clark EPK project! The good news is, Brandon is rising to the occasion.

“I’m making him do everything,” says Zac. “He’s got a few people helping him, he got the location, he got with the artist…Brandon is the main producer. I said, ‘You’ve been learning from me for seven, eight months. It’s your turn now.’ I’m not doing anything. So he got everything together, and he did a great job.” 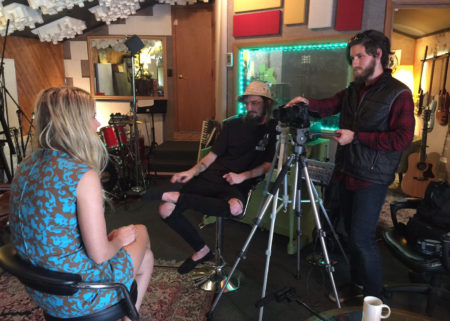 Zac says he’s effectively paired the externs in a way that they help each other on their respective projects. For Caleb’s upcoming music video shoot, he says Brandon will play a supportive role while Zac himself stays around, but without getting directly involved unless necessary.

While the schedule seems frenetic, Zac’s externs know what they’re signing up for, because he tells them what to expect right at the jump.

“I just tell them up front. If I meet them and think they don’t have the right work ethic, we’re just wasting everyone’s time,” he says. “It’s very polite, but you’ve just got to be blunt. This is one of the most competitive fields in the world…100% is not good enough. You’ve got to go above and beyond. If you call time is 7:00 a.m., you get there at 6:30.”

The hard work pays off, though. When Zac’s externs graduate, their reels aren’t just stuffed with great content—those who have the work ethic often find ongoing work with him after graduation.

“My old extern Corey Pitts, we actually pay him to work after he graduated,” says Zac. “We did a video for the band Kansas back in October, and I hired him for that. He did really well in the program, so now that he’s done he’s doing freelance, and I hire him when I can.”

What can externs do to get Zac’s attention? For him, it’s simple.

“You know, if you see something needs to be done, you don’t ask, you do it,” he says. “That’s how you start to think, ‘Hmm, this guy’s going above and beyond. Once he graduates, I’ll hire him.’”