Film Connection grad Maurício Costa has Mentor Sign-On as Producer of his Film.

Film Connection graduate Maurício Costa was already an experienced filmmaker with two Brazilian documentary films under his belt when he enrolled in our Film Production & Editing Program. As a pro, he recognized the value of what we had to offer and so he decided to invest in elevating his career by acquiring the skills, knowledge, and connections he needed to succeed. That investment, not only of funds but of sweat equity is already paying off.

Upon graduating the program, Maurício’s former mentor producer/writer/director Richard Brandes (Penny Dreadful, Jeepers Creepers 3, Devil In The Flesh 1&2, Lifetime) agreed to produce the filmmaker’s forthcoming documentary “Dear Brown People,” pending funding. That’s not all! The Film Connection graduate’s fictional screenplay of the same name just made it into the 2020 ScreenCraft Drama Competition’s Quarterfinals, no small feat for any screenwriter let alone one for whom English is not their first language.

We recently connected with Maurício to learn more about his career, upcoming projects, and what led up to his mentor signing on as producer of his documentary.

You’ve already produced documentaries in Brazil. What can you tell us about those films?

“I have two documentary features. The first one is from 2016. It’s available here in the United States, on Amazon Prime. “On the Shoulders of Giants” is a documentary about Brazilian foreign policy and the relationship with the United States [over the] last 20 years. The second one is, “Uber vs Taxi.” It’s about the arrival of Uber in Brazil and discussing the uberization of the economy and its effects on urban mobility and public transportation. Both projects were independent, and I was the director, writer, and producer.”

What made you decide to do these movies in the first place?

So what is your documentary “Dear Brown People” about?

“Obviously, as a documentary, it’s actually inspired by a real situation. In Brazil we have some problems with affirmative action because we have…people trying to take advantage of the system, self-declaring themselves as brown people or mixed race people [when they are not]. To avoid the fraud, the ‘solution’ was to create verification boards to…evaluate people’s skin color, features…and decide, ‘This person is black or mixed race, or this person is not.’ In Brazil the criteria is [one’s] phenotype [how a person looks, not DNA], so they don’t consider your ancestry….The system is very, very, very problematic, especially because each verification board is unique. …So, if you submit yourself to one verification board, you can be recognized, ‘Yes, you are mixed race’…but if you can go to a second verification board, [they can say], ‘No, you are not.’ ”

So where are you in the development of the documentary?

“We are working on our pitch deck. At this point, we are actually prepared to shoot the rest of the interviews in Brazil. We have the pitch videos. We have a 15-minute reel with the first interviews and some archival footage. So, you know, now everything depends on the Coronavirus.”

What led up to Richard, your ex-mentor, agreeing to come on as producer of the documentary film?

What were your biggest takeaways from Film Connection and training with Richard Brandes?

“It was very, very, very helpful to develop my screenplay about the topic of “Dear Brown People,” the narrative feature, or the fictional feature, you know, because documentary is also narrative.

But the second one, and most important, is how to understand my own project, and how to keep my motivation…I think that Richard is very helpful. He’s a great guy to make you understand the processes and understand what you really need to do to reach your goals. And he’s very supportive…
In the screenplay program, I had to adapt and write a screenplay, a narrative fiction[al] screenplay. And Richard…was very helpful and a very good teacher, actually guiding me in this process from the log line, to the treatment, the synopsis, to the finished screenplay. So the whole process of writing, you know, and my understanding of screenwriting, it’s based on what Richard taught me, actually.”

Do you think Richard’s mentorship had an impact on your fictional screenplay for Dear Brown People (the movie), the script which just made it to ScreenCraft 2020’s Quarterfinals?

“The best part is that the draft that passed to the quarterfinals is the same draft I presented as my final work in the Film Connection program, under Richard’s guidance. It gives me a sense that some people in the industry can sympathize with a Brazilian story, originally written by a Brazilian writer in his third foreign language. It’s an important message to other filmmakers with similar backgrounds.

For the semifinals, I updated my submission with my final draft after seven rewrites that took notes from coverage [from] different competitions, including some that rejected my project. It’s a difficult part of the process, but we have to be prepared to be rejected and, sometimes, misunderstood. I took notes, worked harder, and rewrote as many times as it was necessary….Being a quarter-finalist in a big and important script competition feels thrilling. It’s an acknowledgment of a lot of effort, hard work, and many hours reading, researching, studying, and, finally, writing the script….Despite what happens from now, I feel like this journey has already been worth it.”

Do you feel confident in your abilities to write another fictional screenplay in the future?

“Yes. Actually, I’m working on a second one.”

“Well, I have the idea, the characters, the concept, but I don’t have the real log line. But the idea is it’s a romantic comedy in which two foreigners, you know, two Brazilians go to Sundance to meet for the first time. And, actually the guy is a regular guy, and he’s going to try to win the girl that is the girl of his dreams during the festival. [It’s a] romantic comedy.”

So, what’s your advice for other Film Connection students? How can they make the most of their film training and education with us?

“My case was [not] standard, you know. My idea was to study more…to know people, but I was not, for example, looking for a job exactly. I’m trying to produce my movie, so it’s a little bit different. …I think that the best way to pass through, you know, the program is [to] follow and understand the guidance of your mentor.

You know, these guys are the guys who really and truly understand the industry. And sometimes, when we are young, we don’t hear people, you know? We don’t follow guidance. We don’t take advice. And I think that my best advice is [to] tell people to follow the advice of more experienced people.”

Learn more about Film Connection, and how you can start building a film career you love.


We asked mentor Richard Brandes how one can make themselves indispensable to a producer. His answer surprised us: 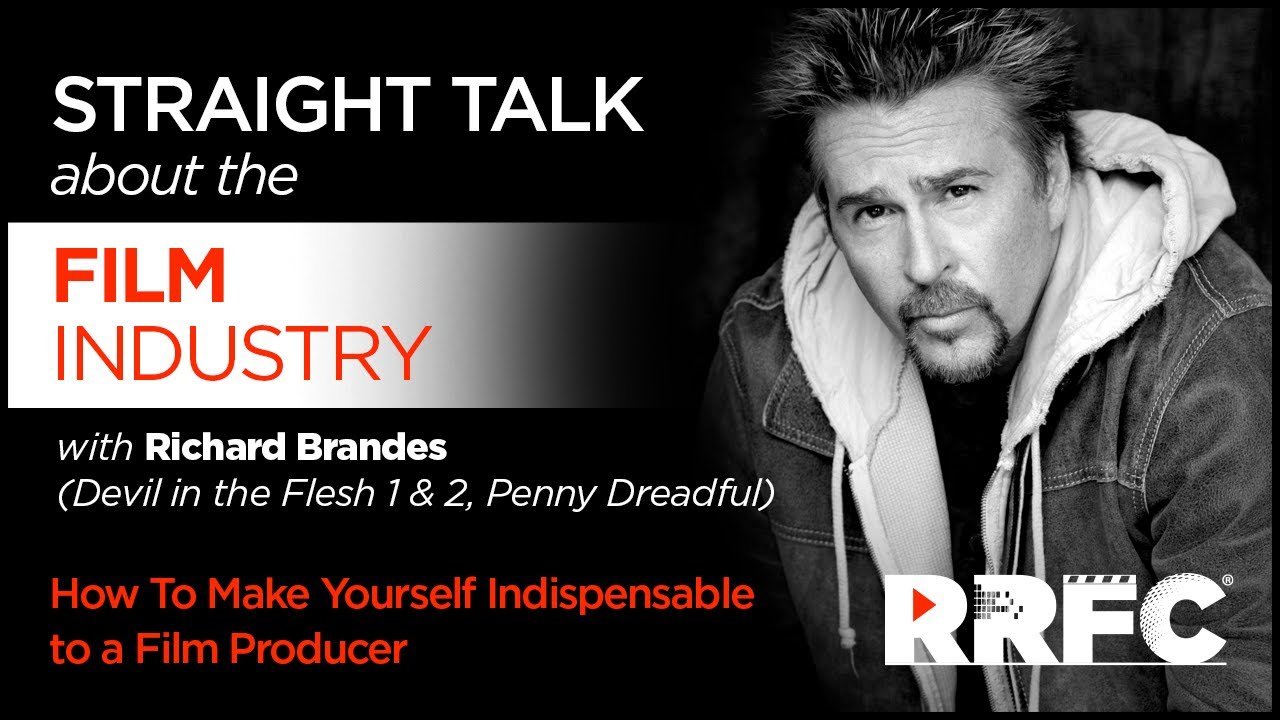