Filmmaker and founder of L. Michelle Media, L. Michelle Salvant is a powerhouse creator who brings stories of faith and the African American experience to light through a variety of cutting-edge media and technologies. We recently connected with the busy Film Connection mentor to discuss mentorship and learn more about The 2020 Life Film Immersive Journal which uses the first-person point of view as a vehicle for self-knowledge, growth, empathy, and change in our world.

Your 2020 Life Film Immersive Journal coming out on January 14th is filmed through a 1st person perspective. What can you tell us about that project?

“Essentially what we’re doing is we are using our [Snapchat Spectacles] to capture life from a true first-person point of view perspective, hands-free… The 2020 Live Film Immersive Journaling Series will be a series of 10 journals over 10 years, the first of which comes out in January 2021…We’ll release a journal a year for this decade.”

Do you think there’s power in being able to show another person’s lived experience through a first-person perspective?

“We’ve made a couple of film pieces in VR, just kind of showing you story and what it’s like to be in that person’s shoes. I am convinced that filming in this perspective not only evokes empathy in those who watch it, but for you as the filmmaker [and person] who’s capturing the footage…For me, when I went back [to view the footage], it was life-changing…. It was almost like having an out of body experience; you’re not on camera, but you’re so present…. You see how you live life and how people respond to the life that you live….I think that the power just goes beyond almost what I can put into words. And what I’ve seen has compelled me to record the decade in this manner. …

Me being a Black woman, who is middle aged, that is, in fact, one of the entries that is a part of this journal. It’s called “40 Year Old Black Woman.”… I think it really gives people a closer look at who you are, beyond the protest. What about the mothers who’ve lost sons as a result of police violence and brutality? What happens after the news cameras leave and after the protests stop? What is her personal reality like?…These types of immersive stories really can take us on the inside and really get us back to a point where we start seeing people as people, as human beings, as a mother whose daughter or son is never coming back home…. One of the first people to pilot our concept of making film in this manner is a mother who lost her daughter when her daughter was in her teens. So not only do we get a chance to look into her life, but she gets to look into her life and see how she’s really doing.”

How are you mentoring Film Connection students during COVID-19?

“So, we are doing a little bit of a hybrid…We’re doing a lot of online mentoring. So, Zoom has been one of our tools of choice…. It’s more personal. It’s more one-on-one. It’s more focused. And when we do meet in-person, it just makes those experiences that much greater.

We’ve brought in other filmmakers to come in and speak to our learners. Now granted, this is not a lecture in front of hundreds of people, this is more of one-on-one interaction where they can ask as many questions of the filmmaker as they want. They can learn how to conduct themselves in those situations and make connections for the future. So, we have taken that kind of a three-way approach, the one-on-one talks from us, the hybrid where we do come in-person…and then the talks with our partners and other experts.”

How can people see the film?

“We’ve put it in a format where people can respond to the film, say what they’re feeling, and even ask questions while they’re viewing it. Those responses then come directly to our team. All of this comes alive in a physical journal by using Augmented Reality, which creates a truly Immersive experience for the participants.”

What’s your advice to those of us who have some fear or trepidation that keeps us from pursuing our goals and dreams?

“If you never do, you’ll never reach that goal. And so, the thing is, when you turn away in fear, you are doing something, and you’re doing something that’s producing a result that’s contrary to the dream that you said you had. And I think another thing that we have to understand, as much as it looks like successful projects just kind of came out of nowhere, they really come out of years of work. It comes out of years of doing. It may not be 10 years, it may be a year. But I guess my point is the success that you’re looking to achieve, the dream that you’re looking to come to pass, is going to come from the very first step, and then the second step, and the third step, over time…. Time is what’s going to produce the real results, contrary to what you might think. So, I think a lot of times the time cancels people out. They feel like, then it’s not going to happen or they’re not good enough. But the reality is, when you’re seeing these successful projects, the media is on the project at that time, not the process that the person went through. It’s okay to be in a process. It’s okay to be in a process to your greatness. It’s okay to be in a process on the road to your dreams. But if you leave that road, you’ve stopped the process altogether. And that’s contrary to what you said you were going to do.”

Want to learn how you can train in film production, film editing, and more with Film Connection? Learn more here.


L. Michelle Salvant Tells Why She Mentors with Us! 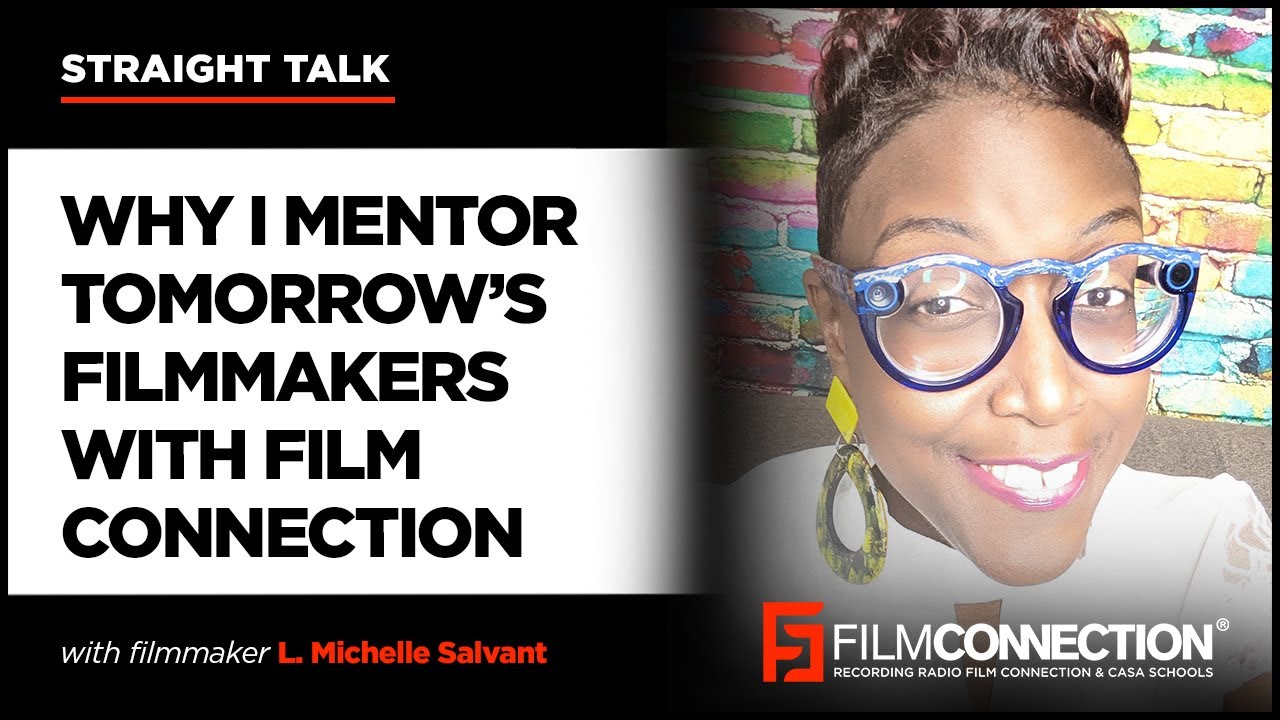