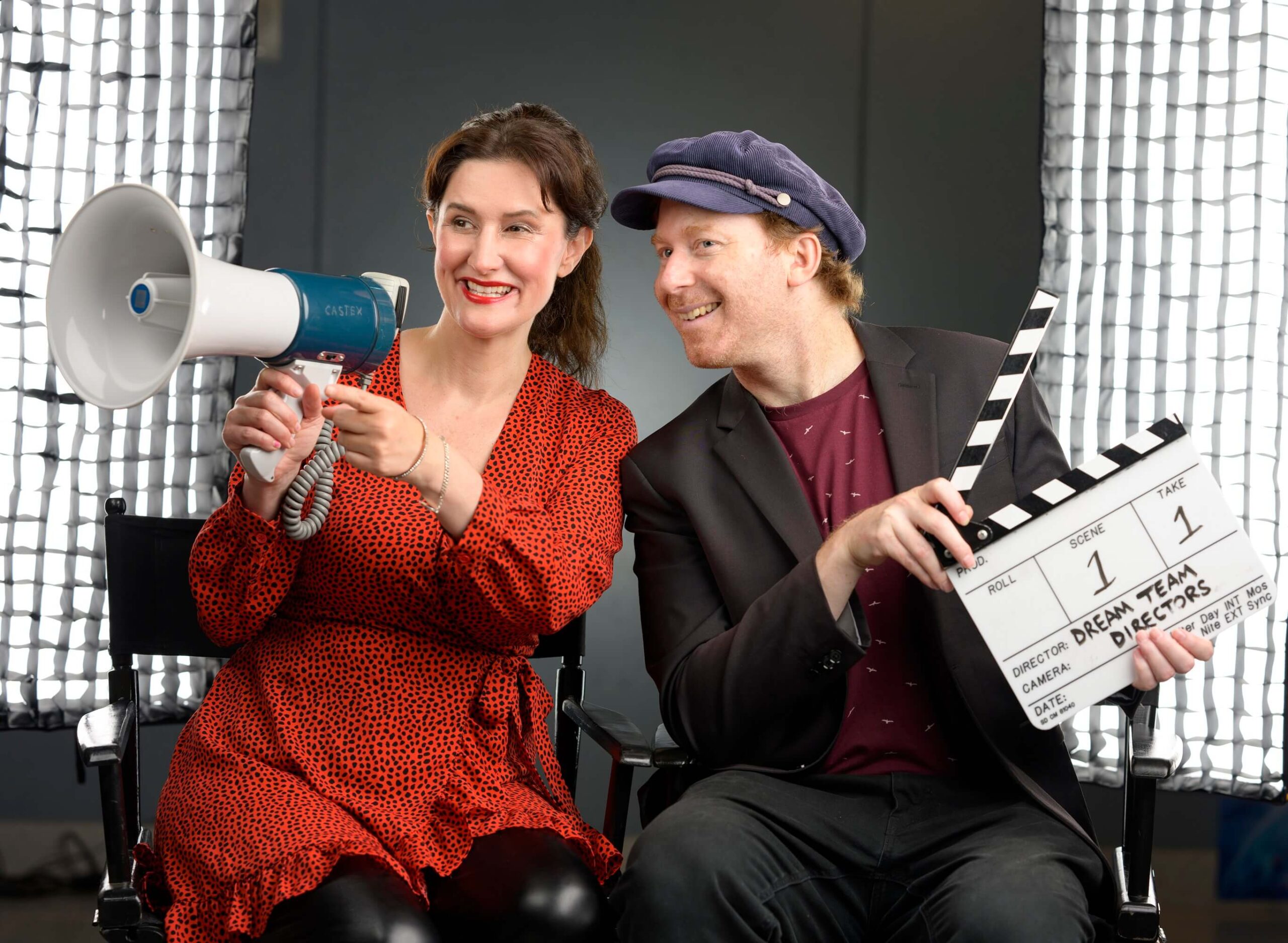 If you’ve subscribed to our newsletter for any length of time, you’re already familiar with Bayou Bennett and Daniel Lir, the powerhouse duo behind Dream Team Directors (P. Diddy, Adidas, Chrome Hearts) in Los Angeles, CA. We recently connected to hear how they got not one, not two but rather, five Film Connection students/grads in crew positions right alongside seasoned pros on the short fantasy film “Time is Eternal,” starring Berite Labelle!

How did the film “Time is Eternal” come about?

Daniel: “So, we got an email from Berite Labelle, a fashion influencer and model. She sent us this concept and storyboard and we’re like, ‘Wow, what is this?’ So, that was the beginning of this short film called ‘Time is Eternal’ and it was really a dream come true project, right, Bayou?”

Bayou: “We always have a message in our films, so, on this one it’s women’s empowerment. And then I love the fantasy aspect of it…. After the pandemic I just wanted to create art that just makes people just think, ‘Wow!’ Like they see something so beautiful and so well done and so aesthetic … [that] could uplift and take them out of what they just went through…

Learn more about the “Time is Eternal” shoot in the Straight Talk video below! 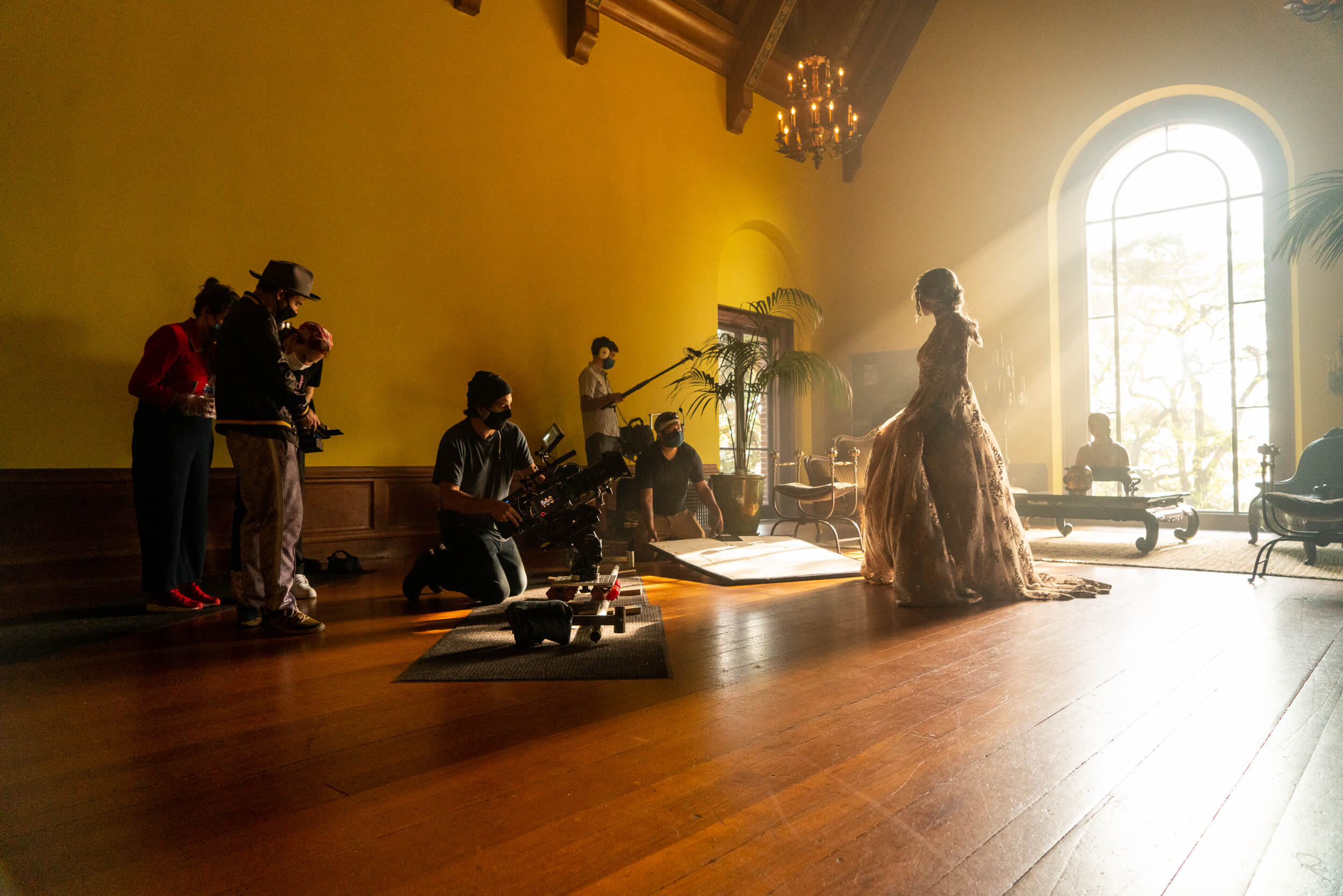 Yes, you did! Spill the beans on all the Film Connection grads and students who worked on “Time is Eternal.”

Bayou: “We were also able to work with Bella [Jones] again as our editor…. We keep using her on our short films, and so… we hired her, paid her a great fee. That was really fun. She did excellent again. We’re super proud of her.”

Daniel: “She helped us win over 30 awards on our last film, ‘Tombstone Pillow,’ and go all over the world with it…. With her we got in 50 film festivals during the pandemic, played all over the world… We’re just super proud and love working with her. Her edit was amazing…. With this film, ‘Time is Eternal,’ I felt like she actually expressed herself fully because she grew up with period dramas, and that’s the genre that she really loves. …

I’ve always wanted a really, really good assistant and Beni [Robert Benicio Ponce], our [current Film Connection] mentee, he just stepped up and he was an awesome…

‘Beni, we need to figure out what kind of camera housing we need underwater.’ Done.

‘Beni, we need to figure out what’s going on with insurance.’ Done.”

Bayou: “‘Beni, you got to go get some mermaid tales.’”

He worked on this so incredibly well, we just gave him Associate Producer credit.” …

And [graduate] Chris Maltese is an amazing photographer and videographer. He came on shoot with us for four days during the shoot and documented the whole process.” …

We had the whole group, it seemed like a lot of ‘film connections.’ So, our best friend and producer in New York City, Zef Cota, who is also a Film Connection mentor, we brought him in as a producer as well. So we flew him in from New York. And that was really wonderful.” 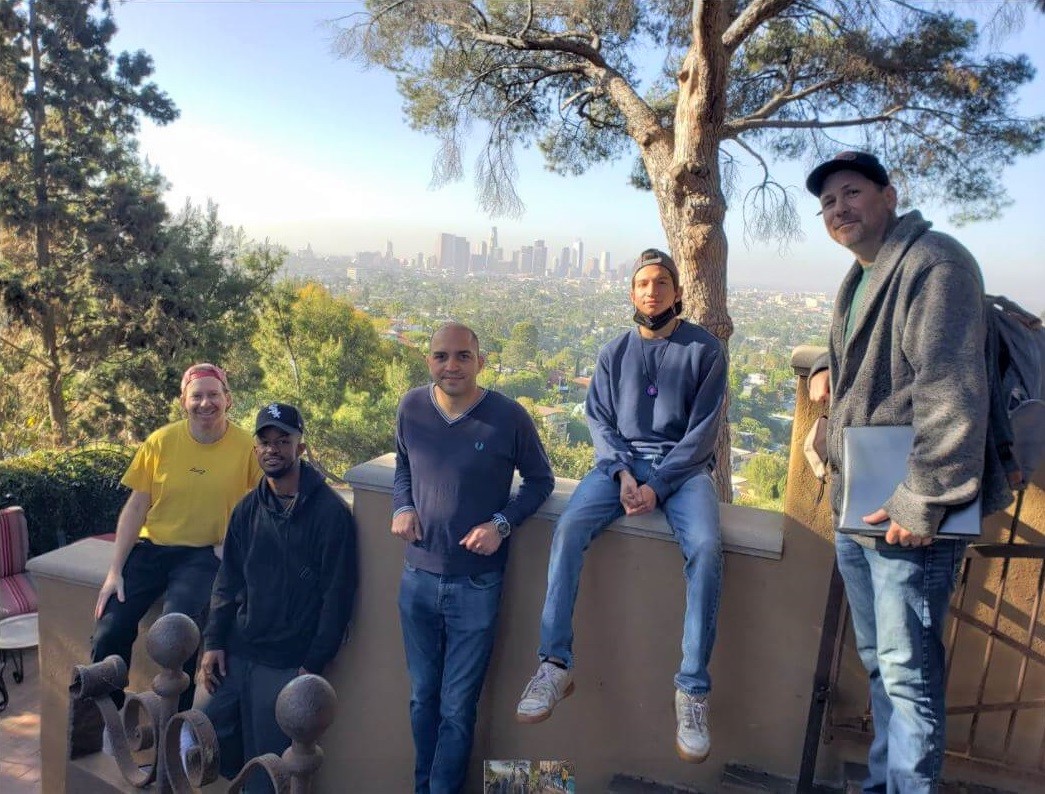 Wow, that’s a lot of Film Connection people indeed! One recent graduate, Ramone Wilkinson, was able to use his skills as a choreographer as well. What can you tell us about that?

Daniel: “Bayou used her New York underground performance art background to do the choreography and… Ramone Wilkinson actually came into the program as a choreographer, and so they collaborated. The dance is, like, unbelievable. It’s just truly incredible in the film.”

Daniel: “It was just so absolutely creative. In addition to that, Ramone Wilkinson actually also produced a commercial for his portfolio for Kangol in the program, and I think that commercial is really wonderful. Bayou did a lot of the pre-production and development on it with him.

It’s a really, really remarkable portfolio piece, which really shows his ability to portray the culture that he comes from…. I think he’s definitely going to get work and break his career open, wide open, with this commercial.” 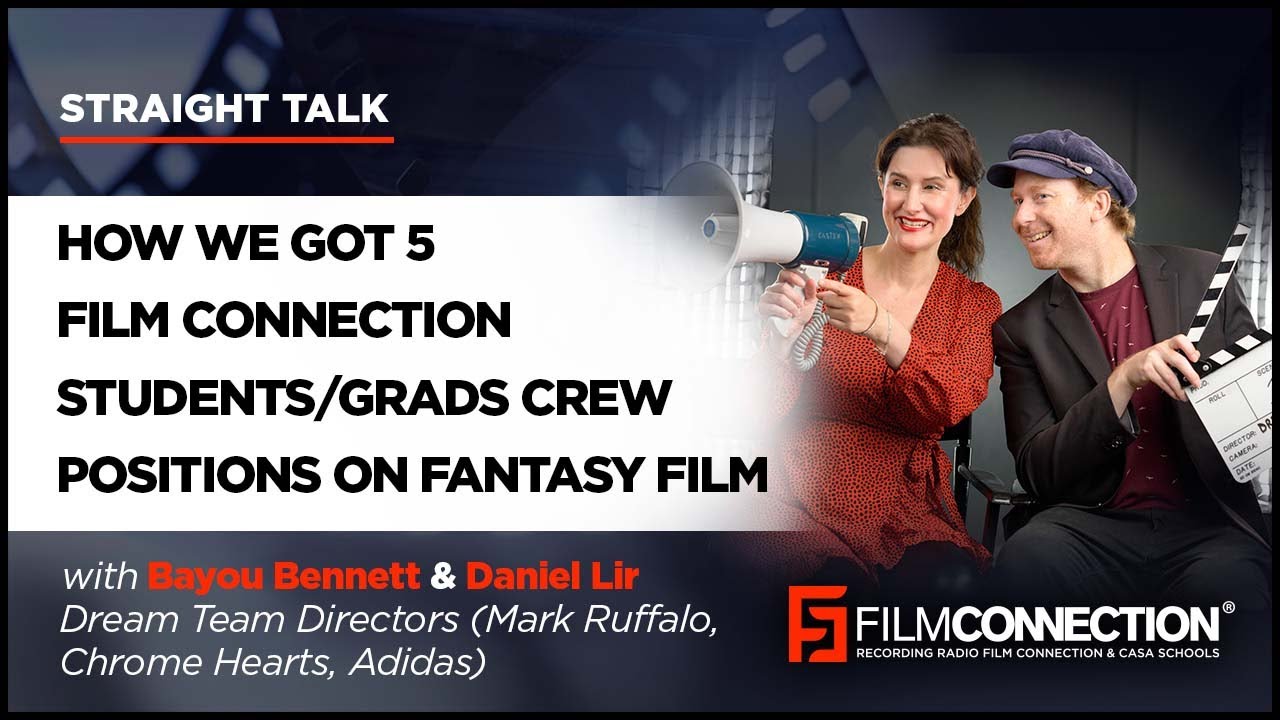