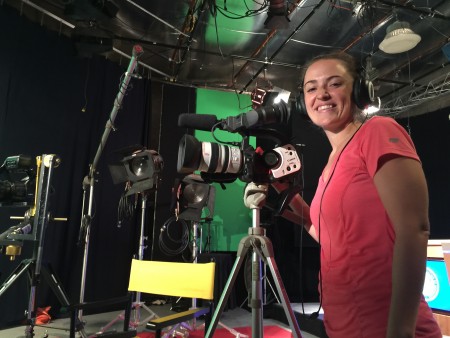 When Michelina Friss decided she wanted to pursue a career in film, she admits she was something of a “blank slate.” She says she was interested in producing, but with no real prior experience, she wasn’t sure what to expect. “I felt very lost from the get-go in regards to what I was looking for [with] any kind of education in film,” she says.

One thing she did feel sure of, however, was that she needed was one-on-one guidance, not simply a classroom experience. So when she found the Film Connection online, she knew right away it was for her.

“I Googled it online, and I’d never heard of Film Connection before,” she says. “I started reading about it, and the philosophy of the school was immediately what caught my attention. And so it didn’t take long for me to realize that I didn’t really need to look any farther.”

The Film Connection placed Michelina as an extern with filmmaker Sebastian Triscari in nearby Harrisburg, PA. Right away, Michelina says her mentor put her at ease. “From the moment I met him, my first impression was that he was incredibly professional,” she says. “I felt like the guy knew what he was doing. I was a little bit nervous, of course, because I didn’t know what I was going to find, and I felt like he had prepared for my coming.”

Sebastian also took Michelina’s lack of experience in stride. “I let him know from the get-go that I was very much a beginner…like I’m coming in on a blank slate and I need to learn the foundations,” she says. “He gave me a blank piece of paper and he wanted me to write down three professional goals, three things that I wanted to try out. And he made it very clear that he wanted to make it his priority to make sure he hit all those goals…He wanted to be able to expose me to a lot of different areas of filmmaking, and through that, be able to see where I thought I could grow.”

As it happened, part of her training meant throwing her into the deep end of the pool, so to speak. Michelina had an idea for a documentary exploring life for the locals who live in the tourist-heavy boardwalk communities, so Sebastian made that her Film Connection project. 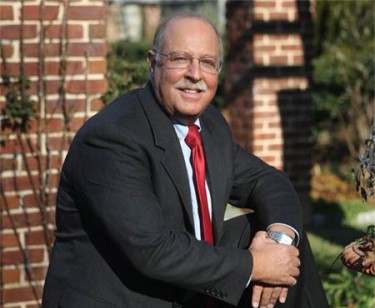 “He gave me one of his cameras and gave me a crash course on how to use it, and he sent me off to the beach,” she says. “I remember I was really nervous. I was like, ‘Oh God, I don’t want to screw this up.’”

The entire experience was a lesson in problem-solving for Michelina. “I remember the first thing right off the bat, I don’t know if I did something when I loaded the camera in my car or what, but as soon as I set it up on the boardwalk, there was just an immense amount of static that was coming up through the audio,” she says. “At first, I went into panic mode, and I kind of had to learn how to work around that. That was one of the things that happened. And I remember there was another, I was going up to people on the boardwalk, and I was just asking them if they would let me interview them on my camera. And I remember one lady, where she had grown up in the area and she was a local, and I got talking to her a little bit, but eventually, she didn’t want to be on camera…There was a few little technical things, and just figuring out how to work with people on the fly, so it was a really good experience.”

While it was stressful in the moment, Michelina looks back and see that her mentor’s approach worked brilliantly. “What I think was the beauty of the whole process was that you go and do it, and you kind of have to learn by doing how you work around those things,” she says. “Now I can use a basic camera, and I know when I go to use it what I need to think about, what I need to look for in regards to shooting film. And so, that was probably the biggest one for me because any kind of technology side of things is very much a weakness of mine.”

Another facet of Michelina’s training was to get her in the midst of some professional shoots. She recalls having the opportunity recently to shadow at a shoot for a sizzle reel for an upcoming reality TV show, and what she took away from the experience.

“It’s one thing to know intellectually or to read about it or hear about it,” she says, “but it’s another thing to really go on set and see really what they have to do, like all the details and all the things they have to think about…One of the spaces that we were shooting in, it was a really small store, and they were trying to figure out how to manipulate the area and to see what the best shots were that they could get. And so, I went back and forth thinking, ‘Oh my God. This is crazy. I don’t know if I could ever do this.’ And then on the flip side of that, I was like, ‘This would be so much fun to do. Oh my God, this could be great. The possibilities are endless.’”

Now approaching the end of her externship, Michelina has a newfound sense of confidence in her abilities, and she has a long-term goal of being a film producer.

Meanwhile, she’s grateful for the opportunities she’s had to learn and refine her goals with the Film Connection. “Anybody who knows anything knows that the film industry is very competitive,” says Michelina. “It can be a very cutthroat place, so I just felt like the pressures of those kind of things were put on hold for the time being because I’m learning, and I was free to be able to figure out, like, ‘Hey, what’s this all about over here? What’s this?’ I mean, just to really put yourself out there and just go explore, and take some risks…The program, that’s what this is set up for.”