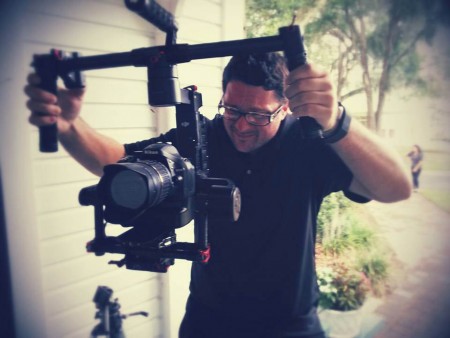 Looking back on the past couple of years, Film Connection graduate Rob Chiola of Orlando, Florida almost can’t believe how his life has changed—from working in a dead-end job to doing cinematography full-time.

“I’m always working; every day I’m working,” he says. “You know, I barely have time to sit. I got rid of my video games. You know, my friends go out and party, I’m home editing. It’s really just like my life has done a complete 360. Lost like 85 pounds…I bought a house…”

Where is he getting all the work? Between freelancing for his former Film Connection mentor to working as lead cinematographer, editor and director for Orlando Aerial and Studio Markham, to a number of gigs along the way, Rob credits most of his work to connections gained from his externship. “I kind of got a lot of things going on at the same time, which is all from going to the Film Connection,” he says.

Rob can remember the point at which his passion for film went from being a mild interest to a serious career choice:

“I was working this dead-end job as a manager at a group home,” says Rob. “And I pretty much reached my limit in that company. And my girlfriend got pregnant, and I was like, ‘Oh man, we’re about to have a baby. I need to get a career going.’ You know, I really thought I had one, but they were like, ‘All right, you’re a manager. There’s no going up from there.’ So I was like, I need to figure out what to do. So I was sort of researching some schools…I live 30 minutes from Full Sail, but the tuition is crazy. So while I was on searching through, I was just like Googling production, your website came up, Film Connection.”

When Rob realized he could learn on-the-job from a working professional for a fraction of the cost of regular school tuition, he decided to enroll. Almost as soon as he got started with his mentor, Dean Baker of Post FX Digital Studios in Orlando, Florida, he knew he was onto something. “The first day I was with Dean, he had me editing—the first day,” he says. “I didn’t know anything about anything, and I was working every day…Dean is great because he’s been in, he’s had his studio for 25 years. And it survived in Orlando, as competitive as Orlando is…So for me to come in as a blank slate and he was able to teach me everything he knew his way was awesome…After a couple months, he’d trust sending me out for shoots by myself.”

Perhaps the most remarkable moment for Rob, however, was when he realized how much more he was learning than if he’d gone to traditional school—as demonstrated when students from Full Sail started approaching his mentor for guidance!

“His studio is like 15 minutes from Full Sail,” says Rob. “So all these Full Sail students in their 3rd and 4th year or even some graduates would come in and hire Dean to teach them how to use their equipment. And Dean would just say… 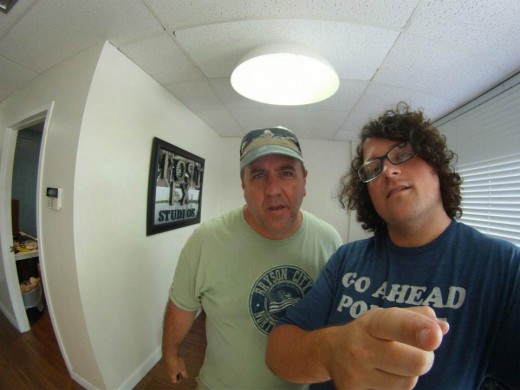 Perhaps the most remarkable moment for Rob, however, was when he realized how much more he was learning than if he’d gone to traditional school—as demonstrated when students from Full Sail started approaching his mentor for guidance!

“His studio is like 15 minutes from Full Sail,” says Rob. “So all these Full Sail students in their 3rd and 4th year or even some graduates would come in and hire Dean to teach them how to use their equipment. And Dean would just say, “Rob’s going to teach you.” These are kids going through college, going through production at Full Sail, the place I couldn’t afford…What they didn’t learn going for a four-year degree, I’m teaching them 6 months into your program. I’m teaching them how to use their stuff.”

Now graduated from the program and busy building his new career, it’s more apparent than ever to Rob that the choice to learn on-the-job was the best one he could make. He still marvels at how much opportunity comes his way, not just through the connections he made through Film Connection, but also through word-of-mouth. “People will call and say, ‘Hey you know, such and such? They said you did a great job. Can we meet?’ And then I’ll show them some work…I’ve never been in a situation where people have asked to see a degree. They just want to see work. ‘Send me over a sizzle reel. Send me over a demo reel.’… They never ask where I went to school or how I got educated. Never. I’ve never been turned down for a job.

“When I meet other filmmakers man and we talk,” Rob continues, “you always come up with, ‘Where did you go to school?’ And they don’t believe that I went through a mentorship program…They’re like, ‘Wait, you learned all that in 9 months?’ And I’m like, ‘Yeah, bro.’ And they’re like, ‘You only spent that much?’ And I’m like, ‘Yup.’ And they’re like, ‘What? Are you kidding? Where was this when I was going to school?’…I mean, the program is awesome. I recommend it to everybody because these connections that I’ve made [are] going to be worth a thousand times the price for the tuition.”