Film Connection mentor Wes Cobb on “doing it like your life depends on it.” 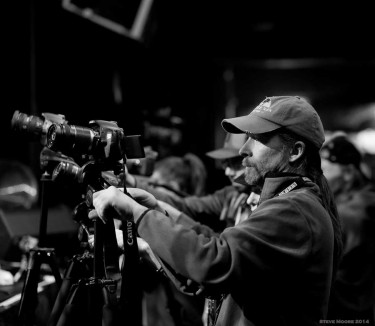 Operating out of West Art Video in Charlotte, NC, Film Connection mentor Wes Cobb focuses on live shoots and commercial work for the busy Charlotte scene. As you’ll see in the excerpts below, Wes actually got into film through music as he started doing music videos for his own band. Today, not only is his company involved in many exciting projects, but he uses those opportunities to help his Film Connection student externs find their own place in the exciting world of film and video.

ON HOW HE GOT INTO FILM:
“Its a pretty interesting story. I started out, I was in a band…And so as a musician in a band I realized, with social media growing (this was about ten years ago, I guess) that I needed to start doing videos for my band. So I started out buying a camera…although our band was pretty solid, there were so many talented musicians in the Charlotte area, and the music scene was really growing, so I decided to put my video work ahead of my band work basically. So I started going out to festivals and anywhere I could find a band playing, I’d go out and shoot that band and edit for free. And so I started helping the music community in that way. And before you know it, people were calling me, asking to come out and film their band.

“My brother has a TV show called Huntin’ the World Southern Style. It’s been on the air for 11 or 12 years now, It’s been on different channels ranging from the Sportsman’s Channel to Fox Sports to NBC Sports. He had a friend who wanted to start a TV show and he needed some promotional, a little teaser video. And so he brought that friend to me and I helped him create that teaser video, and he landed a spot on Fox Sports South. So I became his editor for his first season on the air…My brother liked my work so much he asked if I would edit his show, so I edited his show the next year…After that, I basically became the producer of the show, so I did everything…I wrote all the narrative for the voice-overs. I decided how to split tons and tons of footage. It must have been 300 hours’ worth of footage, split into 10 episodes. And so I learned to be a producer.”

HIS APPROACH TO MENTORING STUDENTS:
“The number one thing is to realize that each and every student is different. They have a different passion, they have a different way of learning, and so you cannot do this course in a cookie-cutter fashion. It would be nice to be able to walk in and know exactly what I am going to teach that student every week, but I found out very quickly that is not going to work…It’s very critical that you get to know the person, and you find out what they know, what they don’t know, what their desires are, and you just help them explore that passion they have.”

ON HOW HE ENABLES COLLABORATION WITH HIS STUDENTS, AND THE PROGRESS THEY ARE MAKING TOGETHER:
“We are doing a film group. Everyone who has been a part of the program is invited to be a part of the film group. And we get together every other Tuesday night, and we come up with ideas, and then based on those ideas we’ll have, everyone will go home and write their own script and then they’ll write their own shot list. We’ll come back, we’ll redefine their shot list and clarify things, and help everybody get organized, and then we will do the shoots. My intention this year was to do six shoots, meeting twice a month, organizing one time, and then shooting one time every other month. But the fortunate part about it is we’ve got a lot of passionate people in our group, so they want to move faster than that…So somehow or another, we’ve managed to shoot five short films since December.”

BRAGGING ON SOME OF HIS STUDENTS AND GRADUATES:
“I give credit to one of my students in particular, his name is Jeff Levack. He completed the program, I think he finished maybe in November…This guy was born to be a director. So he has taken it upon himself, he will come in during my regular scheduled time with a student, and he’ll help them through the process of refining their script and creating the shot list and talking about possible problems we’re going to run into, and he’s just been awesome. 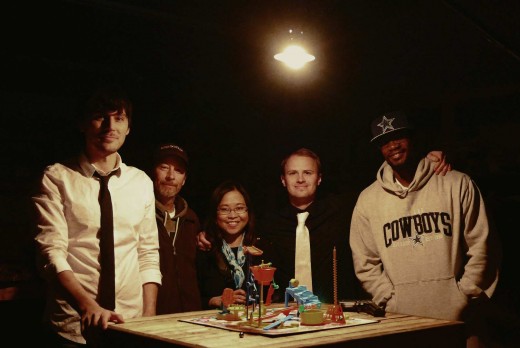 “[Mary Anne Zamora]… When she came to me she was a photographer, and so she came in and she told me she was really interested in one thing, and that was color grading. That came from working in photography and working in Lightroom. She really liked the transformative process of taking a so-so picture and making that into a work of art, so she wanted to apply that same knowledge to video. Very quickly, she learned that she liked a lot more things than just color grading. [laughs]…She’s doing well as an editor. She is one of those people, because she has had all the Photoshop and Lightroom experience…so it was the natural process for her to jump into Final Cut and then explore for herself.

“…And then Jaclyn Bueker…Jaclyn was my first student, and she wanted to be an editor. Really what she wanted to do was create trailers for big film. We strictly did editing for probably six weeks in a row, and within the very first week that she got there I taught her how to do a multi-cam operation…By week six, I was allowing her to edit some of my biggest clients’ videos that involved 11 to 14 camera shoots at a large venue in Charlotte, and she did so well on the edit that I passed them directly to the client. The client didn’t even know the difference. I told the client later, but they weren’t even able to tell the difference between my editing and her editing…She went back to her family business in North Carolina, helping out on Saturday, and while talking to one of the customers she mentioned the film school and what she was doing. And he said, ‘Ah man, that’s cool because one of my best friends in Texas is trying to get a TV show off the ground, and they kind of need some help editing but right now they don’t have a budget for it. So that led to an opportunity for her. She did some pre-editing, and out of that opportunity came the chance to make a full episode, I believe, for this lady in Texas, and now the lady is trying to sell that concept to a network. If she lands that spot on the network, then she told Jackie that she can be the editor.

“Kassandra Rousseau came in with editing in mind but soon realized that she enjoys applying what she does in her 9 to 5 job within the group. She’s a project manager for Time Warner Cable, and she’s really helping us to get more organized in our film approach…organization is one of the biggest keys to a successful shoot. She’s also helped us find a lot of great app tools that help in the process.

“Kenneth Campbell, my newest student, had absolutely no background in film or media, but has come in and hit the ground running. He came to a film group meeting even before his first lessons. He’s already learned the basics of editing, lighting and filming and has even created a 30 sec commercial from soup to nuts…He had never used a camera before starting with RRFC but has already been a cameraman on three of our short film shoots!”

ON THE IMPORTANCE OF HUMAN RELATIONSHIPS IN THE FILM INDUSTRY:

“I think I’ve been fortunate, the students that I’ve had, they have respect for human relationships…[That’s] everything, because if you want to be a director, you’re going to have to get your concepts across to people. You’re going to have to have feelings for other people. You have to take into account different personalities. You’re going to have to get people to do what you need them to do, and you can’t just do that by barking out orders. You’ve got to try and understand the people that you are working with. Understand the difficulties of their process. And the best way to do that is to try a little bit of everything…So if you want to be a director, well it would be great if you and an idea of what it’s like to be a screenwriter, because then you will appreciate the fact that you don’t want to butcher somebody’s screenplay…It’s good to have experience in as many areas as possible. Lighting, knowing the basic stuff, the hard stuff, the grunt work. All of that stuff is what is going to lead you to be great at whatever aspect you choose.”

HIS BEST ADVICE FOR UP-AND-COMING FILMMAKERS (READ CAREFULLY—THERE’S A LOT OF GREAT STUFF HERE):
“Look on your phone; realize it has a camera. And then look on your phone again, and realize that there is an editing package on your phone. So take advantage of the tools that you have, number one, instead of talking so much and using SnapChat and all the other fun things that we have, use the other tools on your phone. And then once you do, share that with people. Talk to them about it…

“Whether you are on the editing side, editing takes tons and tons of time to be really good at, same thing with directing and writing a script. Of course, you’ve just got to spend a ton of time doing it. So the best thing you can do is just get down to it, start doing it, and do it on a daily basis.