Film Connection mentor Deen Olantuji on having the passion, learning on the job and playing to one’s strengths 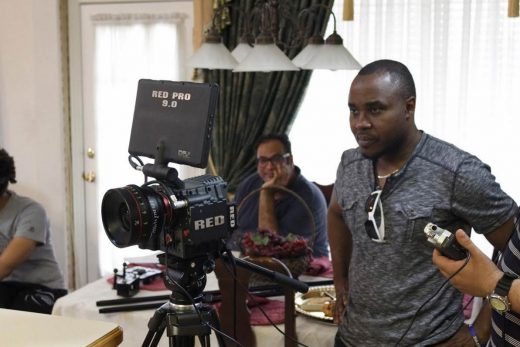 Within moments of talking to Film Connection mentor Deen Olantuji, his passion for film becomes both obvious and infectious. As the owner of Rehoboth Pictures in Arlington, TX, Deen does everything from documentaries and narrative shorts to commercials and live footage for his clients. Deen is also quite passionate about nurturing the next generation of filmmakers, and as you’ll see in his remarks below, he has a unique approach to teaching his externs by not only helping them with their own projects, but also by generating student-led projects where they collaborate together. In our recent conversation with Deen, he offered lots of key insights into his process, as well as helpful advice on adding “soft skills” to your technical skills. We’ve mined some of the best nuggets for you below.

ON HOW HE BECAME A FILMMAKER:
“My journey to film basically started because I used to act before. That’s what really started me off. As a young lad, I always loved video capturing. As a kid, I had a camera. I used to save a lot of videos of people. My dad did not like that at all, coming from a background—I’m originally from Nigeria, and you can come up with the perspective that anything you have to do, you either have to be a medical doctor or you have to be a lawyer…But going to England then coming to the United States, I got the opportunity to meet a lot of acting groups and studied acting. Then after a time, I realized there was more work, and that you had more to do and more to impact, by being on the back end. And that’s how my filmmaking thing started back then…I’m all about telling a story that has never been told before…I’ve seen so many things from different perspectives, so I felt that filmmaking was the way for me to tell the world how I see things and also a way to impact people in the way I felt was getting them from point A to a point B, and also telling my own story and other people’s stories that have not been told.”

ON HIS PERSONAL PASSION FOR FILM, AND HOW HE CONVEYS IT TO HIS STUDENTS:
“I always introduce myself as a filmmaker by passion not by profession, and I always let them know that as much as this something for me beyond any other things, this is what I love to do. I always let them know that if you wake me up anytime in the morning even at night, anytime of the day, if you want to talk about anything in this world, it’s going to be about filmmaking. I love it. I breathe this. I use it all the time. So when I’m interviewing [students], my expectation is not to meet my standards, but to require them to be passionate about what they do…I’m passionate about this, and what makes me get along with people is that the fact they have the same passion for it. So that should be my connecting point…It’s not something you do because you have to have a job. The job will come, but the first thing you need to do is love what you do. That’s the bridge.”

HIS THOUGHTS ABOUT ON-THE-JOB TRAINING IN FILM:
“I have a master’s degree, an MBA in Information Security. Now, education is great. What I tell [students] is this program is awesome because it teaches you—there’s some things that you learn from school, and [things] you can’t [learn] in school. A program that teaches you in the field is the best thing you could ever do, because now you are learning hands-on. It’s like teaching you from the end, moving backwards, because now everything that you’re learning, right away you have to use it. It’s almost like you’re learning on the fly. That’s the fastest way to remember. It’s cost-effective, it’s good, you learn a lot, you learn from the best, you learn from the field. And most importantly, you don’t have excessive student loans.”

ON THE IMPORTANCE OF BLENDING BUSINESS AND PEOPLE SKILLS WITH THE TECHNICAL SIDE:
“You need to not only have the technical skills, you also need to understand the soft skills. When you put both of them together, that’s what sets you apart…Don’t just be a technical person. You also have to understand how to translate your skill set and make it useful to your environment. That’s how you generate money, that’s how you can become successful, and that’s one of the things that [my students] also need to learn. So I think by the privilege of me being a business person as well…we are constantly talking about the business side, this is how you promote it. You’re not just holding cameras, it’s how that camera connects and translates into something productive and gives you a sort of leverage.”

ON HOW HE HELPS HIS STUDENTS PLAY TO THEIR STRENGTHS: 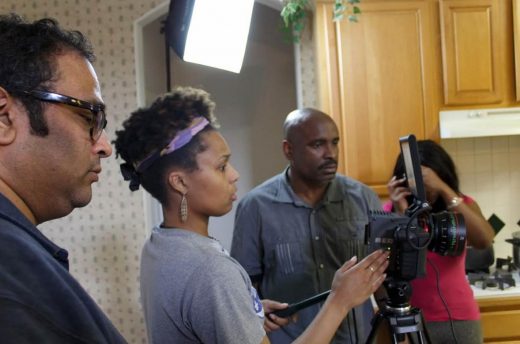 “I tell [my students], ‘Give me your goal, what you want to be, so I can help you get there…we are going to work with that goal. We are going to create milestones to make sure you are on the track to get there.’ Joslyn is more into animation. Ramiro likes more drama. He’s really intrigued by that, and Ramiro brings a lot of culture into what he does, just like me. Brian he’s an analyst, he analyzes movies a lot. I’ve been motivating him to start his own blog, coming up with his own movie critique, start his own YouTube channel, things that are going to make him successful…Pretty much motivating them based on their own skill set, motivating them on their own goals and motivating them so that they are the ones driving themselves, not me. If I drive them based on what I understand, then I’m driving them wrongly. So everybody, even though we are seeing where they’re all walking individually towards their individual goal, and once they come up with their goals, we all go in there help them achieve their goals. So that’s how we work.”

ON HOW HE ENABLES STUDENTS TO COLLABORATE WHILE WORKING ON THEIR OWN PROJECTS:
“Right now, we are working on a short film. It’s called The Alarm Clock. It’s all student-driven. I’m doing directing but they are co-directing with me. It’s a collaborative effort. We are all going to edit it together. We are all going to do the producing together. It’s low-budget, but it’s one of their first movies they can put on their belt…[Also], one of the things I have realized amongst all the students, because we talk a lot…Most of them come from a background where we parents, or we leaders, or we people who are the head of [other] people, always discard people’s dreams…So based on that fact, because it was a common thing amongst all of them, I’ve tasked the students: ‘We need to come up with a script based on following your passion.’ We called it The Director. It’s something that’s also coming up. We’ve written a script, and it’s 100% student-driven, and it’s their own stories.”