Film Connection mentor Peter Scheibner knows a thing or two about being proactive and working yourself into a job. His lifelong passion for film helped him to find gigs even during the years when he had to work a “day job” to keep the bills paid. Today, Peter is the Studio Production Director at Amazing Studios in Raleigh, NC, working on a wide range of projects and enabling his externs to gain a broad base of experience. In a recent conversation with RRFC, Peter gave us plenty of gold, not only telling his own story about working his way into a career, but also offering key advice for Film Connection students based on his experiences. We’ve mined the best nuggets from that conversation for you below.


ON HOW HE LANDED ON FILM AS A CAREER CHOICE: 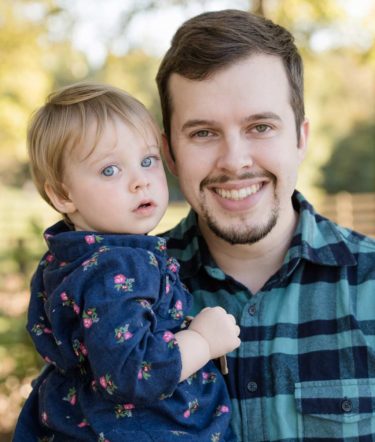 “I’ve kind of been doing it my whole life. I love photography. When I was little, I used to buy those little wind-up cameras and I’d save up and I’d spend five bucks and I’d get one of those and I’d go through it in a day and then I would go and spend another five bucks and get another one…I was probably 12 years old when I bought my first digital camera. It was a Fuji Film and it shot 3 megapixels and it cost me $800…I thought I was going to be a photographer when I grew up. But one day I was taking pictures of little green army men. I realized that if you shoot two pictures back-to-back and you flip back and forth really fast, it looked like they were moving. And so I thought, ‘Well, hey, what if you took 100 pictures in a row?’ And little did I know that that was actually an art form called stop-motion. So I started doing stop-motion animation and I guess that kind of evolved into filmmaking. I bought my first video camera when I was 15, my first professional camera when I was 16, started doing it as a living and went to school. I started film and video production, shot on actual film cameras, which was a blast. And now I’m in the field and it’s what I get to do every day.”

ON HOW HE FOUND OPPORTUNITIES FOR FILM DURING HIS YEARS WORKING A “DAY JOB” AT A CALL CENTER:

“I always had something going, whether it be, you know, mini-docs or short films. I even went so far…you know, I was at the call center, I went to the manager and I was like, ‘Hey, I’m a filmmaker, and you guys have me on the phones, which is great, but I think I could do more for you. So I’ll tell you what. While I’m sitting here on the phones, can I have my laptop open? And you guys have this announcement board up in the corner. Can I just make some motion graphics that’ll help to spice it up and make it cool?’ And they thought that was the coolest thing ever. So, while I’m sitting there on the phone, mindlessly talking to people, I’m in After Effects, building motion graphics…eventually, after about a year on the phones, they moved me into the marketing department there…So I made the opportunities where I was. I never said, ‘Well, I’m just at a call center. This sucks.’ I definitely pushed to make the most of where I was. And that has always served me well…My pilot father always taught me that, that proactivity always will beat reactivity.

“About three years after I graduated college, I was to a point where I was doing enough freelance work that I was sustaining my family. And then shortly after that, I was offered a job at a studio that I work at now as a director. And now I have a nice, comfortable salaried position where I have a sustainable amount coming in every single month and I get paid to create.”

“I do commercials, I do promotional films, I do documentaries, I do short narratives. I’ve shot some…I’m actually getting ready to shoot a short film with Red Giants. I shoot music videos. You name it, I’ve shot it at this point. Tomorrow night’s actually the premiere of a feature documentary that I produced [NC Comicon, the Movie]. I probably have a dozen projects going at any given time. In fact, the shoot that I’m now is for the governor’s office and it’s a promotion piece for the state, but I’m doing that in conjunction with shoots for Google and Apple, while also working on personal projects that are kind of close to my heart.

ON WHY HE IS A FILM CONNECTION MENTOR:

“There’s a saying in filmmaking that, ‘Those that can, do. Those that can’t, teach.’ And I’ve seen it somewhat borne out, which is, I think, probably what intrigued me to this program the most when I first was approached by you guys, was that this was an opportunity for people to learn from those who do, which I think is the best way to learn. It’s what intrigued me in the first place.”

BRAGGING ON ONE OF HIS FILM CONNECTION STUDENTS, EMORY ARZU:

“He’s always with me. Every shoot I’ve had since he came on, he’s been with me…And at this point, he can do just about anything I ask him to do. I’ve taken him on shoots to Boston and San Francisco, you know, Georgia. He’s been all over the country, filming with us, and he’s gotten a lot of real good hands-on experience. So at this point, often times, I’m comfortable enough with Emory that I’ll say, ‘Hey. Go get me a set-up in this area. I want to a shot that looks like this. Go get that set-up while I talk with the talent and prep them.’ So he’s really become very much an asset to me.”

HIS ADVICE FOR BEING SUCCESSFUL IN FILM:

“I speak at a lot of film schools now, and when I do, I tell them all the same thing. You’re always told growing up that there’s two ways to be successful in film. One is to be super talented, and one is to know someone. I am not super talented. I don’t know anybody. I got here the third way, which nobody really talks about, and that is to work really hard. If you work really, really hard, if you just shoot unstopping amounts of footage, if you go out there and you push yourself and you drive to get better in everything you do, you can make it. Anybody can make it, but you have to really want to, and you have to really try.”

ON HAVING PERSEVERANCE AND OVERCOMING DISCOURAGEMENT:

“All the soft skills apply: you need to be punctual, you need to be approachable. That all applies, and those are all really important things. But I think the traits of a filmmaker, the thing that sticks out the most, is the filmmaker is somebody who is just dying to shoot something, as in, get a camera in your hand and go out and shoot something. And if, for you, the thought of going out into the hot sun and being out when the sun rises, all the way to when the sun sets, to get the shot and make it work, doesn’t sound appealing, filmmaking may not be for you. But if you just eat, drink, and sleep, and everything you think about is getting that shot, then you’ve got a shot at this and you can make it. Just work, and work really hard. Always critique yourself. Find other people who will give you honest critiques…Finding those people, you know, not your mom, to critique your work, and take their advice and get better.”