Passing it on: Film Connection student Susan Berger hones her skills for a new nonprofit! 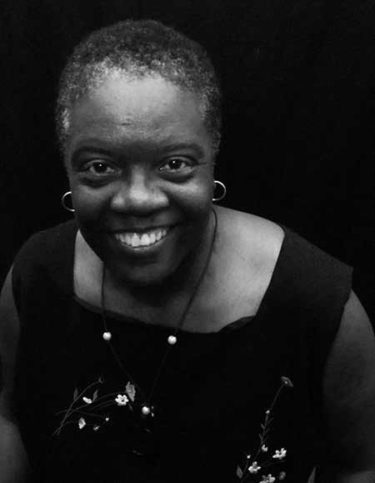 By the time Susan Berger discovered the Film Connection, she was already a seasoned professional by most people’s standards. Coming from a long stint with DCTV (Washington D.C.’s public access television station), Susan also had years of experience in both theatrical and video production. So why would someone with this much experience seek out the Film Connection to become a student?

“I wanted to get some credentials to show that I’ve maximized my experience in those areas,” she says. “I didn’t want to go back to school because I didn’t want to go through all of these college courses… I really wanted to take classes that you guys were offering for video production without all of the other stuff… When you’re working with a professional such as the mentors that were hooked up to the school, you’re learning industry standard techniques, and this is what I wanted to know.”

Susan was paired with industry veteran Christian Galdabini of Z Force Productions in Washington, D.C. Even before their first meeting, Susan realized she was entering a new level of excellence in the industry by working with Christian.

“His general website…was just phenomenal,” she says. “One of the first things I saw was Michael Jackson, President Obama, Geraldo Rivera, just numerous talent, you know, professionals that he had worked with. And even at our meeting, we were sitting down and we were right next to NBC in Washington D.C., and we’re talking, and some people come in and they just were so excited to see him….I learned that he was really well revered in the industry.”

Taking note of Susan’s prior experience, Christian lost no time in getting her deeply involved in his projects, inviting her to travel with him to Baltimore for a large project at Johns Hopkins.

“With all of the work that he had to perform there, he really trusted me to hit the ground running,” says Susan. “He gave me several jobs to do, and I was able to accomplish them all because I felt confident working in the environment with them.”

Susan says she tried to be an asset on the set while learning the ropes. “Knowing everything that is entailed to do the production, you don’t want to be in the way,” she says, “…but you want to be the best in every role that you play…And so whatever needs to be done, you want to make sure that you’re learning the culture of that production and to fit in properly…I would set certain times to ask about certain questions, and [Christian] really encouraged that all that time. ‘Susan, if any have any questions, please ask.’ And I always have questions, but I would make sure that it would be a great time to ask them.”

Susan says she also gained a lot of insight through the screenwriting component of the program. 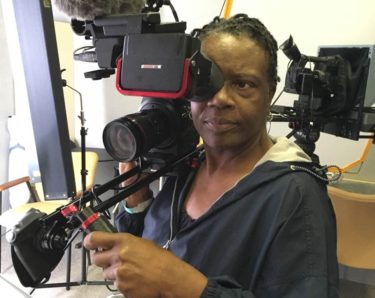 “My screenwriter mentor, who is Ron Peterson, was just phenomenal,” she says. “Even though I’ve been writing scripts for a long time, I learned how it’s done in the industry.”

During her screenwriting course, Susan was able to practice her pitch on another yet another industry veteran, Chap Taylor, who has worked on such titles as National Treasure, Changing Lanes and hit TV series The Blacklist!

“Chap Taylor…basically gave me just loads of information in the industry,” she says. “Even though it was supposed to be a pitch, the information that I got from this guy being in the industry… I’m rewriting a couple of my scripts based on what I’ve learned from him.”

When asked about her end goal with all this additional training, Susan’s answer is a bit surprising: she’s working on establishing a new non-profit organization called Various Media Production.

“I have a program that I’m going to propose to D.C public schools, charters, hospitals, organizations for children to help with video production…children who are abused in any kind of way,” she says. “I want to take programs to the schools for handicapped children, children disenfranchised. I just want to take video production to students to help them learn how to create and be creative. So I need these techniques. I need to know how to properly set up video production, pre-production, and post-production so that I can correctly engage these children.”

Now honing her skills even further, Susan offers this advice to students: “Learn from your mentor, get all that you can, do the work,” she says. “When you first come into the program, you have some classes, online classes with some excellent information about the industry that you’re in. And it’s important that you do the work.”

As for Susan herself, she couldn’t be happier with her choice to attend the Film Connection. “These mentors are the best,” she says. “Never in my life would I be placed with these people otherwise…People do all kinds of things to get to these people…I’m heavily impressed that I’ve been afforded these major privileges through the RRFC curriculum.”