How Film Connection graduate Steven Hadrych Got Hired by Roland 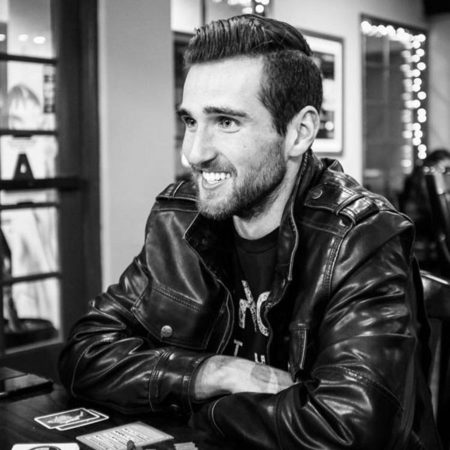 When you’re learning in a real-world setting, it pays to be prepared for anything—you never know when an opportunity will come your way. Take Film Connection grad Steven Hadrych III, who volunteered to help with a film shoot for RRFC’s weekly “Connected” program, and ended up getting hired by Roland!

Steven says the opportunity came when “Connected” did a special session at the Artist Relations Office for Roland, a long-time industry leader in manufacturing top quality keyboards, guitars, synths and other pro audio equipment used around the world. While there, Steven chatted with Mark Esquivel, Roland’s Video Production Manager, who mentioned that Roland had a paid video production internship position opening up.

“I’ve been looking for production work,” says Steven. “I didn’t seem to think about music companies doing video production internships. And so [Mark was] saying, ‘Yeah, it’s on our website. Just take a look, and you can submit that way, or you can come down and swing by our office.’ So just looking at the job description on their website, it was a perfect fit. This was the first one looking through job descriptions where I could check everything off.”

Steven decided to put his best foot forward and deliver his application in person. “I’m a face to face person,” he explains. “I wanted to try to make a good first impression with being able to have them see me and see who I am, and hoping that my personality was able to kind of rub off as I handed them a folder that had…my resume and cover letter in there.”

The move paid off beyond even Steven’s expectations. “I got a call back within an hour,” he says. “They wanted to meet with me. I was surprised it was that quick.”

The job gives Steven a great opportunity to experience all aspects of the production process. “[It] covers everything video production related from pre-production to post-production,” he says, “So also helping them with shoots, whether it’s camera, or video switching, or editing. I also have some set lighting experience, so I could help them out with that as well.”

As an aspiring filmmaker, Steven had initially applied to several four-year colleges for video production, but he really wanted a more focused training program. His research eventually led him to the Film Connection.

“Just looking it over, it was different,” he says. “There was no program where you get to work with a production company. And that was huge for me because I wanted studio, or on set experience, or at least learning under someone who’s currently in the industry.”

He was paired with Film Connection mentors Daniel Lir and Bayou Bennett at Dream Team Directors in Los Angeles.  Steven says he felt a connection right away.

“The thing that really connected with me was Daniel saying, ‘We don’t take on projects that we feel that we can’t connect and send a positive message with…’ That’s my stance as well. I want to support the product, or the company, or the video that is being created to be able to have that connect positively with whoever views it.”

Despite his passion for film, Steven says when he started with the Film Connection, he was still unsure where he wanted to specialize, whether in directing, editing, producing, etc. He says his experience working with Daniel helped refine his interests.

“I did a lot of editing with Daniel and Bayou,” he explains. “I do see myself down the line as being a DP or director, and then an editor as a second option.”

Now with his entry-level opportunity at Roland, Steven is well on his way to a productive career. He credits the Film Connection for putting him in the right place and time with the right skills.

“Film Connection gives you an opportunity to get your foot in the door and begin networking,” he says. “And that was huge for me because being new to LA when I started here, I had no connections. The knowledge that I gained with Daniel and Bayou, I never got in a classroom.…With the Film Connection, you’re able to meet with the right people, expand your network, and gain knowledge that is not gained through a classroom setting.”