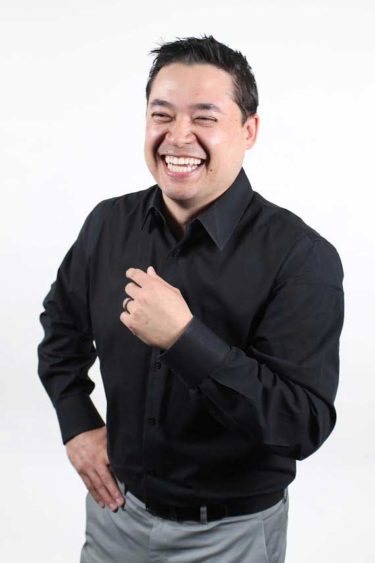 Film Connection mentor David Cottingham is the C.O.O. of Post Time Studios, one of the premier film and video production houses in Lexington, KY. Over the past two decades, the studio has made a point of adapting and innovating to stay ahead of the ever changing landscape of film, making it an excellent place for our students to gain valuable and relevant experience.

In a recent conversation with RRFC, David weighed in on some of the changes he’s seen in the film market, and he also offered key advice on the importance of social media and how filmmakers can leverage it to their advantage. Some of the best nuggets from that conversation have been mined for you below. Enjoy!

ON THE TYPES OF PROJECTS THAT COME INTO HIS PRODUCTION STUDIO:
“[We do] commercials, marketing videos, we’ve done some documentary work, training videos, safety videos, a lot of internal corporate video work…we don’t shy away from any industry…Then, just in the past year, we’ve ventured into original content. We have a Creative Director on our staff that has thousands and thousands of hours in producing television commercials, more reality based stuff for some of these networks like HGTV and Travel Channel and stuff like that. So we’re…we’re getting ready to do a couple shows that are going to be on television.  And we’re actually in talks right now, we’ve got two scripts for feature length films that are looking to have us help out with production and post later this fall. And that’s due to a lot of the tax incentive increase here in Kentucky. There are a lot of films coming here this time now, which is really helping us as well.”

HIS THOUGHTS ON THE CHANGING LANDSCAPE OF THE FILM INDUSTRY:
“Because traditional media, which was shoot to tape, get it cut, and then get it back onto a tape and sent out to broadcast stations, well, all of that doesn’t happen anymore. It’s all digital now. So when stuff gets done, we shoot it all on a card now and bring it in digitally already, and are able to start editing this thing the same day, if possible. You get that done, you basically create a file digitally and email it to wherever you want it to go. From concept to delivery, it’s a lot shorter now. So the biggest thing is the compression rates because they’re always trying to make the file sizes smaller but keep the highest quality possible. So those are the things that we pay attention to the most, especially now that we’re getting into a lot more broadcast television series, original content, OTT stuff that goes on people’s YouTube channels and Facebook pages and stuff like that… 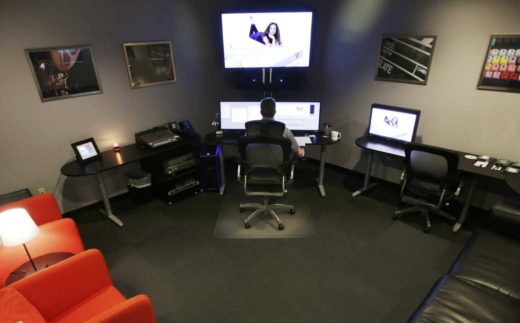 “I’ll tell you one thing that I’ve noticed…We’ve got really nice edit suites here in the office and we take pride in making sure that they’re sound-proof, they’ve got a big screen inside of them, they’ve got great sound in there when the client comes in and is doing an edit process and watching the edit unfold. But within the last, I would say, three or four years, clients are not coming in the office anymore. They are translating everything through email or they jump on a Skype call and they just want the link. They want the Vimeo or the YouTube or just the file to look at and then review from there. So it has become harder and harder to get the clients into the office. They come here and look at our facility, which is brand new, and they love it, but they still have a lot of work to do and they’re relying on us to do a lot of the work for them.”


ON THE GROWING ROLE OF SOCIAL MEDIA IN THE FILM/VIDEO MARKET:
“Facebook has obviously become not just a social media platform but an advertising platform. A lot of people aren’t understanding that or wanting to believe that, but they are basically a broadcast channel now, and the data that you can show a client that shows how many people can watch a video on there…It’s imperative for a company that is trying to advertise or push a product or campaign to do some kind of Facebook advertising and to be involved in Facebook to get people to come to your page and see what you’re all about. And there are other ones like Instagram and Twitter obviously…But YouTube and Facebook are the biggest social media advertising platforms for companies. For films and television…I think for independent film, it’s a platform. For any type of video, any type of production, it is essential if you’re trying to get the word out there or get a following, get attention. Because the only way in this day in age that we’re living in, 2017 right now, it’s not necessarily about putting an ad out on Facebook and geo-targeting and hoping people watch it. It’s getting them to enjoy it enough to hit Share, to hit Post on their timeline so that they’re starting conversations and they get the people that follow them to see it and so forth…If you don’t have something that grabs a person’s attention in the first five seconds, they’ll skip right over it.”

ON WHY HE WAS DRAWN TO THE FILM CONNECTION’S MENTORSHIP APPROACH, AND THE IMPORTANCE OF LEARNING ON THE JOB:
“It is a little difficult sometimes to get people out of college that are looking to work with us or help work with us. Sometimes they’re not trained properly in what we need them to do…they’re not getting enough hands-on training, and we tend to be having to train them up or having to just pass on them and get somebody else out of market possibly. So that’s been a little bit of a struggle. So [Film Connection] was a little better for me because I felt like we can then train people how we do things, and how we feel like the industry around the country does things, the type of systems we have, the type of cameras we use that are used around the world. So it appealed to me better to be able to get hold of somebody early on and train them… We get them involved, and they’re asking questions and they’re learning as they go, which is a lot better system for us versus the kind of traditional internship…I remember when I was young coming through here, I would have loved to have something like this.”

ADVICE ON HOW STUDENT EXTERNS CAN DIFFERENTIATE THEMSELVES AND INCREASE THEIR CHANCES OF BEING HIRED:
“The biggest thing is to not pigeonhole yourself into one job type. If you can, learn as much as you can about the entire process, because if it’s a film or a marketing video, it’s all done the same way. There’s a creative process, there’s a preproduction process, there’s a writing or location scouting process, there’s a shooting process, there’s a post process, there’s an approval process, and there’s a delivery process. So it’s the same, be it a movie, TV show, or marketing film or be it a documentary or commercial. But the way I feel I’ve thrived, and a lot of people in this building have, is that I know every aspect. I’ve been a shooter before, I’ve been an editor before, I’ve worked on creative before, I’ve produced before. I think the more you learn and the more you know, and the more skills you can develop, the more often you’ll have the job opportunities…If you can get your skills up and maybe write this, maybe edit this, maybe shoot this, maybe produce this, you’re going to be constantly working.”