Based in San Antonio, TX, Film Connection screenwriting mentor Ana Bendaña is passionate about teaching her students how to make a script stand out—from character development to unique story arcs to knowing when and what to cut from the screenplay. In a recent conversation with RRFC, Ana peeled back the curtain a bit into her own process and offered some extremely useful insights. The best nuggets from that conversation are mined for you below! 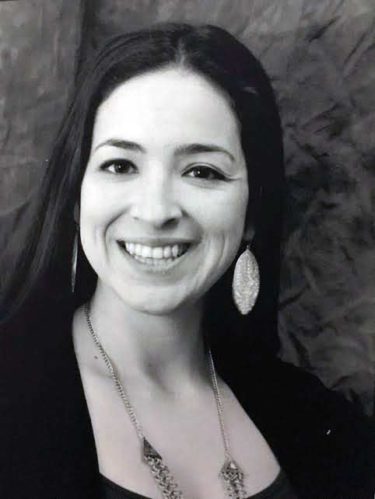 THE IMPORTANCE OF ORGANIZING THE ELEMENTS OF YOUR STORY:
“There are lots of different elements that are happening inside of your mind as the process begins. Your mind is kind of being pulled in lots of different directions, and sometimes it can seem overwhelming, the task that’s in front of you, to keep looking at that blinking cursor and nothing’s happening because you’ve got so much in your head, you don’t even know where to begin…Organization is really just a tool that can help you break down the process…This is how I do it. I approach it with, ‘Okay, I want to write down who are my main characters,’ be they protagonists, antagonists, you know, working for the good guy or the bad guy. It doesn’t matter. It’s like, ‘Who are these people?’ Give little character bios for each of them, even if it’s just a couple of words or a sentence or two. Sometimes you can flesh it out and have one character biography be really long, and others not so long. It’s really about putting weight into certain elements of your story that will keep you organized. So again, organization is key. I would suggest something like keeping some sort of folder or a notebook where you can go back and write down your ideas, no matter how silly they may seem. Then, maybe find a way to incorporate them in a different way with your characters, with the exposition and the action and all that stuff that happens.

“Another point, too, about organization and story, is that you have to let the story grow. It’s almost like having a child. You have an idea and a vision of what it’s going to be like, and then you actually start nurturing the story and starting the story and building the story, and the next thing you know, it’s morphed into something completely different. It’s developed into something better, it’s progressed into something better, and I believe that writers should definitely allow room for that, unless you know 110% what exactly it is that you want. But the organization is incredibly important because there’s…Every screenwriter who approaches a screenplay, whether it be the first time, the second, or maybe the last time, you really want to be able to keep all of your ideas in something that’s easily accessible.”

ON THE TRIMMING PROCESS AND DECIDING WHAT’S IMPORTANT:
“When do we decide what to keep and what to throw away? I call that process ‘trimming’—kind of like trimming the bushes, a little bit…I would say to envision the most important moments in your characters’ lives and use the scenes to really draw that out of them, because the thing about waking life is that we pretty much go through a monotonous routine every day. You know, we get up, we go to work, we put in our eight hours, we go home, we relax, we go to bed, wake up the next day, and do it all over again. So the monotony and the banality of life can really just kind of dull you. So the characters that people create should have an entire history behind them. They should have that monotony [too], but the story is bringing the non-monotonous parts out. So it’s like, everything that this person has been waiting for all their life is finally showing up in front of them. You, as a writer, you’re showing people, you’re not telling people. So you want to put your characters in situations where they will be uncomfortable, where they will not be in the monotony of life.

GIVING PURPOSE TO EVERYTHING ON SCREEN:
“What is the purpose of the scene that you’re writing? Is it to show your audience another dimension to your character? Is it to show them that they’ve been a recovering alcoholic for years, and this one moment that happens forces them to go down that irreversible path [from which] you can’t go back…? Each scene has to have a purpose. So what is the purpose of showing us a montage of a man and a woman raising a child at the very beginning of your story? Well, the purpose is to show us how this little girl was loved and she came from a wonderful home, and all this good stuff, and then her parents died. So there you go. That’s the end of that routine, right there. Everything that she’s known every single day of life involves her parents. That’s what happens when you’re a child, right? Then, one day, maybe you’re a teenager, and your parents die on you. So then your life goes in a different direction. So you’re showing us, at the beginning, this beautiful montage of this wonderful family. The purpose is to put that emotional weight onto your audience to be like, ‘Oh, look at the beautiful family.’ And then the next thing you know, they’re dead. It’s got that punch to it. So ask yourself what the purpose is…I think that that’s where a lot of people get lost a little bit, because they have so much that they want to show and all this stuff that you forget that you only have a small window. You want to be able to give us the most straightforward approach in terms of showing who your characters are. If your characters are a complicated bunch, then it’s going to be logical that they’re going to go through complicated, roundabout ways of doing things until they actually get to their goal. Other people might go from just point A to point B, and that’s it, they got it. But it depends on who the character is, what they’re doing, and why they’re doing it. What is the writer’s purpose for showing us that stuff?”

ADVICE ON CHARACTER DEVELOPMENT:
“You really want [your characters] to be unforgettable in some way. Are they brave? Are they quirky or funny? How are they like that? What kind of situation are you putting them in?
What kind of “trouble,” what kind of conflict are you putting them into that’s going to challenge them the way that they should be challenged in their development? Is it going to be something where you’re going to throw something heavy at them, not heavy at them?…Can your characters transform in an authentic way? I really think it comes down to, don’t be cliché, because people are bored of that. They’ve seen it so many times. So how is your story different than the others?

“When it comes to a protagonist, it’s a character whose transformation drives the story. The one that I always think of is Luke Skywalker. His goals and his transformation of those goals really do drive the story…Make it something that’s universal, but without making it cheap. That’s the word, “cheap.” Don’t make it cheap…Give them a realistic weight.”

ON DEVELOPING THE PLOT AND FINDING THE ORIGINAL APPROACH TO TELLING YOUR STORY:
“You’re showing us these characters’ choices through their actions, through their dialogue, and the conflicts that therein rise up. Whoever your antagonist is, if it’s a faceless antagonist, if it’s a many-faced antagonist, it doesn’t matter, just remember that the plot is the series of events. Why do these things happen in this story? Because each story, in my personal opinion, is a window into a very specific universe. That’s the beauty of story-making, because we don’t necessarily have new and super-original stories anymore. We basically see authentic…new ways of telling the same story. I think that’s the real challenge in writing…how is your story different from the millions and billions of stories already out there? Why should your audience care about this character and the universe that they’re in? If you can answer that, then you’re on the right track, because then you understand why you’re doing what you’re doing.”