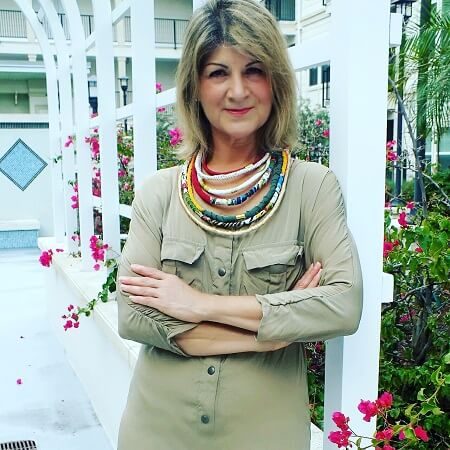 Prior to that, because of Cheryl’s sterling service record, she was hand-picked to be one of first females to attend Minuteman II, Modernized Undergraduate Missile Training, a combat position previously held only by men, which she completed as a Distinguished Graduate. Cheryl went on to be the first female missile launch training instructor, the first female Squadron Command Post Deputy Missile Combat Crew Flight Commander, and Commander of first all-female Minuteman II crew. Cheryl was also hand selected to brief Chairman of the Joint Chiefs of Staff, General Colin L. Powell and his Russian counterpart on Minuteman II mission system capabilities. Now retired from active duty, she’s penned her TV pilot “Cold War Charlie,” a fictional dramatization based on her career experiences as a dedicated, talented Air Force officer, and crusher of the glass ceiling during the Cold War era.

What are your big takeaways from studying with Film Connection and your screenwriting mentor Ron Osborn?

“I learned how the industry works and about what people want to watch, what pulls and draws the audience in, what will compel that person to come back from a commercial break, and how to keep that person tuned-in so they want to watch your series, season after season… sure, I could use a lot of my experiences, but I had to bring out Charlie to be that protagonist. I learned about how to keep the focus on Charlie while storytelling, and I really appreciated the mentoring every step of the way.”

Was there anything that you had a mental block around or a specific challenge that maybe took some work to overcome?

“The mental block that I had was the cliffhanger and how to resolve that in the next act, and making it flow so that it is an effective cliffhanger. So thinking through that process in like 10 pages of dialogue really took some processing and understanding. It’s a lot easier now.”

What can you tell us about Ron Osborn’s mentorship style? What was it like working with him as he guided you through writing “Cold War Charlie”?

“An honor, given his experience in the industry. I love his personality and the fact that he has a great sense of humor. His approach is, ‘You do the work to get all the credit.’ His mentoring style is very professional and easily understood. He doesn’t handhold you which is so important when you’re learning something new. You know, you get some mentors who may get frustrated if you don’t catch on to a concept and may end up doing the work for you to move things along. Whereas with Ron, he has tremendous amount of patience in how he explains things and plenty of samples of professional work he sends you. For example, when I was learning to build my characters and their personalities creating a bio for each of them his explanations and examples made my learning curve easy. So I felt like, ‘Gosh…I’m working with an actual professional screenwriter.’ Though I did the work, his mentoring is like working with a writing partner.”

When you came to L.A, you and Ron met face to face. Is there anything you can tell us about that experience? 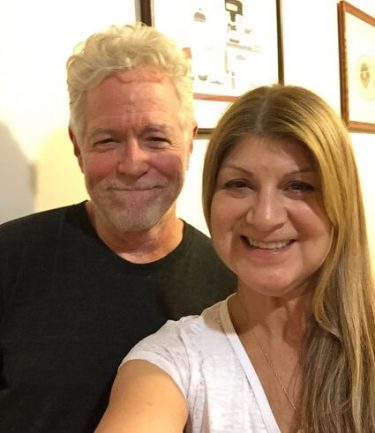 “Oh, it was wonderful! We met at a coffee shop and had a class there. I wanted to meet him and spend some time together to build a relationship with my new mentor. I highly recommend it to all students if the opportunity presents itself. I really appreciated his time, and I hope to be able to come up and see him when I pitch “Cold War Charlie” to producers.”

What’s your advice to screenwriting students who have a life experience they want to share and turn into a movie or TV show?

“I say don’t get disappointed if your mentor says, ‘You know what, I think your life experiences were great, but that may not make the best protagonist,’ to be okay to let go of some of that script you had in your mind for five years and be open to mentoring, and be open to the creative aspect of embellishing a bit, your protagonist and other characters. You can still use your life journey…You can walk your character through a lot you’ve experienced. That’s where the creative side comes in because your character can do anything as long as you write it. I mean, my character developed into this amazingly strong female character. In the military for example, women are not allowed to join SEAL Team SIX, but Charlie can join SEAL Team SIX…as a member of Special Forces she can use her abilities to kick butt. That’s how strong she is. So, it’s been fun creating Charlie in my mind.”

Considering your expertise in intelligence, missiles, space, and the Cold War, are you open to consulting for screenplays?

“Absolutely, positively, yes! That was another reason I wanted to become a screenwriter because when I see movies being produced, when it comes to getting the military involved, space and intelligence, I often say, ‘No, you got that all wrong.’ Not that we want to give away secrets…[but] let’s at least do a few things right to be a little bit more believable.”

So where are you at with “Cold War Charlie”? We hear you’ve been getting some very favorable responses from people in the business.

“Ron and I are coming close to our end of working together. So, he suggested getting my project out for feedback by me entering it into contests and asking for feedback notes. So, I’ve entered “Cold War Charlie” into several different screenwriting competitions and have gotten tremendous positive feedback. I think the highest was 8.7 out of 10…which means I am in the quarterfinals. So, this is great! I’m getting great reviews and the feedback from industry professionals has been very helpful to my project because I was just getting feedback from friends, and you know, of course they say, ‘Great, great,’ but they may not give you really what you need.

So that’s where we’re at right now, just getting the script out, finishing up the series overview. Then from there, I will come up to Los Angeles and work with Film Connection… [to] pitch “Cold War Charlie” to producers.

Film Connection has been an amazing experience for me. When I started my project, I was diagnosed with cancer while still on active duty. So, Charlie, my character, had to really come out of me as a person just to get through my cancer surgery and treatments. My character became even more determined of overcome all obstacles, because by golly, Charlie’s going to overcome everything!

Having Ron there, and having the school (RRFC) there and being very supportive during that process was very healing for me. I could have easily given up due to the stress of the news, had I been pressured to hurry up and finish my project—but that wasn’t the case, I want to thank Ron and Film Connection for their patience in my progressing through my screenwriting at a pace that has been comfortable for me and not rushed.”

*We’re very happy to announce Cheryl Gallegos Agbunag’s TV pilot script “Cold War Charlie” has been nominated for a Spotlight Award for “Best Role Written for a Leading Woman.” In the WeScreenPlay TV Contest, “Cold War Charlie” made the 99th percentile and has advanced to the quarterfinals!


Ron Osborn shares how he Organizes his Writing Schedule