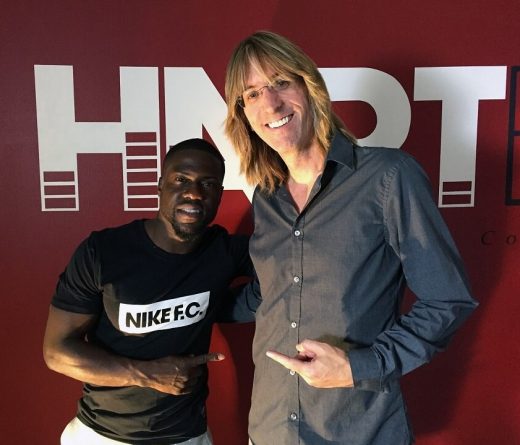 Ron McPherson and Kevin Hart for What Now

Producer, DP, and filmmaker of many talents Ron McPherson (Los Angeles, CA) found his way into film via his early career as a makeup artist and photographer in the entertainment industry. Now, with close to three decades in the business of making movies, he’s lending his various talents to help educate the next wave of filmmakers as a Film Connection mentor. We recently caught up with Ron to hear about his latest projects and garner a bit of advice for film lovers who want to find their way in the industry. Enjoy!

Have some recent projects you’d like to tell us about?

“I just got back from Washington. I was up in Anacortes, and I was filming killer whales in their natural habitat. I went up toward Canada… It was like 68 degrees and clear in August and the water was calm and it was just gorgeous. We got to learn a lot about the orcas and the community of people that basically live with these magnificent creatures. I mean literally, there are hundreds and hundreds of people on a daily basis that are in boats or walking along the shore, and giant killer whales, maybe 6 or 8 of them will just swim by, you know? And it’s just part of their everyday life. I’m going to be sending a proposal to National Geographic, who’s very, very interested in these types of subject matters. It’s very much their focus. There’s a big story to be told about the wildlife and people in those regions”

You’ve also worked with Kevin Hart a number of times.  On which projects?

To name a few, on What Now? , a Tommy John Products commercial, and a Miller Lite commercial too.

Also, you recently did two horror movies, Howlers and The Harrowing. What can you tell us about those projects? 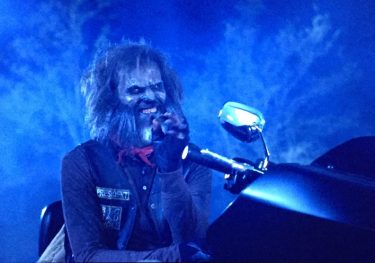 Still from the set of Howlers

“Howlers was directed by Josh Ridgeway who’s amazing. He created the film and wrote the script. When he told me the pitch and I was like, ‘Werewolves on motorcycles! …I’m in.’ It’s basically a modern day Wild West meets werewolves… It was a challenging film for many reasons, like all features, but ultimately the creative people that were involved in it pulled it off exceptionally. You know, it’s not easy doing a really great feature. When you have a great creative team and you have an amazing cast of real professional actors, you would never know how difficult it was to make the film; you just have a great movie. And I believe that’s what Howlers is going to be, because a whole lot of love went into that movie…

“On Howlers I met the actor Matthew Tompkins, and really became a fan of his work and the character he was doing. We just connected. Within a few weeks or so after Howlers wrapped, he called me and said, ‘Listen, I’m doing this other movie that I’m producing and I’m starring in, and I want you to shoot it, man, because this is going to be The Movie and it’s going to be a fun movie, and we’re going to get you everything you need.’ And I just said YES!! And I went right back to Texas. The Harrowing was an independent film. We shot it in, gosh, I think it was something like two weeks… Matthew Tompkins is just a joy to watch and work with. Then you have Arnold Vosloo and Michael Ironside and they’re just such strong actors. I had a great time. Director Jon Keeyes became a pal instantly. We were able to create several one take shots that were so cinematic because we had such a strong team.” 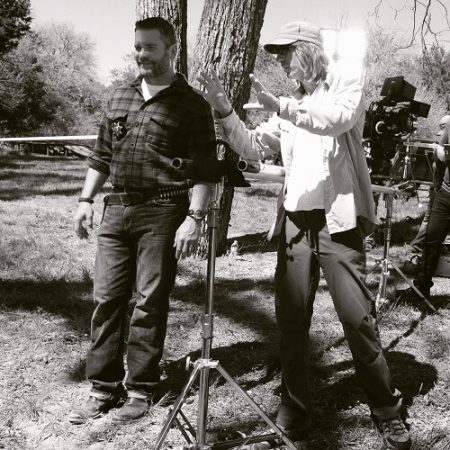 What’s the best thing about being a filmmaker?

“I think a lot of people would probably say being a director. A lot of people want to direct. Everywhere I look, that’s what people want to do. And I’m not saying that the other jobs aren’t as important but that seems to be the most popular job. If we go with that perspective, then it sort of means you kind of need to know everyone’s job that you’re leading, and I feel like by doing a lot of these other jobs, makeup effects, makeup artistry, film photography, cinematography, lighting, I also build miniatures and models, just being that hands-on artist, really, that creative artist, it’s like being a bit of a superhero, you know? It’s a superpower, really, because it levels the playing field in a way for me that makes me go, ‘Wow, there’s this huge opportunity here. How can I best serve this project?’”

So are you saying film producing enables you to step into projects and serve whatever need you think needs to be served at that time?

“I think just knowing all of the different crafts and knowing what’s entailed. Like for example, people say, ‘I want to be a director.’ And it’s like, great, cool… Are you ready to tell maybe 20-40 people (on an independent film level) every day, that’s your crew, how to most efficiently get the result that you want, and not rely on your AD to do it all the time?… How are you going to handle it when other people don’t deliver, how good are you at solutions and problem solving and switching gears all day? It’s where creative meets business responsibilities. That’s really directing.”

You’re also a big believer in maintaining a work-life balance which is something alien to many aspiring filmmakers.

“I think that is the key to really becoming a Jedi because how can you be a real film Jedi if you’re not having a work-life balance? I mean, anybody can just be all work all the time and be completely miserable in their personal life. Anyone can do that… When you’re balanced on your personal side, guess what, you’re better creatively, you’re less frustrated, you can work longer because you’re not as stressed, and vice versa…There’s a difference between knowing your value and practicing it, developing it, and growing it, and the shotgun effect of, ‘I don’t know what’s going to happen. I’m going to just do all this stuff this week.’”

Just recently you got a Film Connection student on the set of music video “Secrets” starring Adrienne Bailon:

“Christine Liu showed up and I got a chance to meet her in the busy-ness of arriving at set. I said, ‘Well, what are you looking to do?’ She said, ‘Well, I’m very interested in screenwriting.’ I sent Christine to the AD to be on his team…So she did the entire “Secrets” video literally on the team with the Assistant Director and working very closely with all of us. It was a very long day, but yeah, and she was wonderful.

When I have an experience like that with a student and I just, I can see that potential, and I really believe that everyone has the potential. So I’m always looking for people and spotting that potential in them.

With Christine it was the same thing. We have another show coming up here in a few weeks that is a fashion show, and I thought of Christine…Even though it doesn’t have to do with writing exactly, it does have to do with the inner workings of how these productions go. And I think the value for the students is being able to see the behind the scenes, pulling back the curtain and letting her meet Oz. And I think that kind of experience just provides such a priceless value to a person that’s entering the film business that’s deciding where they want to go, what department, what place, what appeals to them.”

So let’s say that I am a story person. I love movies, I love story, and I’m interested in working in film. Could I possibly have the potential to become a good film editor?

“Sure, absolutely. In fact, I will even have the editor, or what they sometimes call the story editor, come out to the set or even hire them as part of the prep before we shoot something… as an example, Reality [TV] would use a story editor. You can use the talents of the story editor to know how to shape things…That’s a story editor, really.”

Is the story editor also the editor back in post? Or are those usually two different people?
“Usually it’s going to be the same person. I mean, everything’s the Wild West when it comes to independent production… [or] it’s going to be the person that can translate between what’s happening on set and what’s going to end up happening on the editing bay, so that the editor can be on the same page and can really have a better understanding of the hundreds of clips that he’s looking at, because the story editor is there saying, ‘Yeah, this girl right here, when she did this, this is what happened.’ And the editor can now say, ‘Oh, okay. Great. Well, let me find shots that are going to be the best for the story.’”

“It’s important to have a general idea of where you want to be. If you can pick, we can use broad strokes like ‘I really want to be behind the camera somewhere, I don’t know, maybe directing, maybe producing. I kind of like writing.’ Those are all very different things. Try to narrow it down to just a few things and see how interrelated they are. That’s the beauty of what I do and being able to know enough about each department to efficiently and effectively make use of everybody to serve the story.”