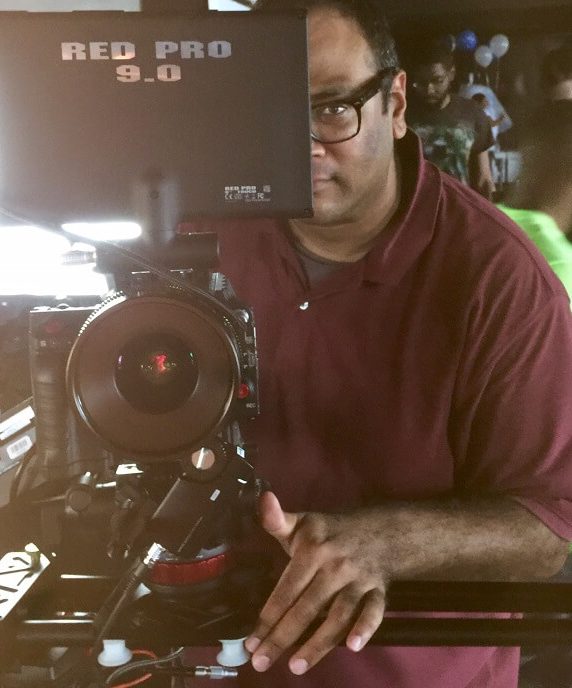 If you’ve been reading our newsletter for the past year or so, you’ve definitely heard about Film Connection for Film Production & Editing graduate Ananth Agastya. Despite the fact that Ananth currently has a demanding career in the tech sector, he’s extremely committed to filmmaking. So much so, in fact, that he schedules his shoots on off days and during vacation time, and spends weekends and a great many weeknights editing, writing, and producing various film projects.

Ananth just wrapped post-production on his short film “The Fallen,” a powerful, nail-biting drama set smack dab on the battleground of the war arena (on IMDb). We caught up with the writer/director/editor, just as he was preparing to submit to a number of film festivals, in order to learn more about his experiences making his provocative short film.

Your film takes place outdoors and despite careful scheduling, you had rain on Day One of the shoot. Tell us about that.
“The first day, we started filming early in the morning, at 8:00 am. We completed the master shot, but then it starts to pour. Luckily, there was a screening-and-costume room, big enough to hold all of us, right next to that location. So, we stayed indoors and finished lunch; we lost about four or five hours to rain. Just when it got bright and sunny, we stepped out but it rained again! We risked losing the entire day to rain. Finally, we adapted. Some of the crew came out and said, ‘Okay, maybe there’s a portion that we can cover off and we can get a few close-up shots, and that way we’re not losing the entire day.’

So, [in the film] when you see some of those close-up shots where the guy has trouble reloading, he looks around towards the ‘enemy’ side … all of that was completed when it was actually raining…

When it finally stopped raining, we got a few more shots, but essentially we were done with maybe only 20% on the first day. We had rented a big house right next to the location. So we all went back there, got some rest. On day two, since this was in the summer, the sun came up at 5:30 am. So by 5:45 in the morning I was knocking on everybody’s door, waking them up; we began filming at 7:00 am. That was a grueling day. But we finally got done with everything we needed by the end of that second day.” 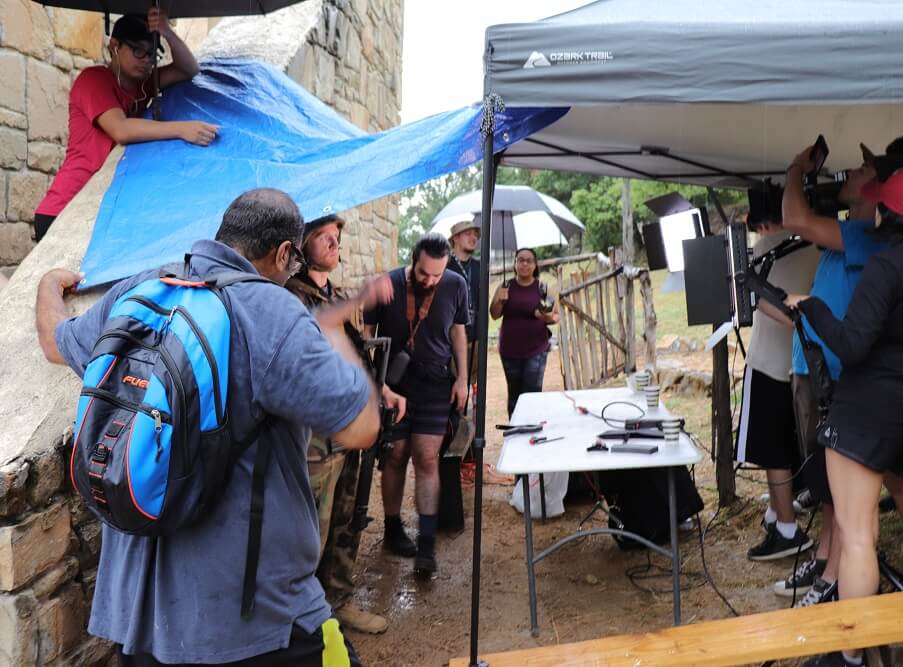 Your crew was comprised almost exclusively by Film Connection students and grads.
“Noah Cook and Jacob Sizemore, were both my camera guys. My First AC’s were Caitlin Cook and David Aguirre. And my first AD was Shaun Robertson. They’re all graduates of Film Connection.”

And when it came to the casting, the actors brought more than you had anticipated, even during their auditions.
“I did exactly what Film Connection told me to do, which is, ‘create that blueprint and go find the actors’. So I made that blueprint. The story wasn’t even set in stone…I didn’t think I would get any response. But I had 80 or 85 submissions for the three roles, and I think more than half of them were veterans. They really wanted to act in this. And I gave a pretty good description of the story and the characters on ‘Backstage.’ I told them that I wanted three really distinct characters, and I did several rounds of auditions with them.

[But before that] I had a discussion with them to see if we have a similar mindset when it comes to storytelling. Also, I wanted to see if we had a good matching communication style. If that worked, then I would go to the next level, and I would ask them to do something physical, because this was a very physical project, right? So I would ask them to bring a mock weapon, for example. I would ask them to hold onto a camera in front of them and run, because I wanted to make sure they weren’t panting after a minute of running; they wouldn’t last 14 hours with me. So, I kind of put them through these tests, so to speak, that gave me an idea of their perseverance and their interest in the project. That way, I saw their commitment come through. 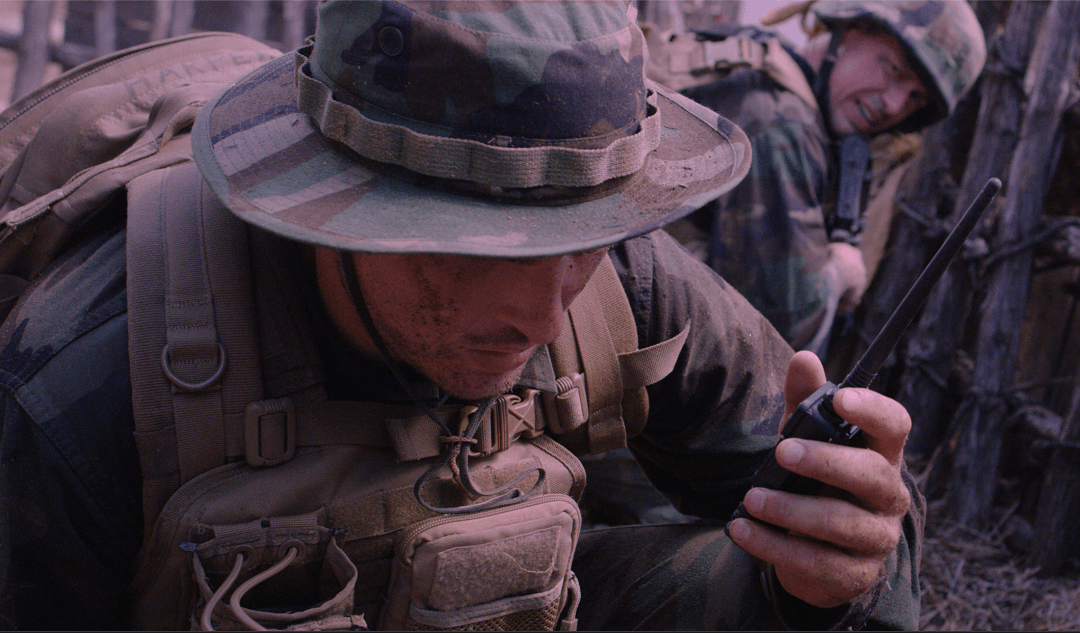 I also signed them up for weapons training; a veteran taught them how to properly handle weapons, gave them cues about military-style movement and communication; the entire experience was a revelation for me and the actors.”

Do you have any advice for aspiring filmmakers who want to do something similar to what you’ve done?
Create good working relationships through your Film Connection mentor. It could be either with the other students coming in from Film Connection or the crew that your mentor’s already got. That’s the way you network. You work for them, they work for you. It goes both ways. When they need something, you try to be there. When you need something, they’ll pull their weight for you. It’s very important to be very patient with all the students, because everybody’s got their own learning curve. If they’re new, they tend to understand things a little bit differently. It changes according to their level of expertise. So you’ve got to speak a different language with everybody. To have that modulation in language and patience is very important. And, you’ve got to respect the actors and crew. That was my biggest lesson here; these guys brought in a lot more than what I had expected to the project.

And it’s important to have fun, but it’s not funny business… If you get too serious, you’re going to drive people away. So it’s important to strike that balance of respect and keep it fun and also get them excited. Additionally, you also have to take care of all the logistics. Make sure the food, water, equipment is sorted, and ensure everyone is accountable for their part. It’s all about motivating them.”