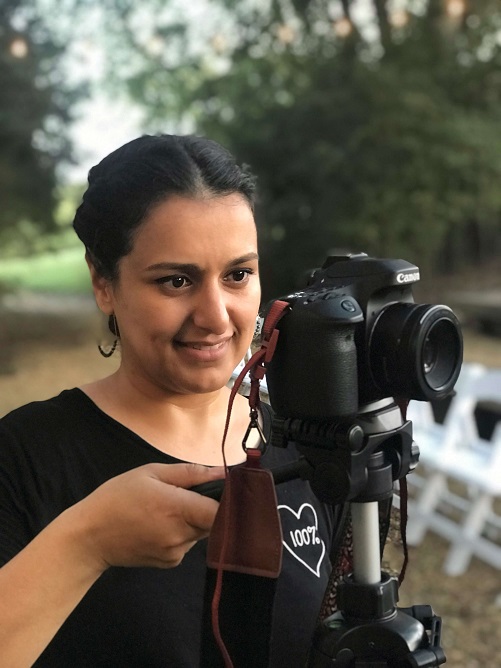 As mother to a young daughter, experienced photographer Reem Rawi needed a cinematography program which would suite her schedule and enable her to learn at a rapid pace. Her search ultimately led her to Film Connection and longtime mentor Zac Adams of Emmy-winning production company,  SkyDive Films (Nashville, TN).

Just two months into the Film Connection for Cinematography program, she’s shot, edited, and even directed several promotional and tourism commercials under Zac’s mentorship. Speaking of Reem, Zac says she’s “extremely hardworking, reliable, and has a great eye for Cinematography.”

Understandably, we just had to speak with Reem about the program, and as it so happens, an experience which has turned out to be downright transformative.

What brought you to Film Connection in the first place?

“I was looking for a fast, quick, hands-on filmmaking program and had looked at so many institutes and colleges. I went to all of them around Nashville, but their curriculum and textbooks were so boring…and there’s no really hands-on experience. And the fact that you have to go to college or to class for a long time during the day, I just cannot live with that because I have a two-year old baby girl and I wanted something that really works with my schedule.”

So far, has Film Connection for Cinematography worked for you?

“It gave me the jump start that I’ve always wanted, away from textbooks and general education. I don’t have to do English Literature and Math. So this is the most awesome part of this program. We don’t have to do general education…That’s what made me choose to do the program. It was so different. I wake up every morning realizing that I have made the right decision.”

So what started your interest in film in the first place?

“I have always loved this medium. Since I was a child, I’ve always wanted to be a director. But this dream has been put off for so long, and as I’m reaching my 40s I’ve just realized that I don’t have much time to make my dreams come true. So I thought that this is the time. If I don’t do it now, I will regret it my whole life. So that’s what made me make the personal decision to take this path as a career, and you guys really helped me make sure that I made the right decision. I’m so happy that I’m with you guys.” 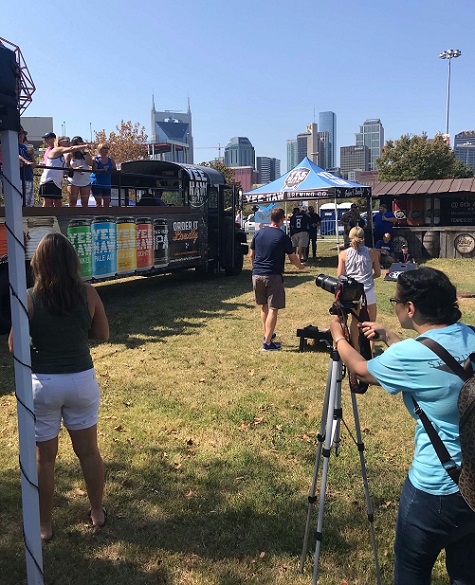 “He’s a great guy. You feel like you’ve known him forever. He’s easy to work with. At the same time he’s so firm. And yeah, I feel so comfortable working with him. I know we are not in Los Angeles, where some other students might experience different studios and different cameras, but the jump start that Zac is giving me in this program, yeah, I wouldn’t replace with anything in the world. His production company is so simple, but he has so much experience. He’s active, he’s motivated, and I’m really happy that I’m working with him and learning from him.”

The first time you met and interviewed with Zac, how did that go?

“He asked me about my expectations and my goals. I was afraid at that time that he might turn me down because I had zero experience in film. I do photography, but film, I didn’t use film. I didn’t do [any] editing like Premier Pro or video editing. So that was my main concern. But we talked a lot about my intentions and goals [and] he accepted to be my mentor.”

Now that you’re learning something you’re really passionate about, do you feel you’ve changed in some way?

“I’m totally a different person. I have a totally different perspective. Like, two months ago I wouldn’t have dreamed of this. Two months ago if someone would have told me that, ‘In two months you’re going to be like this,” like I’m now, right now, I wouldn’t believe it. My mindset is different, the way I look at myself is different. I feel I have an asset that I’m working on…And it’s brought up the potential that I never thought that I’d have.”

Tell us more about that.

“I didn’t know that I had this potential in filming and editing. Yeah. I’m so proud of myself, first, before anyone else. And yeah, I wouldn’t do it if Zac wouldn’t have told me to do it. He set deadlines, like, ‘I want it by this and this time,’ and ‘Do this and this. Focus on this.’ He told me what I did wrong and what I did right.”

What are your career goals going forward? What do you want to do once you graduate?

“Thinking about it, it feels like a whole world of opportunities is waiting for me…When I was preparing to start the program, I was telling myself, ‘Oh yeah, I love commercials, I love movies, I love to be on set,’ but now with all the doors that this program is making me see, I don’t have a set goal. What I’m focusing on right now is learning. I want to learn and observe everything I can while I’m with Zac and my editor. I’m sure that the best is yet to come. But my main focus is learning.”