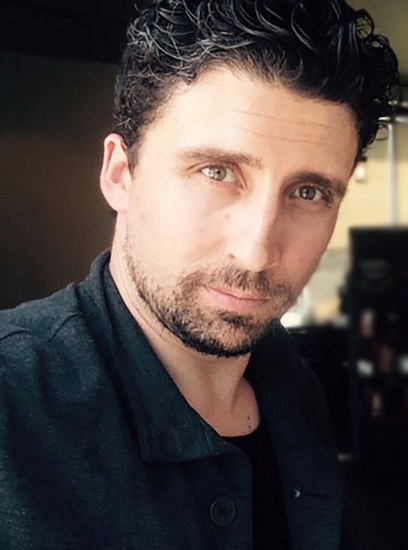 By the time Tyler McGraw (Los Angeles, CA) enrolled in Film Connection for Film Production & Editing, he’d spent years trying to find his “in.” In fact, he’d even gone as far as making his way into a Hollywood studio where he pitched several reality TV projects. While that pitch didn’t culminate in the happy ending Tyler had been hoping for at the time, it set him on a new trajectory which led him to us, and ultimately to working some very big projects including Showtime’s Homeland.

So tell us about that fateful pitch which set you on course to find us.

“I was really good at cold calls. I was able to get one of my shows looked at by NBC on a cold call, literally just by calling them up and then also sending a cold email to the vice president of Development’s office. Two days later they called me and asked me to send them the pitch materials for my show. I was able to make the same thing happen at Sony. (They both passed.) I got a lot of other production companies to look at the shows I had been developing and pitching too, including Profiles Television, which is the company behind The Amazing Race. I wish I had gone to them first, because they gave me really good advice…

They let me pitch all seven of my shows to them and they took not one, but two meetings with me. They even passed me up to their vice president who looked at all of my shows and said, ‘You’re doing everything right, your shows are great. We’re not going to take any of them because we don’t know you.’

I said to myself ‘Okay, well great advice…I need to get to a position where people know me… I need to get on set.’ I’m starting to research and I’m thinking, ‘Maybe I need to go back to film school’. That’s when I stumbled across Film Connection.”

You called us up, enrolled, and were matched with Richard Brandes (of Wild Horse Pictures, LLC.) as your Film Connection mentor. What happened next?

“First of all, Richard got me, very briefly, into a production office. After that he got me on the set of a Lifetime movie where he introduced me to Marianne Wunch, who I worked with for four years. She’s now an executive at Mar Vista. Marianne really helped in terms of grooming me and helping me grow up in the ranks of the non-union world. We were specifically doing a lot of Lifetime movies.

It was also on the very first day working on Marianne’s set that I met a Location Manager. His name was Sean Hernandez. He took me under his wing and introduced me to a couple friends in locations who also trained me, namely Remy Elles, Sheila Ryan and Dujuan Johnson…Locations seemed to be this mishmash of all these life skills that I had developed over the years from waiting tables, acting, pitching and developing shows for Reality TV. It’s a lot of social skills, it’s a lot of cold-calling and cold-knocking on doors, relationship building and it requires a lot of organization.

It wound up being a good fit for me, but furthermore, it turns out is also a big part of the job that producers are already doing anyway. Which is what I’d ultimately like to do one day… Produce. So it seems like just through the energy that I was putting out there and through the relationships that I was making, this nice little pathway is starting to form.”

How many features have you worked on to date? 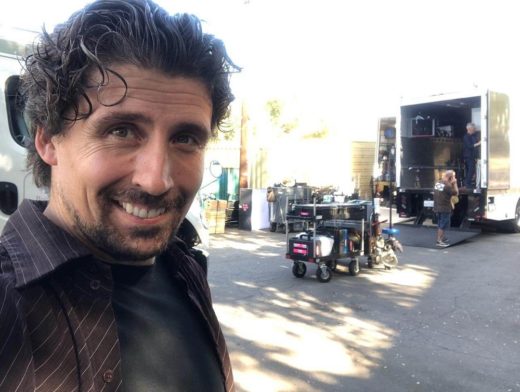 “I’ve done a lot. I’ve probably done close to 20 Lifetime movies. I’ve done a handful of commercials, a small handful of music videos, and a couple TV series. I worked on the first season of Love/Sick, which was produced by Awesomeness TV and I think they went for a second season. And now, yeah, Homeland is added to the resume!”

How did you get hired onto Homeland?

“Over the course [of a feature I worked on], I had become really familiar with Ed Duffy, who’s the vice president of the union, Local 399. I had been talking to him a lot. And also, all my location manager friends who I had become friends with over the [past] four years (all of them recently became union within the last year). The moment I became union, they were all were blowing up my phone trying really hard to get me onto their sets, because they’re like, ‘You’re union now. Let’s get you on!’…

Remy got me on two days of a new upcoming Mindy Kaling show. It’s untitled right now, but she got me two days. Apparently I did well on those two days because Ed Duffy then sent out my resume to a bunch of location managers. I got 13 calls for union jobs (literally overnight) and the very first call was Homeland.”

What’s your advice for Film Connection students on how they can make the most of their time in the program?

“I think what they should realize going in is that Film Connection can provide the opportunity and provide you with a foot in the door… but after that you have to realize, what you do with that opportunity, is entirely up to you…

Coming in the door with an escort, Richard Brandes, who says, ‘Hey, I’ve got a Film Connection student, they can be helpful to you. They’re hungry and they’ve got a good attitude, but they’re super new.’… That buys you patience. Nobody expects you to know everything right away. They know exactly where you’re coming from. You’re a student. That was extremely helpful because it bought me the time that I needed to learn and grow.

However, you have to show that you’re responsible, you have to show that you’re hardworking and that you have a good attitude. You should also have a healthy respect and understanding for how hard it is to get in, because it’s hard. I spent twelve years trying to break in on my own and I couldn’t do it. Film Connection, on the other hand, provided the open doorway and I was able to break in only four years. There’s a lot of people that try to get in and don’t, but what Film Connection is providing here is incredibly valuable. My advice to any current or prospective students is to seize the opportunity they are providing. It works.”