Film Connection apprentice Youp Zondag: from Holland to LA and beyond! 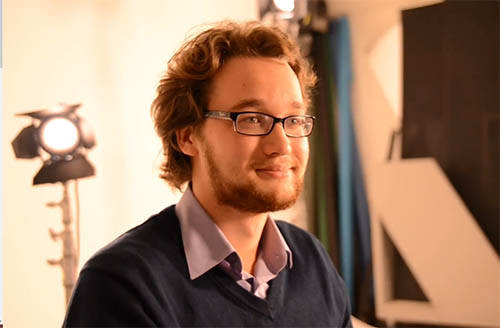 Film Connection apprentice Youp Zondag first came in contact with the Film Connection in Austin, Texas, by way of Holland:  his family moved to the U.S. so Youp could pursue his dreams of a film career. After starting classes at The Art Institute of Houston, Youp soon left disillusioned because of the cost and the overall lack of direction he felt.

When he enrolled in the Film Connection, things began to change quickly for Youp. He began working with two mentors—one locally in Houston for production, and one remotely for screenwriting. He soon relocated to Los Angeles to work with Daniel Lir and Bayou Bennett of Dolce Films.  Within the first week, he found himself on the set of a shoot, where he met the producer of Hannah Montana. Soon after, Youp was collaborating with other filmmakers, assisting on music video shoots, and even getting helpful advice from real film professionals on how to perfect his original scripts.

In short, within a few months of externing with The Film Connection, Youp Zondag has gotten more real-world, hands-on experience and connections in film than he ever would have in a classroom-based film school—and he’s paying a lot less money in the process!

New! Finance your education with Meritize.
Get approved in minutes with no impact to your credit score.