Ask Film Connection student Mary Anne Zamora what prompted her to pursue a career in film, and she’ll tell you it’s all about the storytelling.

“I really started out as a writer,” she says. “That was part of my creative journey…I just loved to write short stories and articles, and then I realized eventually that I wanted to pursue writing that’s more narrative in nature, telling really good stories. And then I would say it came maybe a little bit later in life for me when I realized that I was really, really interested in becoming more of a visual storyteller…That was the catalyst that inspired me to seek a career in film and video production.” 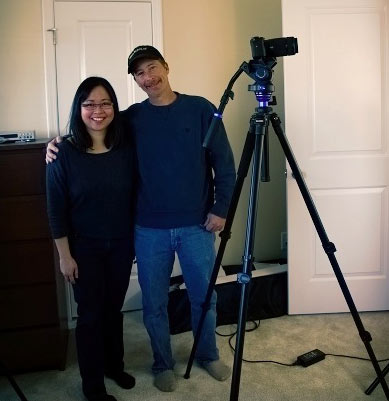 The idea of film school presented a challenge because of the schedule and time commitment involved—but then Mary Anne discovered the Film Connection could train her on-the-job, working around her work schedule. “I am at a point in my life where I do have a day job,” she says, “and I really was attracted to the fact that you can work around your schedule—still be able to pursue your dreams that way. Because when you’re working, it is really difficult to uproot your life and stop everything and go to school full-time and then abide by a set schedule, because usually that’s how most traditional schools go. Also, I was attracted to the fact that you get to network and get to know professionals who are actually in the field doing something…And you really do learn a lot being on set, and being sort of thrust into it, the reality of it, rather than being in a classroom reading books.”

Even with her interest in writing in general, Mary Anne went into the program determined to jump in with both feet, to learn every aspect of film that she could, from directing and cinematography to editing and color correction—which is why her mentor, Wes Cobb at West Art Video in Charlotte, NC, has proven to be such a great fit for her.

“He is a genius in Final Cut Pro, and that is his area of expertise,” says Mary Anne. “He definitely knows his stuff, and I just feel very privileged that I am learning it from someone who has such command of the editing side too.”

Wes is making sure she understands the business side of things, as well. “When we have our sessions,” she says, “although we do focus more on the technical side and the creative side of editing, we also talk about the business side of things, and how he runs his business, and what his principles are, and just giving you tips about how to succeed, and what he thinks I would need to achieve success or longevity in this industry. I think this is really valuable…I think it’s good for me to actually hear it from him because he has established himself and his business as a successful entity in the market.”

Since starting her externship, Mary Anne has gotten quite immersed in the process of learning on-the-job. With her mentor Wes coordinating, she’s begun to collaborate with other Film Connection students on some short film projects, and also started writing a script. She’s also made a point of getting out on shoots with the production company, which has led to some unexpected opportunities—including shooting some photos for music artist Amy Broome. 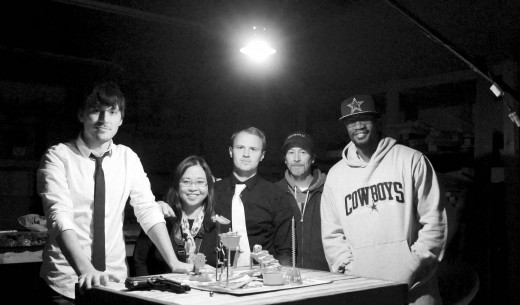 “I had this mindset when I started with the program that even though I was working, I would still do whatever it takes to go to as many of these live shoots as I can,” she says. “And by going to shoots with West Art Video, and with Wes Cobb…I’ve been meeting a lot of local musicians, and the local players, so to speak. These are, of course, people that I probably wouldn’t have met if I didn’t go to help out. A couple of shoots I attended with my own camera, a Canon DSLR. And Wes would just tell me, ‘Mary Anne, can you help me shoot some stills, too?’ Because I’ve done some photography before, and I said, ‘Of course, absolutely, I’d love to shoot some stills for the band.’ So I did that for Amy Broome, and she saw the photos, and I guess she liked them, and she told me she wants to use them for promotional materials.”

As Mary Anne continues to work through her extership, she’s got some definite ideas for her new career, and she’s not wasting any time in preparing for it. She’s connecting with as many people as possible, has conceptualized her own brand name, and is even developing her social media presence. “I started opening social media accounts: Instagram, Tumblr, Pinterest, Twitter, even started a Facebook page, and then I thought about what I would like to name my brand or my company, which is where Visualholic Media came in. It’s just pretty much a recent development for me, so I’m still trying to learn along the way how to do it.”

An avid horror fan, Mary Anne sees herself working extensively in that genre in the future. “Long-term goal is to own my own production company, an independent production company. Focusing on producing female-centered horror films kind of like The Babadook,” she says. “I really would like to try to produce an independent film and, hopefully, know a lot in the post-production side, so I can make it look like it was made for a lot more money.”

Now experiencing on-the-job training for herself, Mary Anne has some advice for other students looking to make the most out of their exterships. “For me, the best thing about The Film Connection is that it allows you to customize how you want this to become,” she says. “It would be a very good idea for the student to have at least some kind of idea of what she or he wants to achieve. That’s definitely a big help if you at least know…where you see yourself, short-term and perhaps long-term…You’ll probably discover things about yourself that you didn’t know then, but it’s always a good idea to have at least a goal…And I think it’s important for the student to have a goal, but to just enjoy it too, to not stress out too much, to just enjoy their growth as an artist as well.”

That’s advice Mary Anne is following for herself. “I really do have an idea of what I want to achieve, say, in a few years’ time,” she says. “But right now, though, I’m just really enjoying the process.”