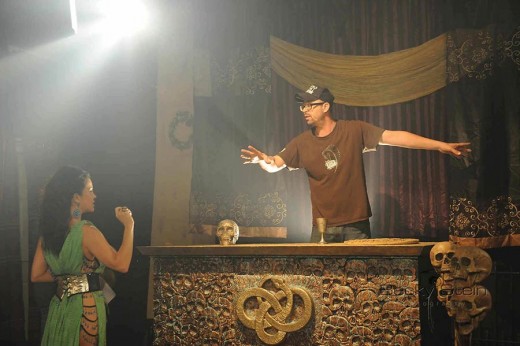 Spend a few minutes talking to Atlanta-based Film Connection mentor Jason Winn, and it’s obvious that he’s not only passionate about the craft of filmmaking itself, but also about helping his externs find their own place in the industry. A largely self-taught film professional known for such films as The Fat Boy Chronicles and The Assault, Jason’s success has been hard-earned, a combination of drive, work ethic and seeking out opportunities.

Jason says the decision to pursue film as a career came in a cathartic moment at the tender age of nineteen.

“I went to college and I was studying to be a psychotherapist, ironically enough, he says. “[I decided] this definitely is not going to work for a career, and I kind of went to bed one night not knowing what I wanted to do, and woke up the next morning…and had the clearest vision I’ve ever had in my life about anything. It was that I was put on this planet to make movies…I had no idea how I was gonna make that a reality, but I just knew that that was what I had to do.”

Not having the first idea how to go about shifting gears, Jason began looking for opportunities there at college.

“They had a mass media program where they did some local programming. I just wanted to be around cameras, so I just volunteered and started doing anything I could do to get my hand on a camera to shoot something and tell a story. That’s what I started doing.”

For the next several years, Jason did everything he could find to do, from working as a PA to producing independent shorts to writing and pitching scripts. Even so, it wasn’t until age 30 that he had his first real break—an important lesson in making connections and being ready with a pitch.

“When I lived in Florida, we used to cater at Universal Studios in Orlando,” he says, “and big production companies would come by there. We’d ingratiate ourselves to the producers while we were serving them food, because everybody comes through the line, right? So we were listing all of these ideas, and one of the producers overheard us and started talking to us, and then offered us a meeting. We went in and walked out with 30 grand to make a teaser for a feature. I was like, ‘Holy Cow.’…That was the first break. And then once that door opened, some bigger commercials came in…”

From that key moment, eventually came projects like The Fat Boy Chronicles, The Assault, a set of adaptations from the comic book series Paula Peril—most recently, the short film Paula Peril: The Serpent Cult—and an upcoming film called Shifting Gears, currently in post-production. Jason doesn’t focus too much on the successes themselves, though—for him, it’s all about the work. “I have 10 things in different stages of development,” he says. “You’re never sure which ones are going to kind of pop up, so you’re constantly working, even if you’re not generating that income at the moment…You have to say, ‘I’ve got to get up, and I’ve got to write today. I’ve got to do this today because tomorrow, it will come.’”

Jason’s passion for the work also translated into a desire to give back, which is why he actually sought out the Film Connection to become a mentor. “It’s been a great experience,” he says. “Having found people that were mentors that just kind of helped me get to the next level, wherever I was in my life at the time, it’s been very important. I’m just a short stop on a long journey, and hopefully at the end of the day, these guys, I can arm them with some tools that, in the craft of filmmaking, they can use and find their own voice and their own path and figure out what that journey looks like for them.”

For Jason’s teaching style, part of helping students find their niche includes giving them opportunities in their areas of interest. “We just shot basically a mini-feature… called ‘Paula Peril: The Serpent Cult’ 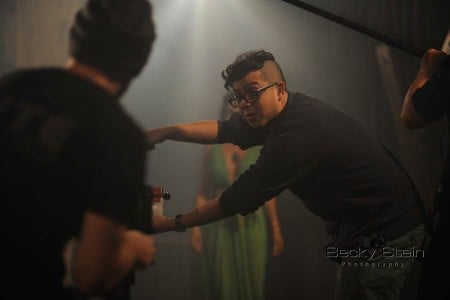 For Jason’s teaching style, part of helping students find their niche includes giving them opportunities in their areas of interest. “We just shot basically a mini-feature…called ‘Paula Peril: The Serpent Cult’ and my students were highly involved,” says Jason. “One of my students, [Tal Broome], pitched me some ideas creatively, like, ‘Hey, I wanna build some stuff and I know how to do it.’ And I was like, ‘Great. Draw me up some sketches and make a pitch.’… Since then, I’ve introduced him to some production designers in town…And then Dennis Catalan had expressed some interest in doing VFX, and so he pitched me some ideas. I was like, ‘Yeah, man.’”

Jason stresses, however, that the students themselves have something to do with the opportunities they create for themselves while working with him.

“I think all my students have a shot; it’s up to them on how far they want to go,” he says. “But somebody like Tal and Dennis recognized that they had a talent that, if they didn’t tell me about it, I wouldn’t know. So they did a really good job of marketing themselves like, ‘Here’s what I can bring to the table. Here’s what I can do.’ You can’t be afraid to speak up.”

One of the biggest things Jason tries to impart to his students is a strong work ethic. For him, it’s all about the craft. “You don’t just walk onto a set and suddenly go, ‘Oh, you’re a director now,” he says. “You really have to earn that position…It’s trial, it’s tribulations and hard work, but you have to let people know that you can do it. So bring confidence, and bring skill and lose the ego, and lose the sense of entitlement, and things like that and just go out and do the work.” 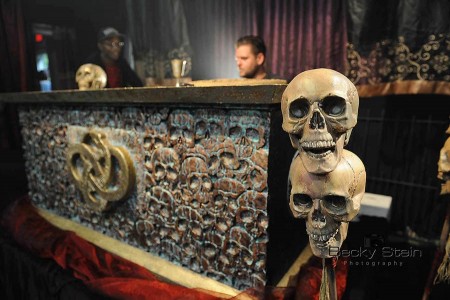 Jason also says he gets a lot of fulfillment from mentoring students as well. “It’s fun because they all bring something different to the table,” says Jason, “but at the end of the day, we’re all storytellers, and I’m just trying to give them the best tools that I can to try and find their own voices…I’m excited to see where these young filmmakers that I’m starting to mentor go. I’ve already seen a lot of potential in everyone. I’m excited to see what their journey looks like, because it is definitely a marathon in that sense. I hope to inspire them to do great things.”