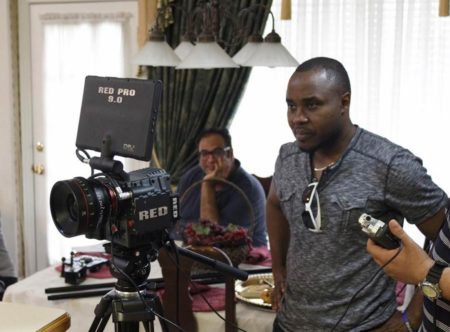 Anyone who is paying attention knows that one of the hallmarks of the mentored-externship  approach is the opportunity to gain real-world experience. Film Connection mentor Deen Olatunji has applied this concept quite literally in his approach to training students. As the owner of Rehoboth Pictures in Dallas, Texas, Deen has a habit of making his externs part of his film crew and production team for various film projects that come through the studio!

“They’re involved with production as far as a professional standpoint,” he says. “It’s a way to expose them to how the industry works…It’s a very, very good learning experience for them.”

When we caught up with Deen recently, he told us his students were helping him with multiple projects that are currently in the works. As the media partner for the upcoming African Film Festival in July, Rehoboth is preparing to shoot a collaborative short film called 4 Minutes which will screen at the festival. More currently, Deen says, his team is working on a faith-based TV series called Disconnected, which is being sponsored by one of the largest churches in Arlington.

“It addresses a lot of things that families are going through, and finding a solution that people can use to solve that problem to get families back together,” says Deen. “I’m actually using Film Connection students entirely for this project…Ananth [Agastya] is helping being the assistant director the TV series. Noah [Cook] is…acting as a Director of Photography. So he’s one that handles the cameras, and also, you know, supervises every other camera person that is on the set… Shaun [Robertson] is our producer. He’s the one that helps, you know, with casting, getting people together, calling people, following up, and getting to know all the locations, and putting project together. Then, we also have David [Aguirre] working with Noah as the assistant director.” 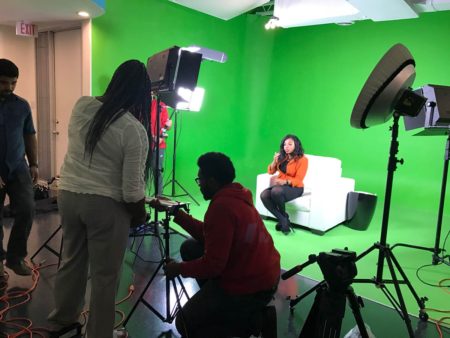 Because of the direct involvement Deen provides his students, he naturally is a bit specific, even selective, with the externs he takes on.

“The interview process is very detailed,” Deen explains. “I get to understand then, see their perspective. And I usually take people that I feel are passionate and really want to do this, not just because they want a job, but they’re really looking into making films, and they have long term goals.”

For students who make the cut, Deen puts them in positions that accentuate their skills, helping to integrate them into the team.

“Anan has exceptional management skills,” says Deen. “He’s so passionate about filmmaking, exceptionally passionate. I mean, he has his nine to five, but you know, sometimes he’s here 14 hours on Saturday, 14 hours on Sunday, and then he goes to work the next day. To me, that tells you he loves what he does…Noah is so technical. He can resolve any technical issue without any experience. I mean, he can look at a camera, broken camera, fix it in a short time even while in production. Shaun has exceptional soft skills: the way he relates to people, relates to issues, he’s able to communicate effectively [the] things that we’re trying to do with clients. So that’s why he has been handling all the things that have to do with production. The same thing as David, very technical. His editing skills are off the chain…” 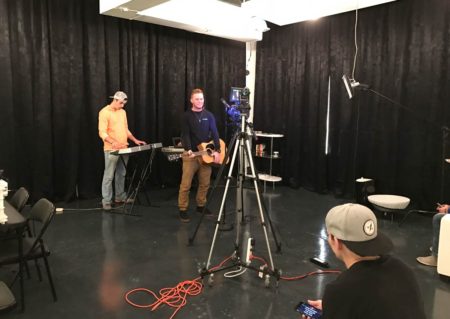 Even while enabling his students to collaborate on productions, Deen makes sure to maintain the one-on-one connection with each student. “I don’t believe in one size fits all,” he says. I’m the kind of person that has a one to one communication with every single person that works with me. It doesn’t matter where you’re coming from. I take my time every week to call them. I take my time every week to ask them where they are, where they’re going…to repeat the goals, where their milestones are, and what challenges they have.”

While these opportunities definitely allow the Film Connection students to grow and gain experience, Deen sees it as a win-win for his own studio, as well. “We do have a very good team,” he says. “We’ve worked the synergies there, and I think they are really, really good. I think based on what they’re [being] taught from the film school, I can tell they’re actually learning a lot because I’m probably picking the right people.”

Even in the process of mentoring students, Deen feels he gets back every bit as much as he gives. “I think one thing I’ve learned from this is one of the biggest ways to learn is to teach,” he says. “I’ve learned a lot from these guys…You’d be surprised how much you learn just by relating to people…I’ve learned a lot just by teaching. And it’s amazing. It’s so phenomenal and I’m really appreciative of that.”