Top Screenwriting Tips from Our Mentors

ON HOW TO DEVELOP TENSION IN A SCREENPLAY 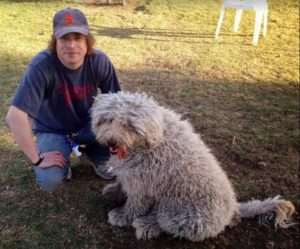 Los Angeles-based Film Connection screenwriting mentor Eric Abrams (Married…with Children, Liv & Maddie) has the following tip:
“You always want to make it as difficult as possible for characters, or else why are we watching this? Challenges met and mastered. You want to make it an obstacle course for them. The second act is when things are looking most grim…[Your characters] should always want different things. That’s how you get conflict…She wants him to get a better job, and he wants to get out of there as soon as possible. Those are two different wants, and yet they’re forced together and it’s going to be awkward. If they get along great, you probably don’t have a very interesting scene. We want that in real life, but not when we’re paying, what is it, $12 to see a movie these days.”

ON KNOWING YOUR SCREENPLAY’S CHARACTERS Film Connection screenwriting mentor Aaron Feldman (PewDiePie, Poop Talk) is a big believer in getting in deep and knowing your characters through and through, then learning what it takes to bring that to the page.

“Make a three-dimensional character that you know you can talk to because, essentially, you have conversations with these characters [as you write]. And if you know your character, you’ll understand how they’re going to react. So whatever situation you have, you’re basically creating a sandbox, and you can create the scenario that brings them up, brings them down, or that inevitably leads to success or failure…The great thing about screenwriting is that you get to be all these different characters, the good guys, the bad guys. Visualize everything. It’s a daunting task, but then it comes together and it all has to do with great characters…Again, it’s character, character, character.”

ON CONFLICT AS AN ESSENTIAL COMPONENT OF CHARACTER Film Connection screenwriting mentor Ron Peterson (Crossroads Entertainment), stresses the relationship between the character and the conflict he or she must go up against.

“There is a direct relationship between character and conflict. As a simple example, what if I start with the movie of Rocky with a fighter, because we’ll agree that that conflict of Rocky is great, right? But…I can ruin that conflict in two seconds. What if I start the movie where Rocky is not an out-of-shape fighter, but Rocky is a fighter that can do 50,000 pushups, takes Vitamin B12, is in great shape, is like this wonderful person, and now that fighter gets to fight for the championship of the world? If that’s how I put his character, do you think there’s a conflict now? I just destroyed the conflict. So your choice of your character has as much as to do with the establishment of the conflict as the conflict itself.”

Want to prevent the all-too-common “Act 2 lag”? Get Ron’s tips on Story Transformation , all made easy to understand with examples from movies nearly everyone knows and loves.

ON HOW TO REVEAL THE THEME IN YOUR MOVIE 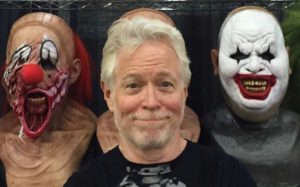 “No one should set out to write a theme. No one sets out to write “war is hell” as a theme. No, you sit down to write a story, and as you’re working it out, you realize what you’re really saying is war is hell. And once you know that, that becomes your compass. Now there’s the danger of playing the theme versus playing the plot, and you don’t want to do that. You want to play the plot and let the theme come out of it. By way of example, going back to “war is hell,” if you have a scene with two soldiers in a foxhole in WWII and they’re talking about what hell they’re going through, that’s playing the theme. But if they’re in a foxhole and it’s winter, and if they don’t start a fire they’re going to freeze to death, but if they start that fire they’re going to alert the enemy snipers to their location and probably get shot, that’s hell. You don’t have to tell me: as the audience, I get it. So you don’t want the theme to dominate; you want the theme to play underneath and guide you, but you want to play the plot and let me, as the audience, get to the theme.” Ron Osborn on Comedy, Drama, and Theme.

ON LETTING YOUR STORY GROW Film Connection mentor Ana Bendaña believes in letting your creative mind get engaged in the writing process and easing up on the structural reigns, at first.

… AND THEN TRIMMING THE FAT

Then, when it’s time, cut what’s unnecessary. All your hard work has helped you grow real characters and a story that rings true, so do away with the ancillary stuff. What was once scaffolding is unnecessary.