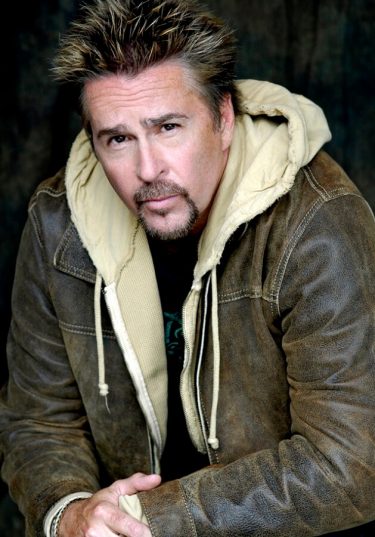 We recently caught up with LA-based Film Connection mentor Richard Brandes (Penny Dreadful, Out for Blood, Dead Cold). The multifaceted producer/writer/director with more than twenty films to his credit is known for going the distance for hardworking, committed students.

Over the past year alone, Richard has helped a number of Film Connection students land great opportunities and build their careers, connections, and industry experience.

Your former extern Sourabh Chohan has gotten his career off to a great start.

“He’s a very sharp, very resourceful, talented guy and was able to parlay the internship that I got him into further jobs with people he networked with the same production company…He’s a go-getter and pretty resourceful.”

Nick Durant also impressed you. Having met Nick online, as his screenwriting mentor, when you booked a directing/producing job in Chicago (where Nick lives), you called him up and hired him onto the film crew for My Daughter Was Stolen, which is currently airing on Lifetime. What made you want to hire Nick?

“He took things very seriously, He’s a good writer. I keep trying to find something [for him]. He really likes horror. Horror and thrillers have kind of been my sweet spot, but not so much recently. [Right now] I’m getting a lot of demand for the action stuff so, I haven’t been able to do anything with his horror scripts but he’s written some good ones. He’s a good writer and a great guy.”

And once Nick started working with you, things kind of snowballed for him.

“Now he’s in L.A. [and] roommates with another former student, Bobby McKenna. They met on Jeepers Creepers 3, which I was also one of the producers on. They’ve joined forces and are doing things together. They’ve been working with a director and some people…they met on the production. They’ve been able to network and parlay that into branching out into other productions and other work.

It’s been fun watching that happen. What I tell these guys when I get them these opportunities, I can open the door and push them through it, but what happens beyond that is totally up to them.”

As a writer and director who also produces, what do you look for in a script? What kinds of projects do you consider for production?

“It depends on what my distributor partners are telling me is popular. Right now, for instance, action is popular but these things kind of ebb and flow. You’ll get a really successful horror movie and all of a sudden everybody wants horror. That’s what happened when Saw came out…everybody was running around trying to find that, then the market got saturated and everybody backed off on that.

The thing that’s tough is a lot of people tend to wait and try to capitalize on what’s hot after the fact. These things kind of cycle back around depending on just kind of what’s going on in the marketplace and what’s perceived as being things that are in demand, what the audience is looking for in any given territory, internationally and/or here in the U.S. Action seems to be hot right now, for instance. Thrillers tend to be universally popular on an ongoing basis.

…Originality isn’t a real prized commodity with distributors a lot of times because if you give them something too original that they can’t pigeonhole, or ‘see the poster’ [in their minds], as I’ve actually heard many times over from distributors…

So it’s good for a writer to kind of look at things from that perspective. I mean, I’m all for originality, and pushing the envelope, and trying to do something different. I’d be the last to tell a writer not to do that. But I’m also the first to tell a writer that if they really want to get on the map as a writer, they really need to focus on what’s commercial and try to get the attention of these people that will put money into films. It is a business, so you have to approach it like that. You can write the greatest script in the world, but if you can’t get it in the right hands and nobody’s willing to take a chance on it financially, it’s not going to matter.”

What do you look for in the individuals you choose to mentor with Film Connection?

*FYI, Richard is referring to Film Connection grad, Kelsie Inserra, his most recent extern. Kelsie just worked not one, but two feature films. We’ll be talking with Kelsie in a forthcoming issue!