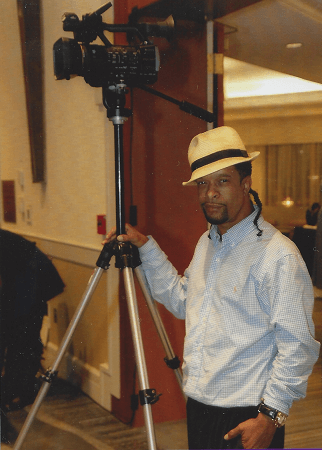 As the founder of Visual Jedi, Film Connection mentor Sean Taylor produces in an array of different formats. From training videos to documentaries, weddings to commercials, music videos, and short films, he’s an experienced film and media professional who’s highly versatile and ready to step up to just about any challenge, including sports broadcasting. We recently caught up with Sean to learn more about the time he spent working in the adrenaline fueled environment at ESPN, talk about recent graduates, and to find out how he takes a layered approach to music video production.

“He already knew a lot of what he was doing with editing. He just needed a real handle on Final Cut Pro X, and he was able to do that and get his certificate…It’s kind of a place where you submit an app to go into the video department…He just needed to get his credentials to do it, and that’s what happened with him.”

Well that’s great. You recently hired your former extern Film Connection graduate Clint Sousna for a car dealership commercial. What made you want to hire Clint?

“He had initiative, ambition, and drive. He reached out to me after he got his certificate and graduated… He bought a drone, told me about it, and said…I said, ‘Okay, I’ll call you for a commercial if something comes up.’ Something came up and I called him and we did some work together. And he’s still doing some other things with his drone.”

“If they really grow professionally and become a Jedi, [which] is what I call it, I can use them to help me work. I’m trying to build another me so we can go out and execute more jobs. So that’s why I teach, to kind of build an army or build a community of people who are professional and understand what’s going on…You just want to get a good crew that knows what they’re doing.”

You’re a big believer in the hands-on method. Why?

“Because you learn by doing in this field. I know other fields you can read books and study and blah, blah, blah, but in the technical field, what I’ve found is… when you actually touch the camera, you get muscle memory. Even with the computer programs, you learn by doing. When I’m teaching the programs, I sit back and have the student use the mouse…I have them do it to develop muscle memory.”

“For the music video projects, I select the DSLR cameras or one of the small 4K Sony cameras. I also have a broadcast camera…So I would pick one of those cameras first of all for a music video. That’s the first [priority]—the format: the camera, how the video’s going to look, the quality.

Then, we go through lighting scenarios, storyboarding, listening to the song. We do three takes and a cameo, three different takes at three different locations. Then I do a cameo of the artist. Then [during editing] I take all of those layers and go back and forth between them. I treat it like a layer cake. Layer one is just kind of lining up and syncing up all the video. Layer two is kind of chopping it up, and layer three is adding your effects.” 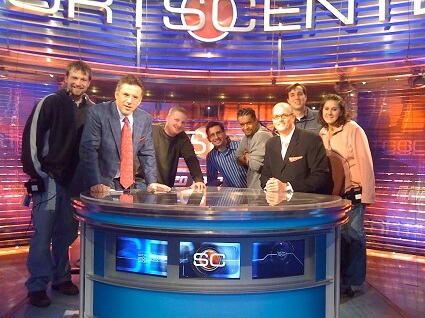 Regarding your time at ESPN, they say in order to work in sports broadcasting you’ve really got to be on your game because oftentimes it all comes down to the second.

You’re pushing all these buttons and you’re hearing the speaker go to break, three, two, one, and break time. And at the break time we’re doing something called ‘fixes’ where, if we made a mistake on something we will re-voice it and redo it in the commercial break, then cue it back up again and get ready to go back on air again. It’s kind of an adrenaline rush.”

What’s your advice on how Film Connection students can make the most of the program while they’re in it?

“I would say to be a sponge, basically. Observe as much as you can and do as much hands-on as you can. Really, honestly, I would say take this opportunity to gain real-world experience while you can, because the real world is changing, and when these mentors are with you, they’re actually preparing you to take over or assist with the company.

That’s really what my main goal is when I’m with a mentee (extern), just trying to prepare them to eventually sit in my chair so I can walk away. That’s what I told a guy who said, ‘How do I know when I’m ready?’ I said, ‘When you can sit down in my chair and just edit a wedding from beginning to end. You can take out my camera, pop in an SD card, ingest it and edit it and know what you’re doing. And when the glitches happen, you can get over it and actually finish it…That’s how you know you’re ready.

Other than that, you can have as many pieces of paper as you want in your hand that say that you did this and that and helped out halfway with a project, but until you put some muscle into the game, and build your own confidence level and actually do it, none of that matters.”