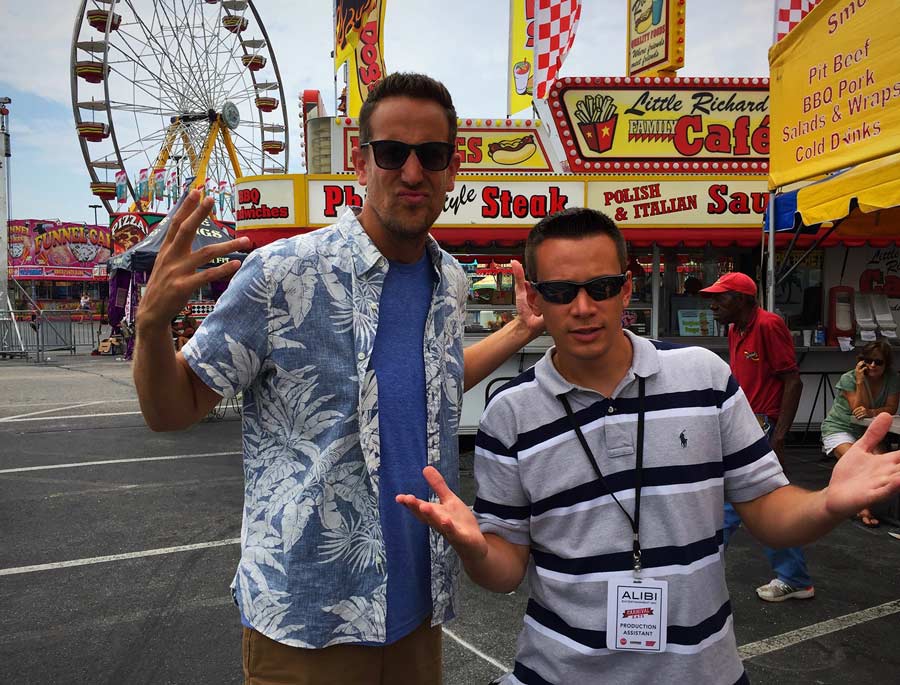 We believe through and through that making it in the industry requires tireless dedication and serious passion. Being able to take initiative and do the work, even when you’re your own boss, is actually a rarer quality than some might think. Persistence is key, as is learning how to push past moments when you’d rather spend some quality time vegging out on the couch.

Film Connection graduate Joe Paciotti of JPac Productions has been his own boss since graduating Film Connection for Film Production & Editing in 2016. And he’s definitely learned how to push past moments of inertia, channel his energy into working gigs, going after opportunities, and building his clientele and credits, every step of the way. We recently connected with Joe to talk about the nitty-gritty of the work he’s doing and learn more about how he manages to continually get hired for work on commercials, reality TV, and new media.

Joe recently shot and interviewed two different multiple-Grammy-winners, James Mtume and Joe Nicolo. He’s worked Miss America, “Chopped” on the Food Network, The World Poker Tour, and “Food Paradise” on the Travel Channel, just to name a few. And, he even worked as camera PA on two different comedy specials with comedy dynamos, D.L. Hughley and Howie Mandel, both shot in Atlantic City. The D.L. Hughley comedy special was later released on Netflix. Howie Mandel’s was released on Showtime). The list goes on from there.

Tell us more about the corporate work you’re doing. 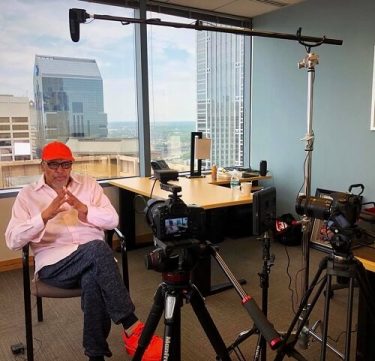 “A company called ‘Market Scale’ based out of Texas. They give me a lot of corporate gigs…Sometimes it’s just me, and then there’s a lot of times where they’ll hire two camera operators. And I am usually the lead for the most part. They’ll have a lead camera and then they’ll have camera B. So it’s kind of like a team type of thing. They send us out to the client, they give us a list of everything they want shot, and we just go in there follow the schedule and get everything done for them, and then we just come home, we drop all the footage on a hard drive and we ship it out to Texas, and then they do all the editing on their end.

But I have many companies I work with. Some are more consistent than others. I have one that I might get a couple gigs a month here and there. And they’ve got me some pretty big shoots. I got to interview a nine time Grammy winner and then another second Grammy winner. So that was cool.”

So on these shoots, what shots are you getting? How are they handled?

““They send us a style guide and we frame it up how they want it. They usually do a medium and then a medium close-up. It’s just a two camera setup. Usually the lead will get the medium/wide shot, and then camera B will get that closer, tighter shot, and then they’ll sync them up in post.”

The more connections you build, the more your name gets mentioned or emailed around, all of which gets you work. Have you found that to be true?

“Yeah, exactly. 100%. Every shoot I’m on, I see and meet at least one person that I get along well with, if not the entire crew, normally. I’ve gotten so many gigs from that. Just people I’ve worked with that, it might be like, ‘Oh, I can’t do this shoot day. Can you cover for me? Or whatever the case may be…I also got to camera op and do some B roll for ‘Deadliest Catch’ on the Discovery Channel. That was at the U.S. Coast Guard base in Atlantic City, NJ. So that was really cool.”

Having the right connections also got you hired to do Miss America.

“A friend of mine whom I work with on the World Poker Tour, she was working with Miss America for the last three or four years, and she got me on the crew. When the production manager called me, he said they were looking for somebody with camera op experience to film the prelims. Simple as that, I was there.”

How are you building your future? What goals are you working towards?

“For me it’s [been] about just constantly reinvesting a lot of the money I’ve made. In the last few years I bought a new camera and I have C stands and really good lighting and all that now… I want to continue my corporate stuff and then also eventually get into doing TV shows. That’s my main goal, TV, corporate, and commercial-type stuff. I just have to work my way up to that.”

When you have your own company, it can take a lot of work to keep on getting work.

So what’s your advice to people like you, who are self-starters and want to have their own company?

So, now that you’re living it, what do you have to say about the experience you had with RRFC and Film Connection?

“The Film Connection gave me the hands-on experience I was looking for. After only 8 months, I had come a such a long way that I built up the credits which have helped me get all of the consistent gigs that I’m currently getting now. I highly recommend Film Connection to anyone looking to dive into the professional film industry.”