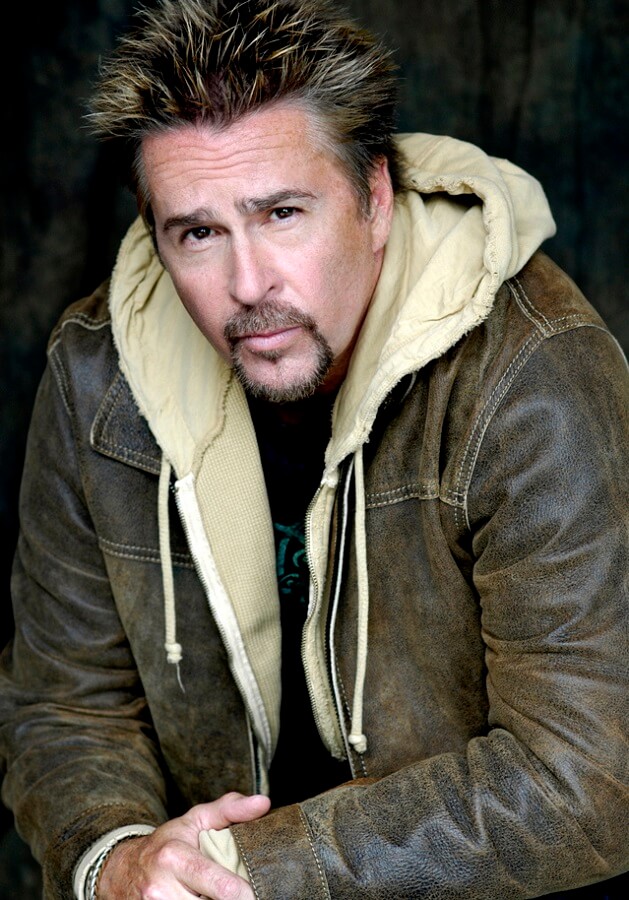 In order to be sure we’re continually setting our students up for success, we’ve started having bi-monthly meetings at our “headquarters” in Los Angeles. During these sessions, one of our mentors will come into our offices and sit down with our Admissions and Academic Facilitators teams to answer our questions and shine a light on how our students can make the most of their in-industry training and the real-world opportunities they encounter during their externships.

Our most recent conversation with powerhouse producer/writer/director Richard Brandes (Jeepers Creepers 3, Penny Dreadful, and Devil In The Flesh 1&2) yielded some great insights we’ve just got to share.

As a longtime Film Connection mentor with over two dozen films to his credit, Richard has enabled many students to gain experience working on film sets and earn credits on various commercial productions. Some externs have even been invited to pitch their original scripts to various producers within the mentor’s professional orbit. In fact, one recent graduate’s film is now being cast, thanks in large part to the opportunity Richard was able to provide him.

Read on to learn more!

RRFC Team: How did you get your start in film?

“I went to UC Berkeley and majored in something completely unrelated to film. I had employment in that field for a few years after I graduated, but always in the back of my mind was this nagging thing, ‘I really want to make movies.’ So, I quit that job and I moved here to L.A. and lived out of my car, and I thought that I really wanted to do the acting thing.

I was taking an acting class, and decided I didn’t really want to do the standard stuff that everybody was doing out of the books and everything. So I thought I’d take a stab at writing a scene and I wrote a scene for myself and a friend of mine, who was also in the class, to do as a showcase for agents and casting directors. That was received really well by the class and the showcases with the agent…so I got a lot of encouragement with the writing. So I thought, ‘Well, maybe I should take a stab at writing a script.’ I didn’t have a clue how to do that, obviously, so I spent a lot of time at the Academy of Motion Picture Arts and Sciences Library, here in Hollywood, reading every script I could get my hands on. Then I read Syd Fields’ book and I thought, ‘Well, I’ll take a stab at it.’ I had a story that was kind of nagging at me. So I wrote that script. Around the time that I finished that, I went in to read for a commercial. The casting office was in a building here in Hollywood.

I came out and bumped into someone who had seen a showcase of that scene. At the time he saw the showcase he was an agent. But we got to talking. He was no longer an agent and had just produced his first film and started a production company with a partner. He remembered the scene I wrote and asked me am I pursuing writing. I said, ‘Well, I finished my first screenplay.’ He asked if he could read it. He said they’re looking for somebody to write their next film. They read my script, and I went in for a meeting. They told me that the script was too expensive for what they were doing, but they wanted to hire me to write their next movie. So I ended up subsequently writing the next four films. Then that particular person, he and I ended up partnering and making a few films together. His name is Kurt Anderson. Great guy. We’re great friends to this day.”

RRFC Team: With content creation and stuff, it isn’t actually doing it and putting things out, it’s getting the right people to see it. How do you suggest someone who’s trying to do things independently, reach out to folks who could advance their career?

“That’s a really good question and it’s a tricky question because the business is a lot of who you know, and networking with people, and getting your foot in doors and that sort of thing…I think one of the things I can emphasize is, when opportunity knocks, be prepared, because sometimes it only knocks once. Your first impression is really going to be the one that counts. So if you’re trying to establish yourself as a writer, have a good script ready for that sort of opportunity.

One of the things I tell students these days [is] with technology being what it is, with the internet and YouTube and cameras and everything…When I first started out, it was shot on film. It was cost prohibitive for somebody like myself to go, ‘I’m just going to go shoot something.’ Even if I shot something, ‘Who’s going to see it?’ and ‘Where am I going to put it?’ But nowadays I think YouTube’s a great place to showcase yourself, because studios and production companies and agents, they have people that are assigned just to kind of cruise [the web] looking for these things.”

RRFC Team: Could you help them out as far as finding out how to get that screenplay filmed or what’s that process like?

“Because of some of the things I’m currently doing [for a very widely known cable TV network], I have the ability and opportunity to make a lot of movies for [them] if that’s what I choose to do. Obviously I can’t write all of them. So I explain to them [the student] that if they have an idea that would be suitable for them, that’s a way that I can possibly help them get on the map as a produced writer. I have a student right now, Darren Dowler, who I developed an action project with as part of the class, and I have a distributor I’m supposed to make three movies a year for who likes action projects. And so, when we were talking about what project we should develop and he mentioned the idea that he had for this action project, I said, ‘Well, you know, I have a need for that sort of thing. So why don’t we take a serious look at that?’ Right now we’re looking to cast our lead.”

How a Professional Screenwriter Organizes his Days