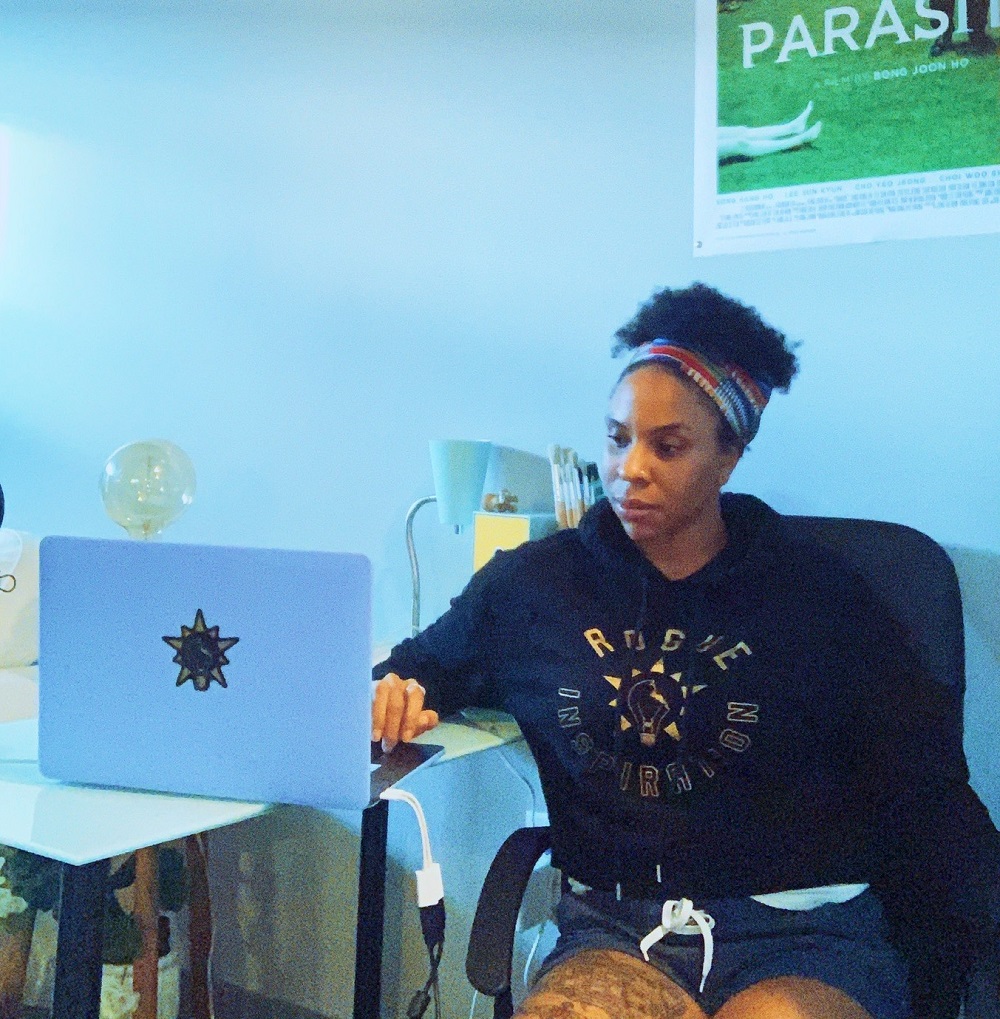 Film Connection grad Angelica Smiley makes the most of sheltering in place.

When Angelica Smiley (Atlanta, GA) took the plunge and joined Film Connection she was hardly a stranger to working in the industry. In fact, she already had her Associate’s Degree in Entertainment Management from Bay State College in Boston, and had worked as a producer’s assistant on The Equalizer and a number of other television shows as well as commercial productions. Nevertheless, thanks to our one-on-one approach and the flexibility our curriculums provide, Angelica’s mentors were able to meet her at her level so that she could elevate her game in record time.

Over the past year, Angelica has enriched her perspective and grown her abilities as a filmmaker and creator who’s capable of writing, directing, and producing her own work and building a career she finds challenging, fulfilling, and anchored to her true sense of self and purpose.

Thanks to the program, Angelica also discovered she has a talent and love of screenwriting. Now, during the ample quiet time “shelter in place” affords, she’s using her newfound writing skills to fully develop a TV pilot based on challenges she faced growing up.

Prior to enrolling in Film Connection for Film Production & Editing, you already had a career in the industry as a producer’s assistant, so what led you to joining?

“I worked on The Equalizer and a few TV shows and commercials, and stuff like that. Then I decided to take a break….I felt like being a producer’s assistant was great….I loved staying busy and helping but I felt like it was somewhat doing a disservice to my creative ability….I just kind of felt like [I was] in a box, just another face, another number…so I decided to take a break. That’s when I started to travel.

So, I’ve seen 37 countries and I was like, ‘You know what? Let me film all of this. Let me actually learn how to film and produce and find stories while I’m traveling.’ And that’s how I started my YouTube channel. And then, that’s how I started getting into less of a travel vlog style, and more into a documentary style of my travels. So the last work I did was creating a short film on my visit to Ghana, and that was amazing. Like, that was life-changing…

And so, capturing those moments really made me feel comfortable holding a camera and having the ability to be like, ‘I can be a storyteller. I can produce. I can do it.’ [But] that title of being a producer was so scary to me because I was like, ‘I wouldn’t even know, where to go with producing. And, how do I come up with funding? How do I…’ You know, it was really intimidating. And then I was like, ‘Let me just start by producing my own story….And I started to get comfortable with it…[and] felt like…Why would I move backwards?’…So I enrolled…I paid straight out for my education. I was like, ‘This is how serious I am.’

What are some of the things you learned or further developed while training with your production mentor, Steve Carmichael? 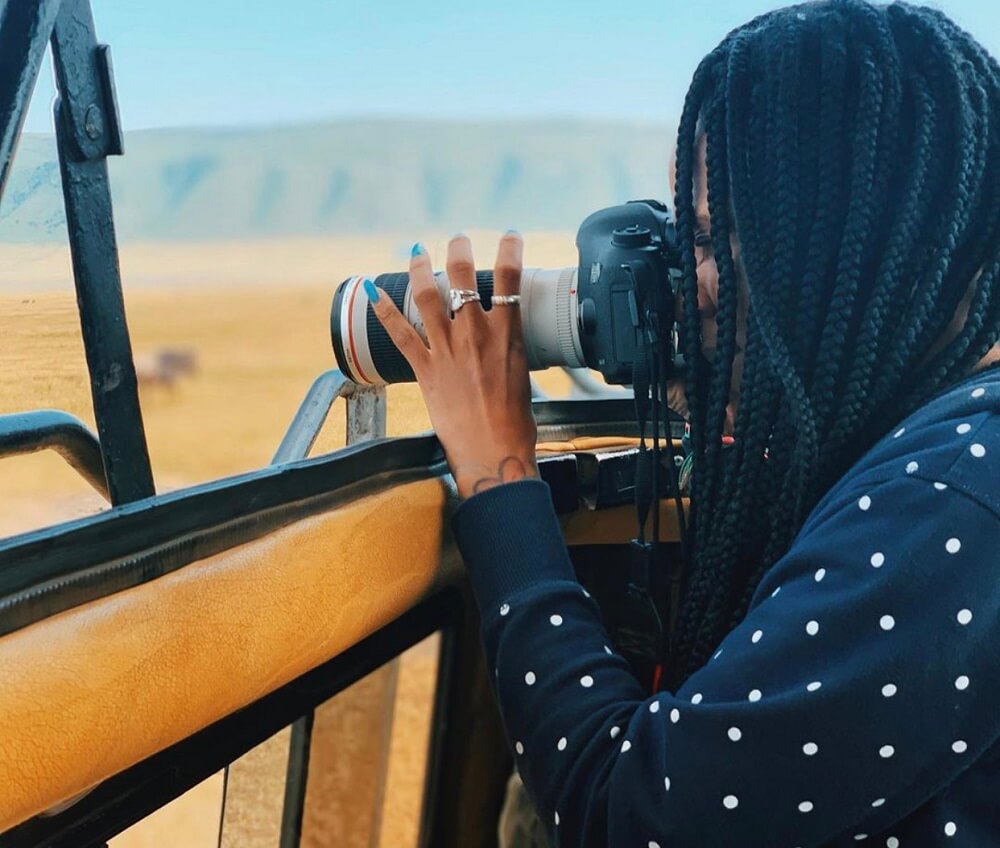 “I knew how to operate a camera but I didn’t know what affected what, like depth of field and all these other things….He was able to make me realize how each individual part of the camera is important and what it does.

He taught me a lot of things hands-on. How to set up lighting. I’d never learned how to do that before….How to take down lighting, and how to also make sure that the lighting is right and all the types of lighting…

And even when there were moments where I felt like I couldn’t do it, or I didn’t understand, or I was second-guessed myself, he was patient with me. He was like, ‘You got it. You got it.’ Even though I was like, ‘Oh G_d, here we go. I don’t really want do this. This seems boring.’ How to properly tie-up ropes and things like that, rigging…But it matters. Everything that he taught me that I never learned [before] that I felt to be boring or thought I would never do, mattered. And that made me feel even more comfortable with future work, you know, that if I was asked to be on-site and do this, I would know [how].

And he gave me a lot of tips and guidance, outside of the academia, with how to move forward. Telling him my background and how it fits into where I want to go now with my career, it really made me feel comfortable, you know, and not like a student but like someone that just works in the industry and can actually get some insight from other experienced mentors. So, it was cool. I really enjoyed myself.”

So, tell us about your TV pilot. What’s it about?

Was working with Rick Dahl, your screenwriting mentor, helpful to you?

“It was super helpful because I was able to express to him my concerns and he listened. And he made me feel not so intimidated by it. And he gave me the right resources and the right tools…[like] Celtx which I still use now. And he gave me the ability to well…question yourself like, ‘What about hero’s journey?’ And I’m like, I didn’t even know what hero’s journey was….There were so many things he taught me about screenwriting. In my head, I always thought it was, you just write. I didn’t know there was so much of a format of questioning your protagonist and your antagonist, and pushing yourself and being like, ‘Well, what’s the point of your story?’

He challenged me in ways that I don’t think I would have had the mental capacity to do outside of his help. And him being able to listen to my actual, real story and him sharing some of his life stories, it really gave me a boost and a great direction of how I should write. And, the fact that he gave me so many great compliments really boosted my self-esteem too in the process. And I was just like, ‘Wow, I guess I am strong. And I guess my writing ability can be strong too.’ So, he enforced a lot in me. I’m really appreciative of him.”

Have any other projects in the works?


Angelica Shares the Premise of Her TV Pilot: 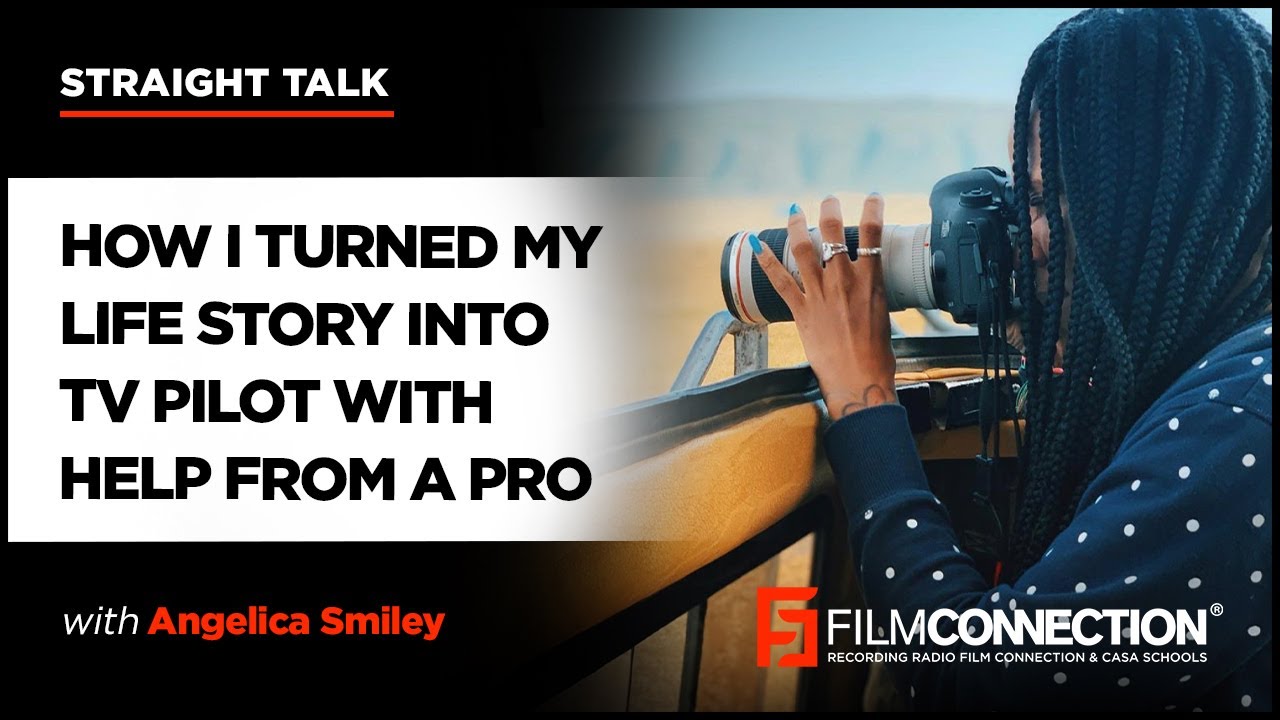