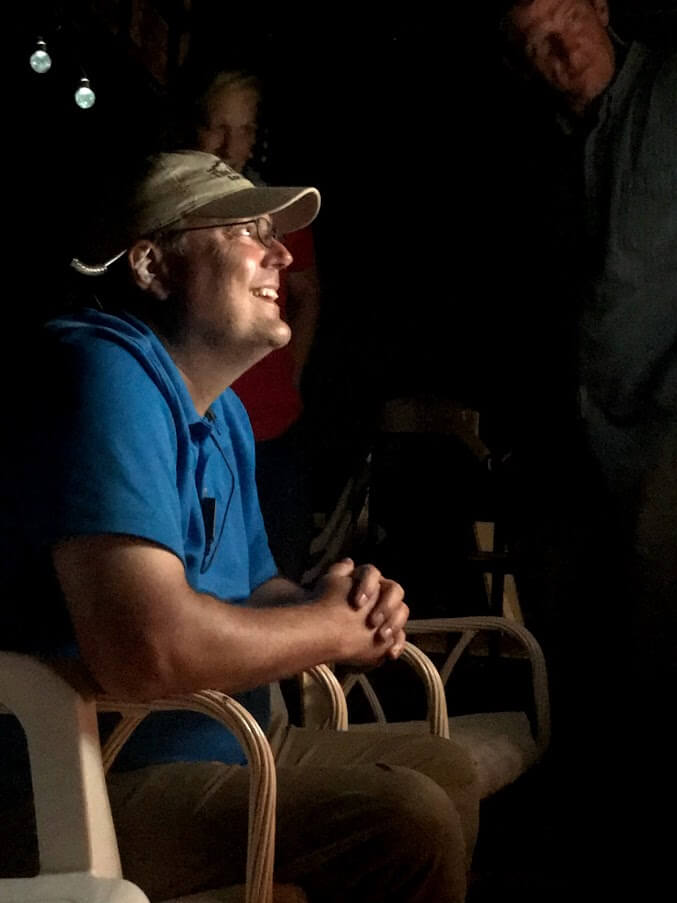 Film Connection mentor Douglas B. Maddox (Hope’s Legacy, Christmas Ranch, The Bill Collector) has built two thriving companies thanks to his ability to find and meet the needs of the market and serve clients with resources and strategies that work. Doug’s DBM Communications has worked with dozens of big and small clients including eBay, PayPal, and Kaiser.

Meanwhile, DBM Films develops, produces, and distributes films, documentaries, and television shows for domestic and international markets. From the genesis and development of a story idea to the making, marketing, and the oh-so-critical stage of distribution, DBM Films does it all and has launched films on Netflix, Amazon, and Showtime, to name a few.

That’s not all! Doug is also an experienced film professor who taught at Towson University for 7 1/2 years. We recently reached out to the multifaceted mentor to talk about the power of being entrepreneurial in one’s thinking, finding your niche in film, mentorship, and more.


Do you think being enterprising is an important trait to have as a filmmaker?

“For me, I think it was imperative…. When you come up with these creative ideas, you go, ‘Wow, I can see this going on fire,’ and, ‘A man a woman meet in the alleyway. And then they’re going to jump off a building,’ all the sudden, you have to go, ‘Oh, my gosh, how much does it cost to rent that city block for the week?’ you know? So, you’re constantly coming up with solutions that are creative and budgets that will reflect it and help it get made.

Then frankly, film is a whole other world where it’s like, ‘Oh, gosh, you got to distribute it. You’ve got to get it out.’ So dbmfilm.com was born 15 years ago. We help our own films and other producer’s films get distribution. Because, ultimately, if you make a movie for $1 million, but only make $100 from it, that’s not ROI [Return on Investment]. So having an entrepreneurial streak is definitely important for above the line and below the line, I believe.”

Your ability to be strategic and entrepreneurial in your approach is at the core of how you built DBM Communications and DBM Films.

“30 years ago… , people said, ‘Hey, do you do photography? Do you do events? Do you do X, Y, Z? Do you do TV?… And I said, ‘Yes, absolutely.’ And then, all of a sudden, I found four quadrants that were being asked of the company. And it was in the media world: new media, websites and all that, and it was in marketing, print, television, advertising, and then in video promotion, again, in marketing for that, and then sound bites for radio…. All of a sudden I’m starting to work on communication strategies for companies, I’m starting to realize that we ended up being an agency… a micro agency where we do film and video production, as well. …

A lot of times, you work with an agency and they’ll hire out production companies. [With us] we’re the production company and also [the] strategists and consultants, and [we] come up with the solutions for the marketing plans and the agency work…. It’s been a real incredible run working with large, small corporations and nonprofits over the years.” 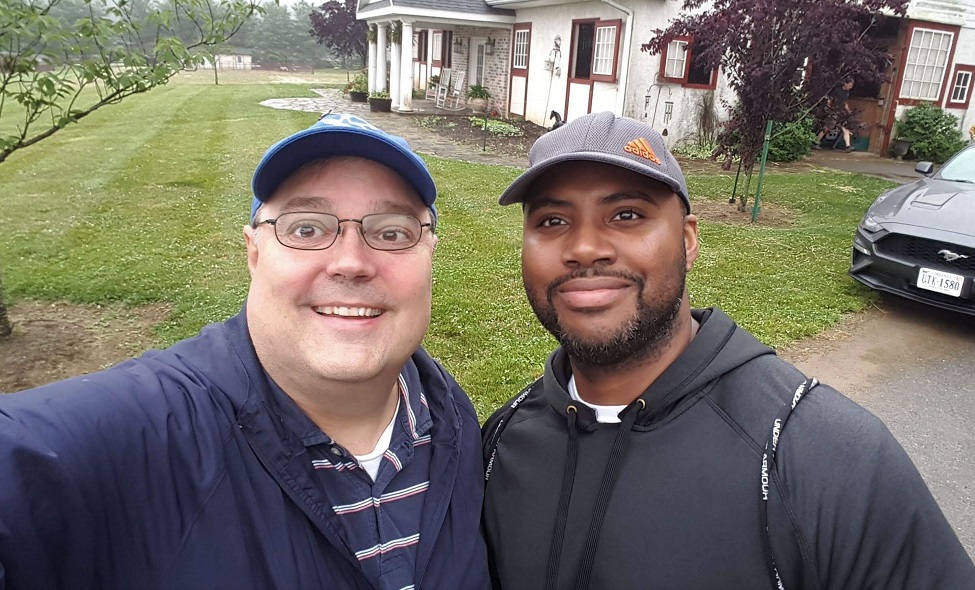 Speaking of being enterprising, former extern Wayne Brown really stepped up during his time with you and it paid off.

“Wayne Brown is an amazing guy. Now, he took this externship as an opportunity to grow his career. I think he’s only, like, 10 years younger than I am. So he’d already been through the military, full career, and he goes, ‘You know what? I’m done being a security guard at Fort Meade. I’m ready to get into the audio-visual, creative side.’… We worked through the syllabus. He showed up. He constantly was taking the most of this opportunity to get this advanced training. And I couldn’t have been more impressed with this guy. … Learn more about what Wayne did right in our Straight Talk video below!

So after that year, I followed up with him. I said, ‘So how’s everything going with Fort Meade?’ He goes, ‘I got the job.’ I go, ‘Are you kidding me? That is awesome.’ Yeah, so with the certification, DBM Communications on his resume, DBM Films on his resume, he ended up getting that job at Fort Meade in the film video department. So he went from safety to visual. It was so cool.”

What’s your advice for those who want to work in the industry but don’t know exactly what they want to do?

“Take me back when I graduated… I could not, for the life of me, see myself as one person that would just fit one cog and then just, you know, do that for the rest of my life…. [Back then] I learned about this thing called freelancing. I had no idea what that was about. And at that time, our school didn’t teach freelancing… and it was called ‘gigging.’ You get ‘a gig.’ I would be a cameraperson, back 30 years ago, we’d even run projection systems for corporate events, slide shows. I mean, it was so hilarious. We would push heavy equipment to set up for presidential parties and for major rock bands. So, I got out there and I would just take it all in… And it dawned on me that I was learning as I was putting myself out there, not looking for the big dollar sign, but just looking to learn.

And so, I would definitely recommend to the externs and students that they just put themselves in situations to grow and learn first, then you can always kind of put a business model around it. And that’s kind of what I did… And, you know, I got involved with the Producers Guild of America. I recommend getting into as many of these professional organizations as possible. I’d also recommend once you get into a situation, don’t give up. You know, it’s hard. It’s not easy, especially when they’re not handing out these kinds of job offers every day. You just got to be there, show up, do the best you can, and be creative. Solve people’s problems. Don’t be a pain in the neck, you know. Be a resource, and it will come to you, for sure, if you stick with it.”

Why do you choose to mentor for Film Connection?

“As a professor, you know, I did that for seven and a half years. And it was great. I created the curriculum…. I would come up with… the questions, the productions, the tests, everything. You give me Film Connection, the curriculum’s already done, tests [are] already done…. That takes a lot off my plate personally. And as a teacher mentor, I just love the experience of working with the Film Connection because we can really hone the skills of what the student is trying to go for. So anyway, that’s a short and sweet answer to it. You know, it makes my job a lot easier being a mentor instead of just a professor for, you know, 14 to 20 students. You know, the one-on-one is a much better way to go. And you get a lot more traction.” 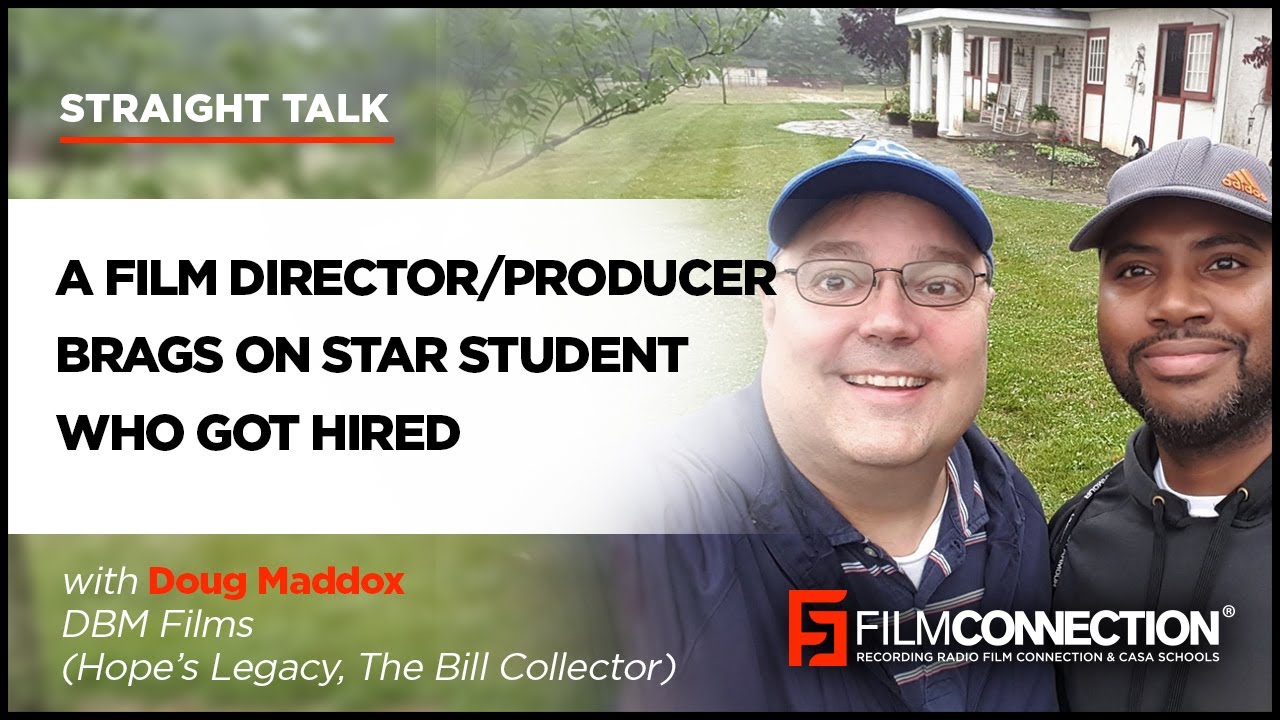