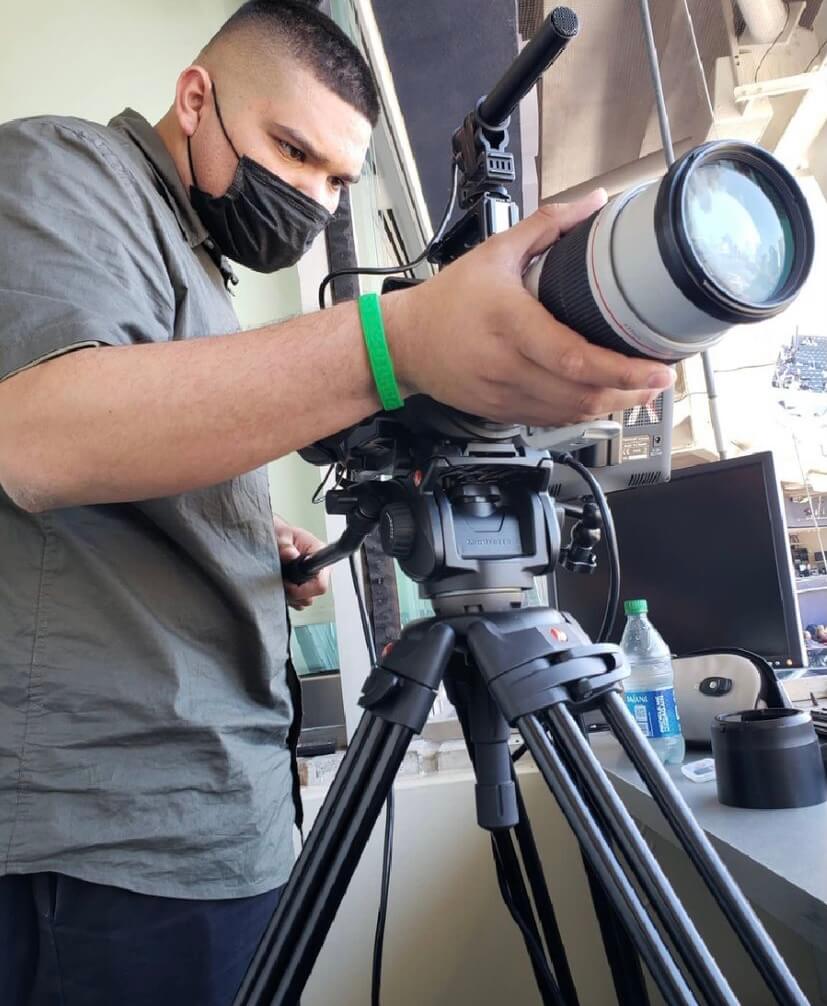 When John Lacuesta found Film Connection, he had recently graduated high school and had his sights set on pursuing a career in cinematography. Now graduated, John’s got a full-time job as studio supervisor at EQ Studios—where he trained as a student extern—is an experienced 1st AC, and has a bright future ahead of him which he’s building day by day, project by project. We reached out to the 19-year-old film professional to learn more about his experiences in the program, the award-winning documentary he worked on, and more!

You researched your options prior to enrolling in Film Connection. What did you like about us in the first place?

“I was just looking at different choices as far as schooling when it comes to film…. The Film Connection was, like, a lot more hands-on. And I was like, ‘This is the new generation of learning,’ you know, ‘This is the new way to do it.’… It was really, really nice, finding out and knowing that I would actually be in a studio… just learning the new things.”

Do you learn better through hands-on training?

“Absolutely, especially when it comes to film. There are a lot of things that you just can’t read and understand…. There’s something that you actually need to see and do, like panning or you have hands-on camera movement…. I probably wouldn’t have gotten close… if I’d taken a different route.” Watch our Straight Talk video with John below to learn how he proved himself and got hired at EQ Studios.

Due to Covid-19 restrictions, you and your future mentor, Hector Ramos, interviewed online. Tell us about that first interview.

“I was nervous, you know, just because this was, like, my first step into after-high-school learning…. I had no idea what the future was holding. And I just remember… him being really open with me and saying, ‘Oh, hey, this is what’s it about.’ I sent him some of my previous work I’ve done, which is super amateur… you know, being a junior [in high school], just with the camera, not knowing what I’m doing. [So] they knew what my skillset was. And I feel like that’s the biggest thing here at EQ. They see where you’re at and then teach you accordingly as far as what you need to know and stuff like that. And I just remember just being so welcomed and having them be excited for me to come aboard.” 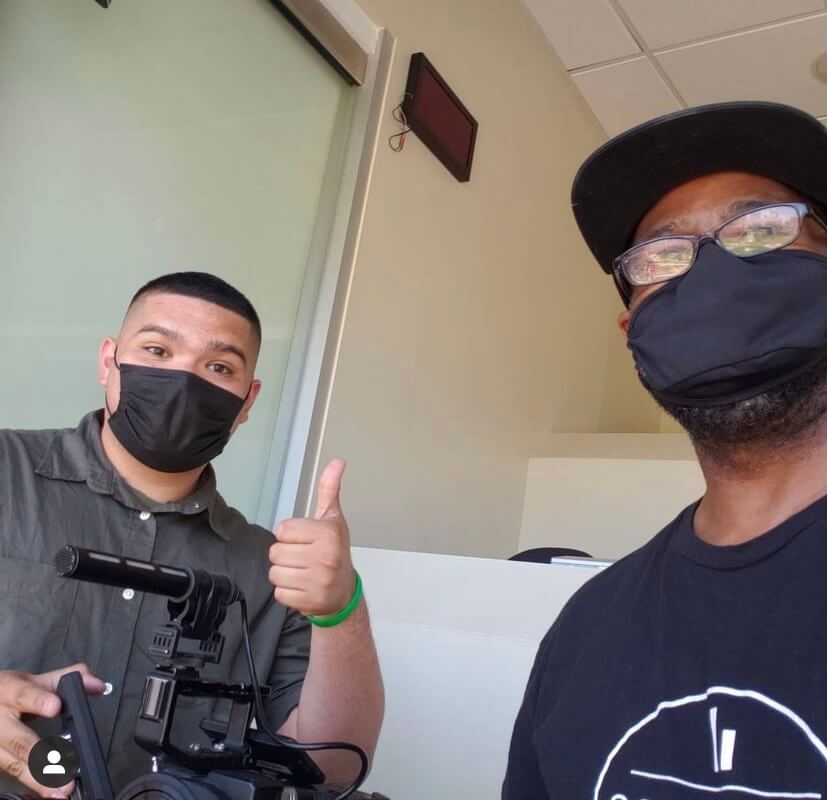 What’s the award-winning documentary about?

“[It’s] called ‘Sounds of the Sidewalk.’ It’s about this homeless man named Steven Reid. And he came to this woman named Michelle, and then she came to us saying, ‘Hey, you know, like I have this project and I want you guys to work on it with me.’… [Steven] had actually written a song, and that the choir performed… on “America’s Got Talent” and got the golden buzzer and literally two hours later, he had passed…. That was… the last thing he heard. So… not even knowing this guy but knowing the impact he made was just really emotional…. At the time I was still an extern… it was really nice, you know, just being there, like, not even knowing how far it [would] take us. …

We won the best documentary under 45 minutes at the New York International Film Festival, I believe it was.”

Care to tell us about any projects you’re working on?

Right now, me and my brother are working on part three of our three-part music video series… [for] three singles he had…. So, we’re getting ready to finish that tomorrow. …
I’m 19 right now. So there’s just so much ahead. So, that’s what I’m working on right now.”

Your brother Justin recently enrolled in Recording Connection for Audio Engineering & Music Production. What do your friends and family think of your experience in our program and how fast you’ve been able to get going in film?

“At first my family was a little skeptical, like, ‘Oh, you know, you’re putting a lot of time in there.’… Now they see that I’m hired on, and that what I’m doing now… and they’re really supportive of it…. My friends… they’re all, like, artistic people and… they know what it’s about.


John tells how he proved he had the right stuff and got hired at EQ Studios, right where he trained! 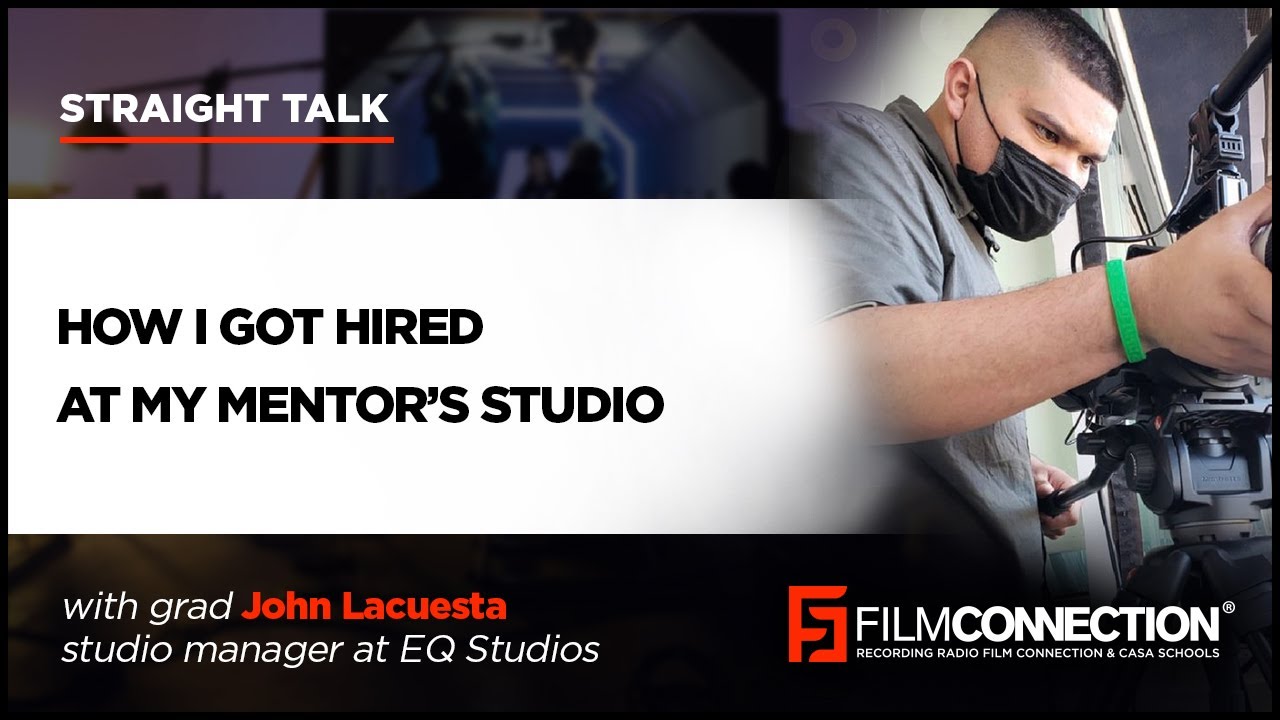