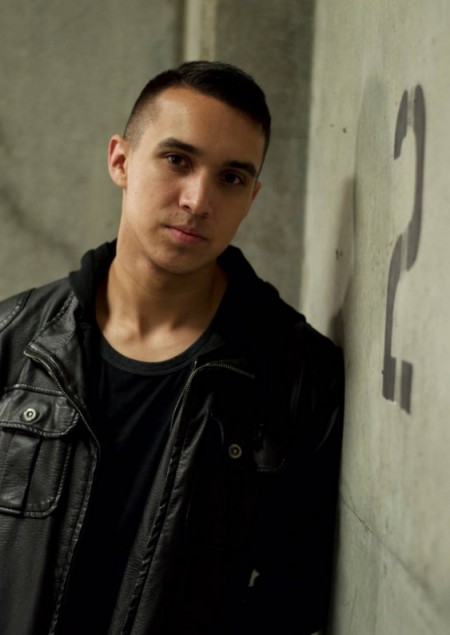 Jonathan isn’t working on getting his first big movie made. He’s not pitching a script. He’s not trying to “make it big.” At least, not right now.

Instead, Jonathan is working on his portfolio.

“I’m just focusing on finishing all the work for school and building my portfolio of all the work that I’ve already done, and just getting all that together so that I’m able to show to people,” he says. “That’s my project right now.”

In order to build his portfolio, Jonathan has even taken on a couple of unpaid opportunities obtained through connections he made as a student (and with the help of his mentor) so he can build his experience. “One is with at Karga Seven Pictures, they’re at LA Center Studios,” Jonathan says. “And then my other one…the whole company is called Musa Productions. The main branch that I’ve worked with them is the All Warrior Network, which is military entertainment. They’re in for documentaries and short films…Something like a media comedy thing about what is going on in the military.”

Jonathan credits his pragmatic approach to breaking into the film industry to his Film Connection mentor, LA-based producer Daniel Sollinger, who ingrained into him the need to be both persistent and competitive from the very beginning.

“He made it real to me [that] if you don’t strive and you don’t keep competing, you’re not going to succeed, basically,” he says. “This is a very persistent business. You got to keep moving and motivating yourself no matter how many people there are that you think that could be better than you. You’ve always got to improve yourself and striving to do the best you can.”

Interestingly enough, film wasn’t Jonathan’s first career choice. “Originally, my interest was in being a mechanic,” he says, “but then in high school I’d taken more of those classes, and it didn’t seem a like a good career fit for me. Then I eventually took photography, and that’s what got me interested in being behind the camera.”

Jonathan first discovered the Film Connection by researching online, and he says he was initially drawn to the program because of the on-the-job training (as opposed to a campus) and the affordability. But when he first met his mentor, he was hooked for another reason entirely.

“I have looked at some other trade schools, but they didn’t seem legit,” he says. “They were just very laid back. They weren’t so much talking seriously about the whole industry…The mentor that interviewed me, he actually had the desire to teach rather than just be there and getting paid… I just saw that he actually had a passion for film and wanting to teach me and wanting to teach as many people as he could…It’s definitely more than beneficial for me to have someone that I can count on rather than just having a professor I wouldn’t be able to talk to in the classroom, with like 200 students.”

As he worked through his externship with Daniel, Jonathan says he appreciated being able to work through the course curriculum online. “I’ve always been more of a self-taught person, so having that curriculum and being able to study on my own compared to being in the classroom has benefited me,” he says.

Daniel also made sure Jonathan had plenty of on-the-job experience, as well—including giving Jonathan the role of cinematographer for an important and timely documentary he was working on. “It’s about how there’s so few Latin American people in the business…like minorities in the film business,” says Jonathan. “He’s just kind of getting their background and just to show, like is it possible to be in the film industry, you know, compared to other races.”

Having recently completed his externship, Jonathan has been able to hone in on the type of work he most enjoys in film (editing and writing, he says). He’s also learned a few things about networking, both in physical meetings and with social media, and he’s been surprised about how quickly and easily one thing can lead to another as his mentor started trying to connect him to other work opportunities. “It opened up more connections that I never thought I was going to get,” he says.

Jonathan recalls in particular how easy it was to land one of his current opportunities with the guy who interviewed him. “Even the simplicity of it, it just seemed really casual…It wasn’t so much of like he had to question me about everything in order to see I was interested. He knew that I’m going to be interested. He saw the potential in me, so he gave me that opportunity.”

And so, even though Jonathan has dreams of working on bigger films and perhaps even having his own production company, for now he’s working on his portfolio and his connections. He admits that sometimes he feels fatigued from the work, but he keeps it in perspective.

“I remind myself of the other jobs that I have had that [have] just been so stressful and annoying,” he says. “If I’m going to be tired, I might as well be tired for something that I enjoy, you know?”

Even so, it’s clear that Jonathan has his eye on the bigger prize, and has the passion, persistence and a willingness to pay his dues in order to get there. He’s in it for the long haul. “Slowly but surely I see my career starting to fall into place,” he says. “I know I’m not anywhere near where my ultimate goal is, but I am definitely on my way there. One thing is for sure, I’m not going to let anyone or anything stop me.”